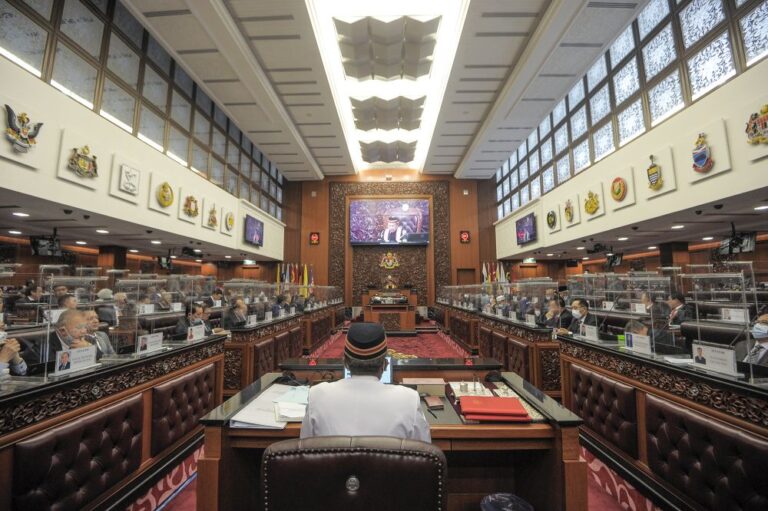 PH also said it is ready to join the committee to study hybrid Parliament sitting as long as the Dewan Rakyat is held before the date. ― Picture by Shafwan Zaidon

KUALA LUMPUR, June 23 — Pakatan Harapan (PH) presidential council has today called for Parliament to reconvene before August 1 in order to adhere to the wish of the Yang di-Pertuan Agong that the Parliament should return as soon as possible.

PH said in a statement that in order to allow discussions between MPs about the Emergency, the date should be before the current Emergency proclamation expires.

“In accordance with Article 150(3) of the Federal Constitution, a sitting of Parliament is necessary held before August 1 so that the Proclamation of Emergency and the Emergency Ordinances can be presented and considered by Members of Parliament.

“At the same time, the sitting will provide space for Members of Parliament to discuss the National Recovery Plan, measures to overcome the Covid-19 pandemic and the necessity to increase aid for people who are under great pressure at this time,” it said.

PH also said it is ready to join the committee to study hybrid Parliament sitting as long as the Dewan Rakyat is held before the date.

“Regarding the prime minister’s proposal to set up a committee to study hybrid Parliamentary sessions, the Presidential Council is of the view that the establishment of the committee shall not be an excuse or reason to delay the Parliament sitting.

“Therefore, Pakatan Harapan is ready to join the committee with the terms of the sitting of Parliament as soon as possible, before 1 August,” it said.

Lim on June 19 suggested former Dewan Rakyat deputy speaker Nga Kor Ming should be allowed to be part of the government’s special committee studying how to hold a hybrid Parliament.

On June 7, Dewan Negara President Tan Sri Rais Yatim said a special committee is looking into the concept and method to implement hybrid Parliament sittings, which will draw from the experiences of countries such as the United Kingdom and Australia.