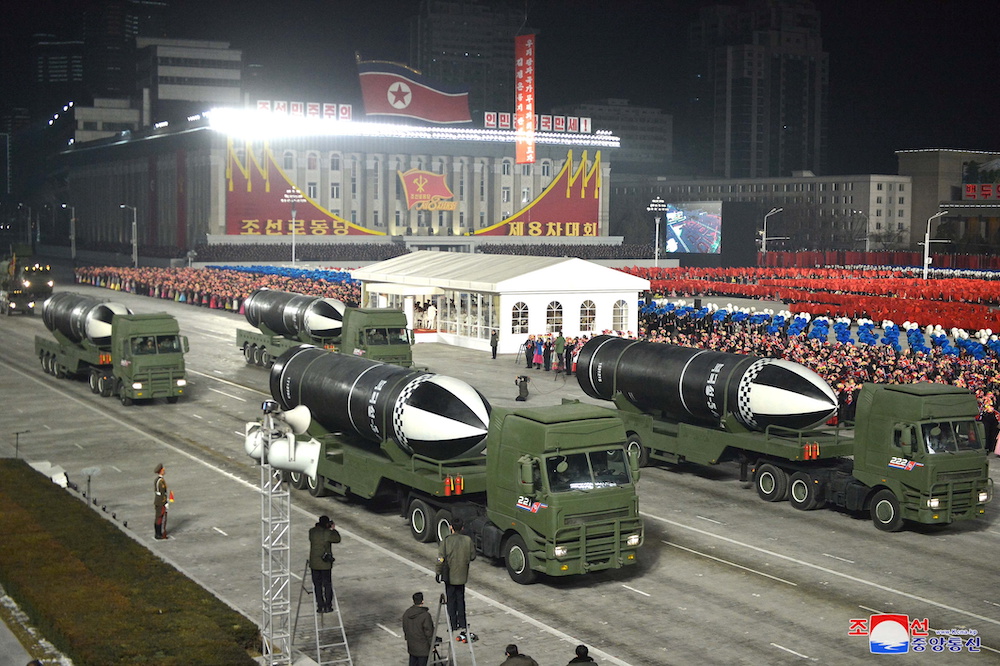 North Korea is grappling with its first acknowledged Covid outbreak, which it confirmed last week. — KCNA pic via Reuters

SEOUL, May 17 — North Korea has sent aircraft to China to pick up medical supplies days after it confirmed its first Covid-19 outbreak, media reported today.

In some of its first international flights since the coronavirus pandemic began more than two years ago, three Air Koryo planes from North Korea flew to the Chinese city of Shenyang yesterday and flew back with medical supplies later in the day, South Korea’s Yonhap news agency said, citing unidentified sources.

“They could operate additional flights as the amount they shipped this time doesn’t seem enough,” Yonhap quoted a source as saying, referring to the North Koreans.

North Korea is grappling with its first acknowledged Covid outbreak, which it confirmed last week, fuelling concern about a major health crisis due to a lack of vaccines and adequate medical infrastructure.

A spokesperson for China’s foreign ministry said it was not aware of the media reports and did not elaborate on any aid to North Korea.

China earlier said it would help North Korea fight the pandemic if it asked for it.

South Korea-based NK News also said satellite imagery showed unusual activity around an international airport in the North Korean capital of Pyongyang on Sunday in a possible sign of preparations for the flights.

North Korea reported a total of 1.48 million people with fever symptoms as of last evening, including 56 deaths, according to the North’s official KCNA news agency.

It did not say how many people had tested positive for Covid. — Reuters