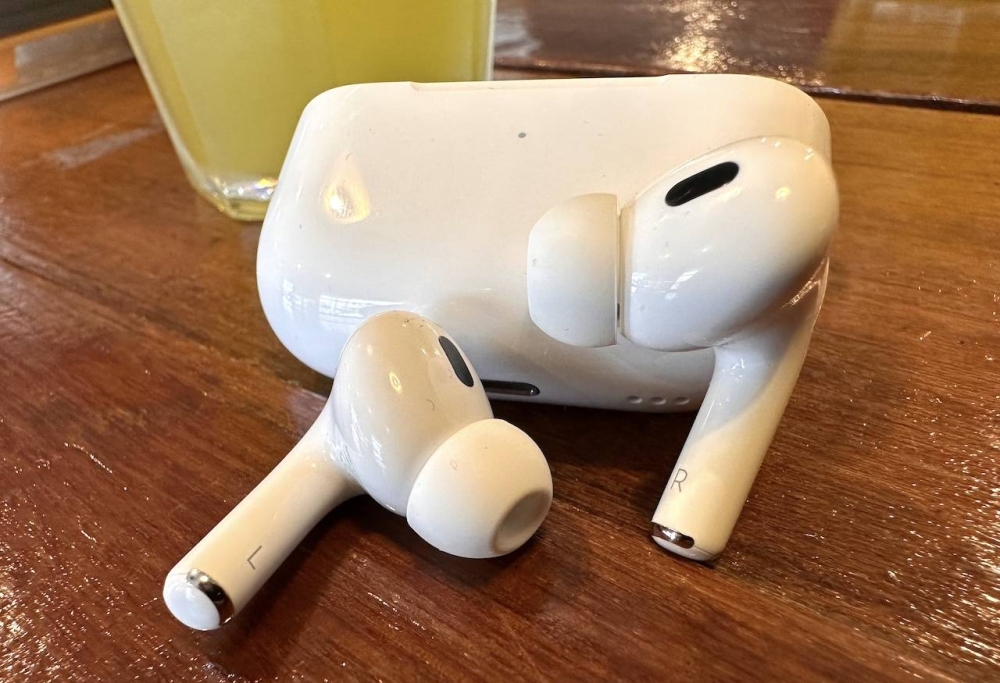 The new AirPods Pro gets a redesign not just in looks but sound. — Picture by Erna Mahyuni

KUALA LUMPUR, Nov 10 — I thought I would be more excited to test the first generation of AirPods Pro but while the active noise cancellation (ANC) was neat, I didn’t find the wearing or audio experience as good as my Moondrop Starfield.

While the eartips did provide a snug fit, I enjoyed listening to Apple’s Spatial Audio more on the AirPods Max.

The experience seemed a lot more limited on the tiny surface area of the AirPods Pro.

So I had my reservations about whether the new AirPods Pro would entice me enough to use them around the house or on my morning runs.

The short story is yes, for a variety of reasons. Instead of sitting down and going through test songs I decided, instead, to incorporate them in my hectic daily schedule.

The previous AirPods Pro earbuds I’d been testing were showing their limitations on my long runs — one time I was running for an hour and one side decided to die on me.

The other earbud lasted through my hour of running and pre- and post-exercise routines but then promptly gave out.

A couple of weeks later, I was running 100-minute long runs, often in the hot sun, which meant sweat was the order of the day.

How did the newer AirPods Pro handle my sessions? Without a problem. Even with ANC on, and volume at midrange, I still had enough juice left after exercise and performance remained constant throughout.

A problem I had with previous AirPods, even the AirPods Pro, was that I still worried about them falling out when I got really sweaty or a sudden burst of rain happened.

The AirPods Pro to their credit stayed right where they were, lodged in my ear, even when I had short sprint sessions though sometimes I would need to readjust them slightly as I went along/

There was never a time when they would just fall out, which unfortunately would be the case with the AirPods and even the Pro.

With the older AirPods, sometimes even adjusting my hoodie or glasses would see them flying but the new design is less obtrusive while also providing a more comfortable, secure fit inside my ears.

But does it sound good?

Perhaps the new Personalised Spatial Audio has some part to play — iOS 16 now lets you take a picture of your ear to make a personalised audio map.

Truthfully I did find the sound difference pretty marked.

With other AirPods I would have the compulsion to try and push the AirPods deeper in to get at what felt like a “missing” audio experience.

With the improved ANC that would isolate the audio better and muffle unwanted environmental noises, music listening was far more satisfying.

It was novel to feel as if the music wasn’t just playing from the “left” or “right” but ahead or around you and I’d say Apple engineers who had aimed at making a smaller version of the AirPods Max got pretty close.

The new Transparency mode is interesting — it’s not just turning off ANC but it also modulates sounds so if you pass, say, jackhammers, the AirPods would detect noise exceeding a certain limit thus muffling the noise.

I’d been considering getting specialised ear plugs that would still let me hear voices and music while dulling out noise to protect my hearing while also providing some sensory peace.

With AirPods Pro, you could just use them in lieu of specialised ear plugs so if you’re attending a concert, playing music “live” or in a situation where you need to worry about your hearing health, you could just set your AirPods to transparency mode and enjoy auditory calm.

The new AirPods Pro also comes with a MagSafe charging case by default so you can wirelessly charge it and perhaps taking a cue from the many AirPods protective skins or cases out there, now also has a loop to attach a lanyard to.

Besides that, it even comes with its own speaker so you can use Apple’s “Find My” feature to locate your AirPods Pro case. Never lose your AirPods case again!

Other quality of life updates include an extra ear tip for those with very small ear canals and one change I didn’t think about much was the addition of a touch strip to control the volume.

I didn’t find the volume control quite as intuitive or responsive as the squeeze to change mode, and it takes some getting used to but it still beats manually adjusting volume on your phone or Apple Watch.

The AirPods Pro 2nd-gen are already available at your nearest Apple retailer for RM1,099.