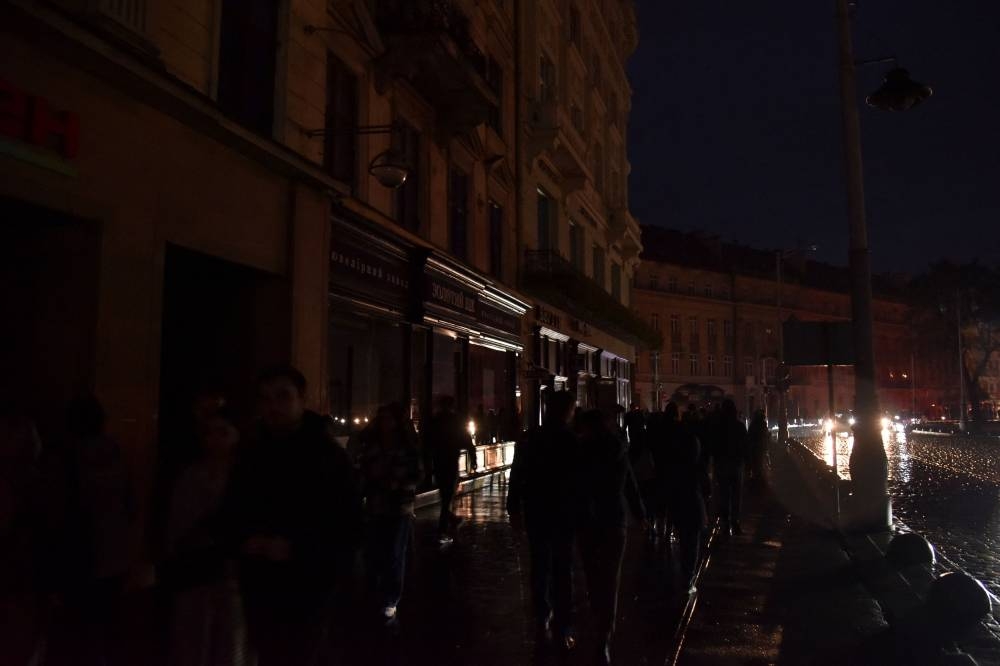 BRUSSELS, Oct 12 – More than 50 countries will gather on the sidelines of a Nato meeting in Brussels today to discuss bolstering Ukraine’s air defence, two days after Russian missiles rained down on cities across the country, including the capital Kyiv.

Advanced air defence systems are designed to protect entire cities from air attacks. Russian air raids on Monday killed 19 people in Ukraine, wounded more than 100 and knocked out power supplies across the country.

He called Russia’s missile attacks a sign of weakness and a result of the fact that President Vladimir Putin was running out of alternatives.

“Ukraine has the momentum and continues to make significant gains while Russia is increasingly resorting to horrific and indiscriminate attacks on civilians and critical infrastructure.”

After an explosion on the Crimean Bridge, Putin on Monday warned Ukraine that there would be a harsh response if there were any further “terrorist” attacks, which he referred to as targeting Russia’s “critical civilian infrastructure.”

Last week, Russia’s ambassador to the United States said more military aid to Ukraine poses an “immediate threat” to Moscow’s interests, prolongs the bloodshed, and increases the risk of a military clash between Russia and the West.

Moscow, which calls its actions in Ukraine a “special military operation” to eliminate dangerous nationalists and protect Russian-speakers, has accused the West of escalating the conflict by supporting Kyiv.

Before Nato defence ministers kick of their talks with a dinner today, they are set to meet with partners of the Ukraine Contact Group, a body established on initiative of the United States to keep up arms supplies to Kyiv.

Discussions of the more than 50 countries will focus on providing additional air defence systems to Ukraine, said the US ambassador to Nato, Julianne Smith.

The gathering of defence ministers is the first major Nato meeting since Moscow annexed several Ukrainian territories, announced a mobilisation and issued veiled nuclear threats, moves that Nato has classified as a clear escalation of the war that started with the invasion of Ukraine on February 24.

Attacks on the Nord Stream pipelines running under the Baltic Sea have contributed to heightening the tensions, although it remains unclear who was behind the explosions.

Nato warned Moscow on Tuesday that it would meet attacks on allies’ critical infrastructure with a “united and determined response” and was also monitoring Russia’s nuclear forces closely.

Stoltenberg said that while the alliance had not seen any changes in Russia’s nuclear posture, it was vigilant and would proceed with its annual nuclear preparedness exercise next week.

He was referring to the “Steadfast Noon” exercise, in which Nato air forces practise the use of US nuclear bombs based in Europe with training flights, without live weapons.

Cancelling the drills because of the war in Ukraine would send a “very wrong signal”, Stoltenberg said.

“It’s an exercise to ensure that our nuclear deterrent remains safe, secure and effective,” he remarked, adding Nato’s military strength was the best way to prevent any escalation of tensions.

Stoltenberg also pledged to boost the protection of critical infrastructure in response to the attack on the Nord Stream gas pipelines, saying Nato had already doubled its presence in the Baltic and the North Seas to over 30 ships supported by aircraft and undersea activities.

“A deliberate attack against allies’ critical infrastructure will be met with a united and determined response,” he warned. – Reuters