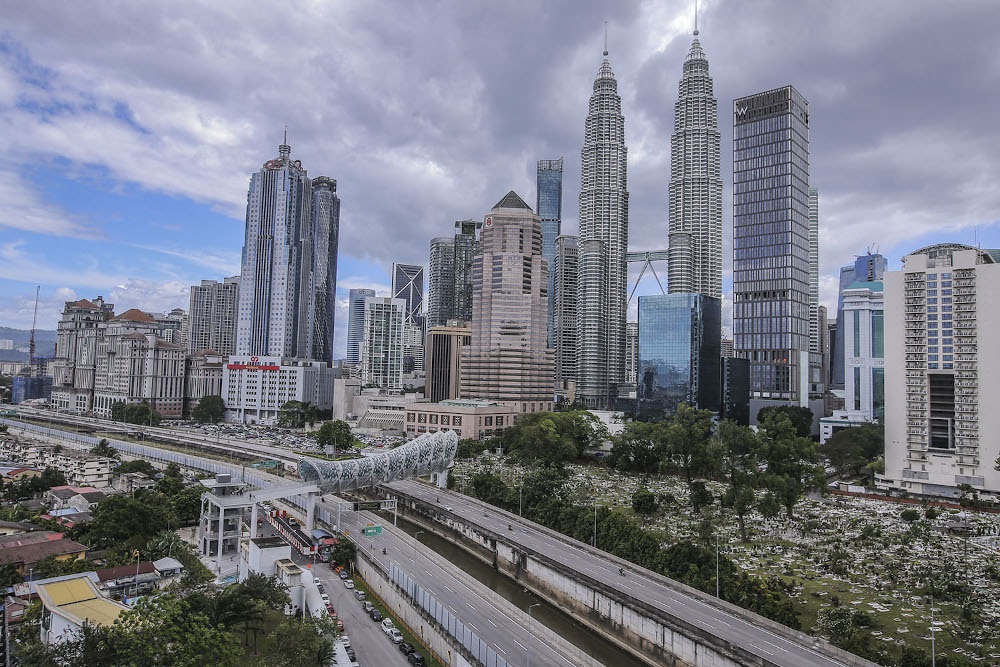 KUALA LUMPUR, April 25 — Developers are still struggling to fill up vacancies that have spanned five years despite adding more purpose-built office and retail spaces in 2021, according to the National Property Information (Napic) report for that year.

Despite a slightly higher take-up rate for these offices in that period, just over 171,000sm — the total occupancy rate dropped close to 2 per cent.

Still, the increases were not enough to offset the additions. The occupancy rate for retail spaces in 2021 fell by over 1 per cent to 76.3 from 77.5 per cent the previous year.

The latest Napic data underscore warnings about a potential real estate market bubble that could soon burst as developers add more supply to the glut of empty spaces and buildings amid stagnant demand.

Pankaj C Kumar, an investment analyst, commenting on the Napic report in his column with English daily The Star estimated that the oversupply could grow up to 436,000 units by 2030 with an unsold value of RM222 billion if developers continue to add more buildings at the current 10 per cent annual growth rate.

“It is rather shocking that even as far as early 2018, market watchers were out with the red flags, and today, from the level we were four years ago, the market’s overhang in terms of volume has doubled, while in terms of value it is up by almost 120 per cent,” he wrote.

“An interesting fact from this data is the overhang within the high rise segment (which includes residential high rise, commercial service apartments, and Soho units) is now at a new record high of 44,800 units worth some RM33.32 billion.”

The three subsectors form two-thirds of the overall market overhang in volume and nearly three-quarters of the total value.

The total number of units under the three segments that remained unsold and under construction in 2021 was 111,804 units with a value of about RM60.6 billion, bringing the total overhang and those under this category to 167,104 units worth some RM101.4bil.

The total number of units that remained unsold and under construction rose 10.1 per cent to 183,918 units in just a year, the Napic data showed. Total overhang value from the segments jumped by a huge 8.1 per cent to RM109.7 billion.

“It took just four years for the overhang to double in the market and with the value of those under construction at 150 per cent of overhang,” the analyst noted.

“Simple arithmetic seems to suggest that we may see the market experiencing an unprecedented amount of unsold properties by 2030.”

For office and retail spaces, a five-year occupancy rate trend showed a marked decline. The take up rate in the former segment dropped to 78.3 per cent in 2021 from 83.3 per cent in 2017.

Vacancies in malls have more or less stagnated within the same five year period, but the additions of new and often bigger complexes have dragged the occupancy rate down from 81.3 per cent in 2017 to 76.3 per cent last year.

“As developers and financiers pour more money into development-related activities and if we see a sustained increase in unsold properties, especially units that are completed but remain unsold, the key risk for developers is rising inventories,” Pankaj warned.

“This will also result in developers’ having cash tied up in unsold properties and if their finances are not strong enough, they would have to resort to more external funding, be it in the form of new equity or debts.”