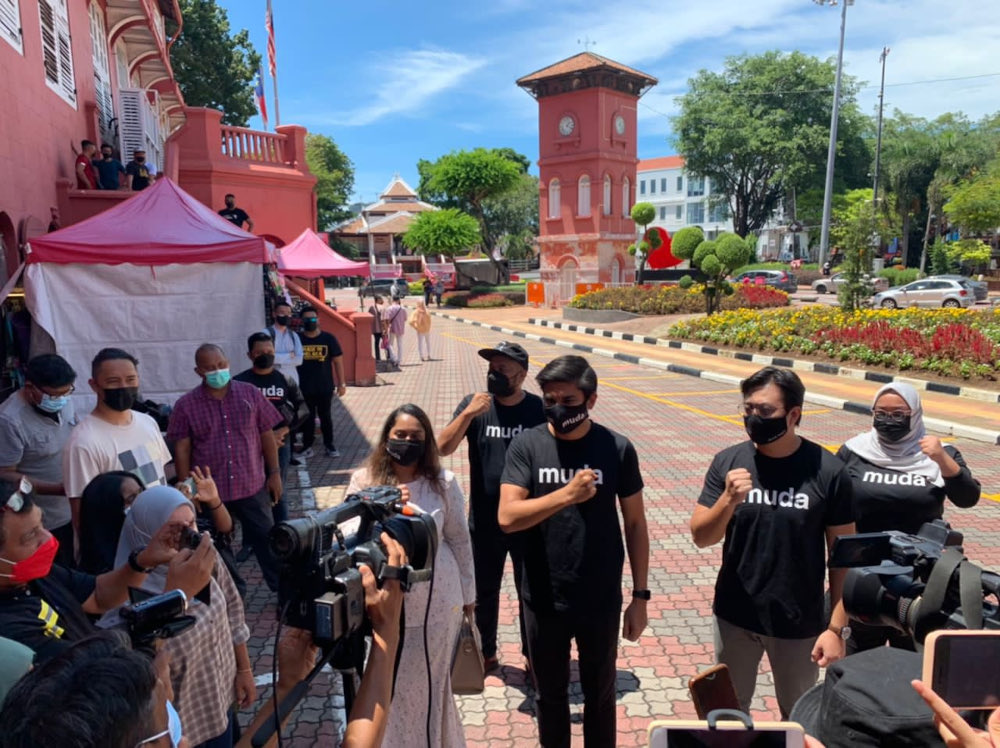 The Muda press conference was held to announce that the youth-centric party would contest in the Melaka state election despite not yet being officially registered. — Picture from Twitter/TaufiqZarak

KUALA LUMPUR, Oct 27 — The Malaysian United Democratic Alliance (Muda) party said it has been fined RM4,000 for holding a press conference to announce it will contest in the Melaka state election.

Muda secretary-general Amira Aisya said on Twitter that a party member had been called to the Melaka police headquarters after the press conference.

“We adhered to the SOPs. We got permission. The press conference only had five people. It didn’t even last 10 minutes,” she said.

“We were fined RM4,000. When are you issuing fines to Datuk Seri Najib Razak? When will you fine Barisan Nasional? The people are watching. Stop the double standard!”

In a video attached to her tweet, Amira claimed the authorities had given the party permission to hold the press conference the day before, so long as they abided by standard operating procedures (SOPs) including social distancing.

She said the authorities confirmed the matter when Muda contacted them prior to the PC, and questioned why the party was consequently fined.

Amira then pointed out that Najib and BN have yet to receive similar fines.

“When Najib was in a packed hall, why was he not fined? Why was BN not fined when he (Najib) did not adhere to the SOPs?

“Why were we hit with a RM4,000 fine when our press conference was held at an open public space in compliance with SOPs?” she said.

“Umno-BN launches its machinery (in a) big hall, mass gathering, no social distancing, from night to morning, no action taken. The people of Melaka must punish this party!” he said on Twitter.

The Muda press conference was held to announce that the youth-centric party would contest in the Melaka state election despite not yet being officially registered.

The Melaka state election will take place on November 20.