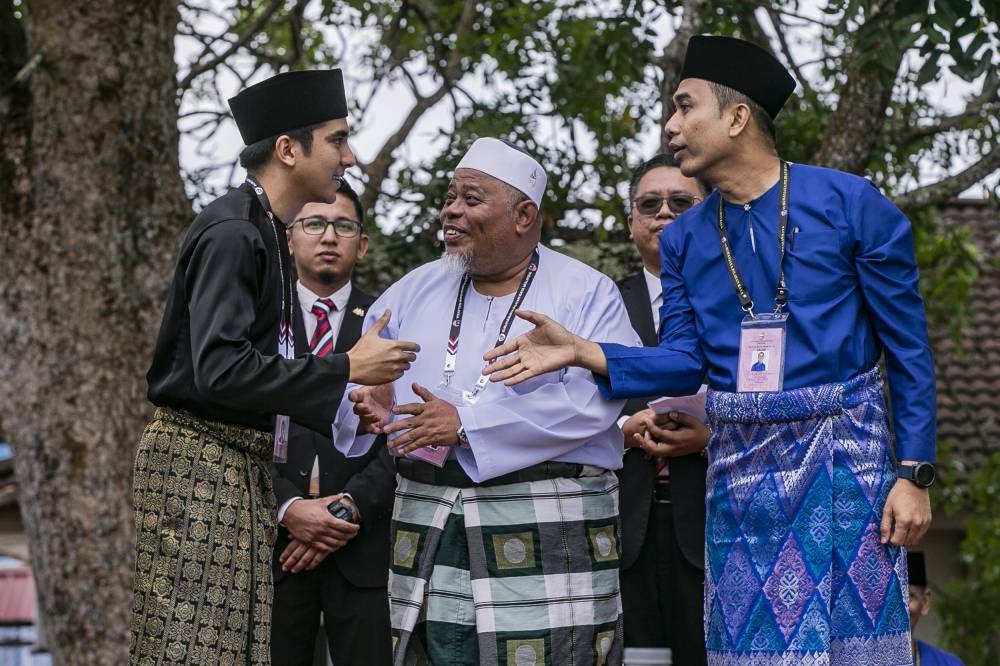 MUAR, Nov 12 — Being in Barisan Nasional means Mohd Helmy Abd Latiff knows he is saddled with the stigma of corruption that has long plagued the coalition.

But the local who will be BN’s bet to unseat the popular incumbent, Syed Saddiq Syed Abdul Rahman of the Malaysian United Democratic Alliance (Muda), believes most Muar voters are more concerned about solutions to very local problems.

Hence, BN’s machinery in Muar, a seat with a population of some 300,000 that sits in the north of Johor, has focused mostly on championing issues unique to the constituency.

“My vision has more clarity — that is caring about Muar. Local problems are my priority compared to national issues,” he told Malay Mail in a brief interview amid the campaign trail.

“I want to spur growth of the local digital economy by 100 per cent so Muar entrepreneurs will know how to use e-wallets. Even donations for mosques and surau can be done through e-wallet.

“It’s far more logical, doable… other candidates talk about national issues. But I’m not trying to be the prime minister or aim for a federal post. I only want to focus on Muar because I am a Muar boy,” he added.

From a local perspective, BN’s more modest targets made sense. Muar is a bustling town where trade and business are thriving. The constituency prides itself as the hub for furniture manufacturing in the south, and was a booming cultural tourism industry before the pandemic wrought havoc.

In some parts of the town — or city, depending on whom you talk to — are several affluent neighbourhoods, arguably a testament to Muar’s thriving economy.

The houses that line its streets are large and luxurious, many with tasteful architectural designs on par with those seen in some of the wealthier neighbourhoods of Kuala Lumpur and Selangor.

Yet one cannot help but notice that Muar still operates in a culture of a bygone era.

Most businesses, in particular micro enterprises owned by Malays in the more rural areas of Muar, remain informal because they are still unregistered, which makes it hard for them to access credit and bank loans needed to grow and expand.

This informal status also means the financial technology that was made a necessity by Covid-19, like e-wallets, is largely out of reach. Many traders in Muar still transact with hard cash, in or outside the town centre, and they scarcely understand how these applications work despite the visibly high ownership of smartphones among the seat’s rural inhabitants.

In the case of a highly popular cendol stall right in the heart of Muar, payment can be made through a QR code or an e-wallet. But just one of its handful of mostly young staff actually knew how to operate these applications.

“So, why are we talking about development in Muar? Is that really what Muar needs?” A BN campaign strategist said at the sidelines of a walkabout on Friday morning.

“What we need more here is assistive programmes to educate locals about how to adapt to digitalisation. Muar is already doing fine. We just need to build on that,” he added.

BN’s more “realistic” vision could also have been tailored to suit the tired mood that has come to characterise the campaign trail so far, which analysts attribute to a growing weariness towards politics in general in the aftermath of the 2020 “Sheraton Move” and a pandemic.

In Muar, voters’ response to the candidates up until now has been lukewarm and, most times, indifferent. People may be polite and cordial when approached by candidates but showed little of the excitement seen at the 14th general election. Some pundits are predicting voter turnout to be dismal come November 19.

Still, the political stakes remain high in Muar. For BN, beating the highly popular Syed Saddiq would be a feat for a coalition that is struggling to endear itself to the country’s youth.

Various polls in the lead up to the election found most young people associate BN leaders with corruption.

When asked to comment on the matter, Mohd Helmy acknowledged the problem but suggested the issue is played up by the Opposition parties to avoid constructive debate.

“Corruption issues are just recycled and peddled. Proof shows that the court has decided… all parties have been linked with graft allegations and are on trial. If you’re guilty, you’re guilty,” he said.

“That is why I am anti-graft and it’s something that I will fight for because corruption is not our culture and practice.”