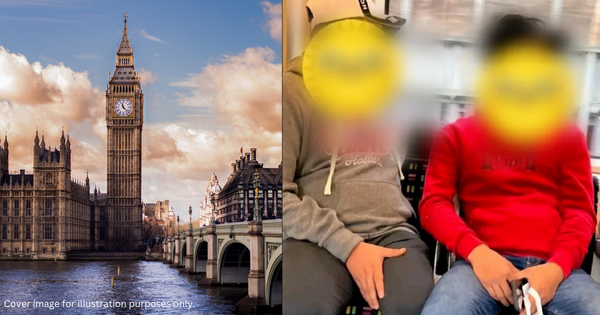 The Kelantanese siblings, Mohamad Araz Abdullah, 23, and Mohamad Aiman, 30 (not their real names), said they were promised a once-in-a-lifetime opportunity to change their family’s fortunes and help pay back the money borrowed from their mother, reported Harian Metro.

After seeing a video and photos posted by a man they have been following on TikTok, the brothers contacted a phone number listed in the man’s comments.

“We contacted a man claiming to be an employment agent in London, and he agreed to meet us in Kuantan, Pahang, to discuss the procedure of moving there,” said Araz.

However, he demanded a total payment of RM10,000 to cover all the costs.

“When we were making a video call (with the agent), we tried to explain our situation here and our efforts to get a job,” said Araz.

According to him, the purported agent, who is in his 30s, also showed pictures of people he claimed to have successfully sent to London to work as general workers.

Araz added that after consulting with their family members, he and his brother sought the assistance of their 54-year-old mother, a food stall operator in Kuantan, to finance the trip’s overall cost by using her savings.

Image for illustration purposes only.
Image via jcomp/freepik

The ‘agent’ also said his representative would greet them upon their arrival in London.

However, once they had arrived, all the promises the agent made to them fell through.

The siblings were left stranded and homeless with only RM3 in their pockets. Fortunately, they were saved by another Malaysian living there.

During those four painful days on the streets of London, the siblings said they had to live on the pavement outside a building, eat food donated by a church, sleep in the cold 14?C weather, collect leftover food left behind by strangers, and beg for money from passersby to survive.

On the third day, they met someone who suggested they go to Bayswater, a district of the City of Westminster in West London, because there was a Malaysian community there.

“We walked almost two hours on the fourth day to Bayswater, and there we met Mich, a Malaysian who became our rescuer,” said Araz.

The siblings were reduced to tears when they finally met a Malaysian who was willing to help them turn their fate around.

The siblings’ living conditions while being homeless.
Image via Ihsan Mich/Harian Metro

Mich provided them with temporary housing, food, and contacted their families to inform them of what had occurred to the siblings

Upon inspecting the siblings’ flight tickets back to Malaysia that were provided by the ‘agent’, Mich discovered they were fake.

He added that one of the siblings had thought of committing suicide because he was too depressed with their living conditions.

Mich is currently trying to help the siblings find a job with the help of an employer.

“Throughout my time being a restaurant chef here, I have never heard of an employment agent who can help people find a job here,” said Mich.

“I hope Malaysians will not be misled by the sweet promises of certain individuals or syndicates,” he added.

Recently, a group of Malaysians escaped a job scam syndicate that was holding them captive with the help of Laotions:

In September, a 23-year-old Malaysian’s ashes were brought back home by his parents after he fell victim to a job scam syndicate that tortured him: