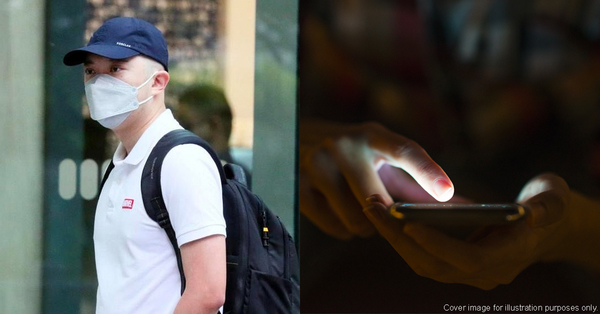 According to The Straits Times, 37-year-old Ooi Chuen Wei was sentenced to 40 months’ jail yesterday, 26 October.

Ooi faced a total of 21 charges of cheating by impersonation, of which he pleaded guilty to six yesterday.

He called himself ‘Dr Janice Lee Yan Hooi’ who worked at ‘Gleneagles Medical Singapore’, and used a random photo of a Malaysian woman as his profile picture to gain the trust of his victims.

To make his account seem more legitimate, he initially added both men and women as friends on Facebook, and also created Instagram and LinkedIn accounts using the same name.

Ooi then sent female victims a message, introducing himself as Dr Lee and offering to share a medical plan for monthly breast and sexual health consultations

He would then send them step-by-step instructions on how to conduct a massage of their breasts and screen their genital area, and asked them to send him videos of themselves doing so.

Ooi told the victims that the videos would help him diagnose their health issues, so he could provide them with a treatment plan.

He sent victims messages in Mandarin, as he specifically targeted Chinese women.

He also asked victims to fill out templates and surveys with questions about their sex lives.

According to CNA, the charge sheets stated that the victim who was cheated the most had sent 46 photos and 12 videos of her breasts and vagina to Ooi over 24 occasions.

Image for illustration purposes only.
Image via Freepik

The victim reported that she had fallen prey to the scam before realising that there was no such doctor from Gleneagles.

Today Online reported that during the investigations, Ooi admitted to the scheme and described his modus operandi in detail.

Investigators said there was no evidence that he circulated or distributed the material he solicited. They also found that there were seven other victims that he attempted to cheat, but was unsuccessful in doing so.

The electronic devices that were seized on 11 November 2021.
Image via Singapore Police Force/CNA

In sentencing, district judge Luke Tan noted that there was a high number of victims involved and the offences took place over a prolonged period of time

Deputy public prosecutor R Arvindren sought at least 44 months’ jail. He said Ooi exploited the trust that the victims had in doctors, in what was a telemedicine scam.

In mitigation, Ooi’s defence counsel, Lee Terk Yang, told the judge that there was no physical contact between his client and the victims.

The lawyer asked for a lighter sentence as Ooi had lost his job, his friends, and soon-to-be fianc?e over the past year, had time to reflect, and is now a changed man.

The judge sentenced Ooi to 40 months, or three years and four months, in jail.

In January, a 27-year-old Malaysian woman was charged in Australia for pretending to be a medical intern for seven months:

Beware of fake or unlicensed doctors. Here’s how you can check the registration status of doctors and dentists in Malaysia online:

In Malaysia, many pretend to be doctors offering low-cost services but are actually endangering the lives of those being ‘treated’: