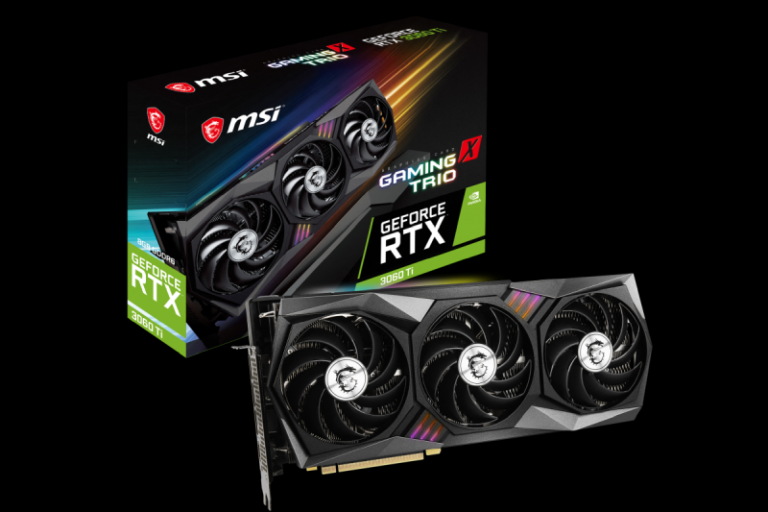 There Gaming X Trio variant of the RTX 3060 Ti is the premium lineup of the three series, fitted with all the premium bells and whistles that MSI has to offer. This includes its TORX 4.0 triple fans, coupled with its Tri Frozr 2 cooling system and massive heatsink sitting beneath it. Of course, as it is still the trend, the card is also adorned with MSI’s Mystic Light RGB LEDs.

Powering up the card will require two 8-pin PCIe power connectors, which is one more than what is needed to run the card. As for its performance, MSI has overclocked the card’s boost clock to run at 1830MHz.

Moving down the list is the Twin Fan OC variant of the RTX 3060 Ti, a card that sports what can only be described as a barebone design and aesthetics. It employs a dual-fan thermal design and also has access to MSI’s Zero Frozr fan technology. In terms of clockspeeds, the card has a slightly higher than standard 1695Mhz boost clock. Also, it simply requires one 8-pin PCIe power connector to run.

Regardless of card and I have mentioned in previous articles, the base of all the GeForce RTX 3060 Ti variants mentioned here still run on the same 8GB GDDR6 graphics memory, 14Gbps memory speed, 4864 CUDA cores and 256-bit memory bus.