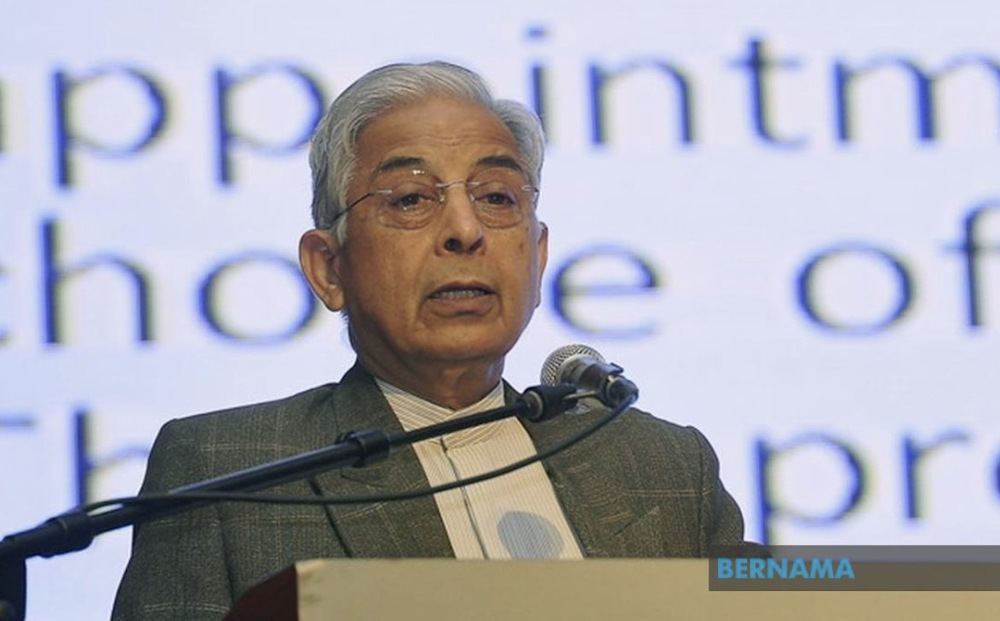 Emeritus Prof Datuk Shad Saleem Faruqi is seen in this file picture taken in Putrajaya on August 6, 2017. — Picture via Twitter/Bernama

KUALA LUMPUR, April 10 — Any Member of Parliament (MP) who switches parties should resign from his or her seat and go back to the rakyat (people) for a by-election to secure a new mandate, opined law expert Emeritus Prof Datuk Shad Saleem Faruqi.

The Holder of the Tunku Abdul Rahman Chair, Faculty of Law, Universiti Malaya, said that in his personal view, it was a proposal that he would put forward if an MP hops to other parties.

“Maybe he (the MP) has genuine moral, ideological, conscientious objections concerning his party’s direction, but in that case he must go back to his voters and say ‘thank you for electing me last time, now I’m wearing a new songkok (hat) and you got to trust me again about the reasons I left the party and I want you to give me a new mandate’.

“However, this proposal will need a repeal of Article 48, Clause 6 (of the Federal Constitution) because it says if any MP resigns from his seat, then for the next five years is disqualified from contesting any parliamentary seat. So we’ll need a constitutional amendment to Article 48, Clause 6 as well as Article 10,” he said in The Nation programme entitled ‘The Anti-Hopping Law’, aired by Bernama TV today.

According to Shad Saleem, the issue of party hopping is not new in the country as defections had caused the fall of governments, among them in Terengganu as early as 1962, Sarawak (1966), Kelantan (1977) and the Federal Government in the last two years, which he said had brought chronic instability to the country.

Shad Saleem said there are 41 or so nations out of 193 that have anti-defection laws, among them India, Singapore, Israel and in Malaysia involving the states of Sabah, Kelantan and Penang which have experimented with anti-defection laws.

“I’ve read with some concern a very extreme proposal in Malaysia that switching camps midway should be an election offence under Article 48 and should be a cause for the seat to fall vacant and a five-year disqualification applies. I don’t think we should bring criminal law into the picture here,” he said.

A second alternative according to him, would be that if an MP resigns his party, votes against the party, or defies the party on an important issue, then the party can inform the Speaker that the MP is no longer a member of the party.

He said it means that such a proposal would be for consolidating party unity whereby it then becomes the constitutional ideal, but the disadvantage is that it would give the party leadership too much power which makes any member of the party to be unable to say anything or challenge the party leader.

“The problem is this, if the party doesn’t have the power to take actions against an MP, then I’ve been informed by some people, that what the MP could do is stay with the party formally, but keep on voting against it, thereby actually, even possibly bringing the party to a defeat on a vote of confidence.

“Sadly, there’ll be no solution which is perfect, as in life, so in law we will have to walk the middle path and arrive at what possibly will be the lesser of two evils,” said Shad Saleem.

A special Parliament sitting to table and debate the Constitution (Amendment) (No. 3) Bill 2022 will be held tomorrow, in which the tabling and debate would involve enactment of an enabling clause under Article 10 of the Federal Constitution to allow a new act prohibiting MPs from switching parties to be legislated.

However, the Constitution (Amendment) Bill on Anti-Party Hopping, which was scheduled to be tabled, debated and passed at the special meeting, has been postponed to another special sitting of Parliament to be determined later. — Bernama