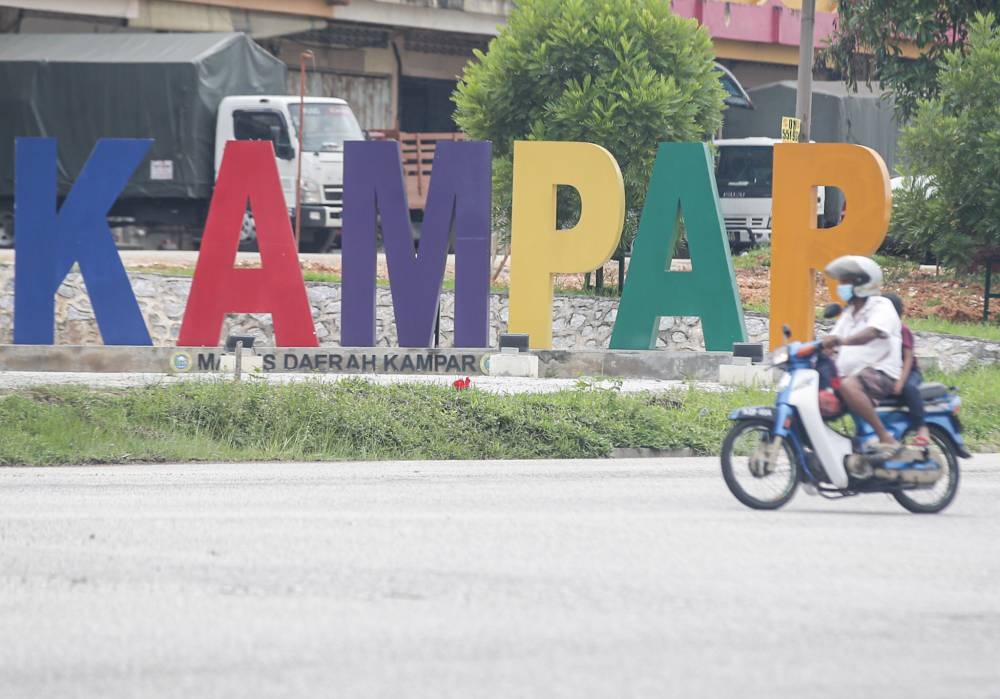 KAMPAR, Nov 12 — Despite making its mark in constituencies like Gopeng and Kampar, Parti Warisan (Warisan) may not be able to compete with more familiar political parties such Pakatan Harapan (PH), Barisan Nasional (BN) and even Perikatan Nasional (PN).

This will be of concern for the party in Perak, where most voters Malay Mail interviewed said their affinity towards a political party or coalition would influence their voting choice more than the candidate.

R. Kumaran, 39, who will be casting his vote for the fourth time in the upcoming general election, said Warisan has been serving in the Gopeng parliamentary constituency for about two years since the time of the Covid-19 pandemic.

“Yes, I know the party. I can’t really say that they are very new here.

“The party’s candidate Dr G. Balachandran has been serving and helping the community here for about two years now,” he told Malay Mail when met at his newsstand in Gopeng town.

However, Kumaran said Balachandran is not local, but from the neighbouring Batu Gajah town.

“The support for PKR is strong here and the seat is also held by the party for three terms. I don’t think Warisan stands a chance here,” he said.

Tan Hock Lai, 68, says the support for PKR is strong in Gopeng. — Picture by Farhan Najib

Another voter Tan Hock Lai, 68, said Gopeng has been PKR’s stronghold for more than a decade.

“I don’t know about the party (Warisan) until I received their election brochure recently.

“I also haven’t seen their candidate yet. Not sure who is the person. Here the support for PKR is strong,” he said.

For first-time voters like Nur Sakinah Mohd Daud, 22, who owns a food stall in Gopeng town, the party seemed to be less popular than its rivals.

“Sorry, I don’t know where is the party from. But the candidate who is contesting for the party recently visited us.

“The parties that we know are mainly PH and BN,” said Nur Sakinah, adding that Warisan has a slim chance of winning here.

In Kampar, voter Lear Dinnui, 67, who was of Siamese descent, said that he knows the party and its president Datuk Seri Mohd Shafie Apdal, but not its candidate contesting the Gopeng seat.

“As far as I know, the candidate never visited this area. We don’t even see the party’s flags or banners here. They can’t win here,” he said.

Another voter R. Gunasegaran, 65, a taxi driver, said that he is not familiar with the party and initially thought that the party was from Sarawak.

“No, they don’t have a chance here. Voters here are loyal to the parties. They have been supporting them for years, how do you expect them to vote for a party that they barely know,” he said.

Meanwhile, in the Malim Nawar constituency, which is under the Kampar federal constituency, Warisan has fielded their only incumbent Leong Cheok Keong, who is also Cheok Lung’s brother, to defend the seat.

Voter Baldus Awang, 70, who owns the Ra Nasi Kerabu Klate restaurant, said that it will be tough competition in the constituency.

“Yes, the voters will be loyal to their respective parties, but I’m sure they will also remember the contribution and service provided by the incumbent.

“So it’s difficult to predict their chances in this election. Even I am thinking about who to vote for as I know all the candidates. I can’t vote for all of them,” he said.

Parti Warisan will be contesting the Gopeng parliamentary seat in GE15. — Picture by Farhan Najib

Another voter, who only wanted to be named as Lim, 50, said that all the candidates have equal chances to win.

“I’m sure all the candidates must have some kind of confidence of winning, if not they wouldn’t want to be contesting at first place.

“But the votes here are based on party, not mainly for the candidates. Candidates may come and go, but the party stays. That’s why we should vote wisely,” he said.

Parti Warisan’s Leong Cheok Keong will be defending the Malim Nawar state seat in Perak for the GE15. — Picture by Farhan Najib

Meanwhile, Oh Ei Sun, senior fellow of Singapore Institute of International Affairs, said that Warisan is trying out a blue ocean strategy, a sort of reverse takeover by expanding to peninsula, unlike the usual route of peninsular parties spreading their wings to Sabah.

“But frankly Warisan is met with scant success in West Malaysia, such as losing overwhelming in Johor. It is doubtful if it could make any inroad at all in any West Malaysian states,” he said.

University of Malaya Centre for Democracy and Elections (UMcedel) sociopolitical analyst Associate Professor Dr Awang Azman Awang Pawi said Warisan is attempting to take advantage of the division of various parties and the likelihood of a vote split.

Parti Warisan will be defending the Malim Nawar state seat in GE15 in Perak. — Picture by Farhan Najib

“So Warisan feels that their chances of winning and losing are the same, although if we view critically, it is tough for Warisan to win comfortably,” he said.

Awang Azman said Warisan is using GE15 as a platform to introduce the party in Perak and penetrate West Malaysia.

“I think it will be difficult for Warisan to defend Malim Nawar as they are contesting against PH and BN, but it will be also an interesting clash to see whether Warisan is rejected completely or otherwise,” he said.

Parti Warisan will be contesting the Kampar parliamentary seat in GE15. — Picture by Farhan Najib

Senior fellow at the Nusantara Academy for Strategic Research (NASR) Azmi Hassan pointed out that Mohd Shafie embarking into peninsular to show that Warisan is a national party and not merely a state-based party.

“On their chances in the peninsular, I think they will fare similarly to Gerakan Tanah Air (GTA). Both parties will be facing huge disappointment,” he said.

“For the particular Malim Nawar seat, there are about 70 per cent of Chinese voters who are inclined to vote for DAP. I would say Malim Nawar is a DAP stronghold.

“The incumbent won the seat with DAP symbol, so his chances to defend the seat under Warisan ticket is very slim,” he added.

Apart from Gopeng and Kampar federal seat, Warisan also will be contesting the Tapah and Lumut parliamentary seat.