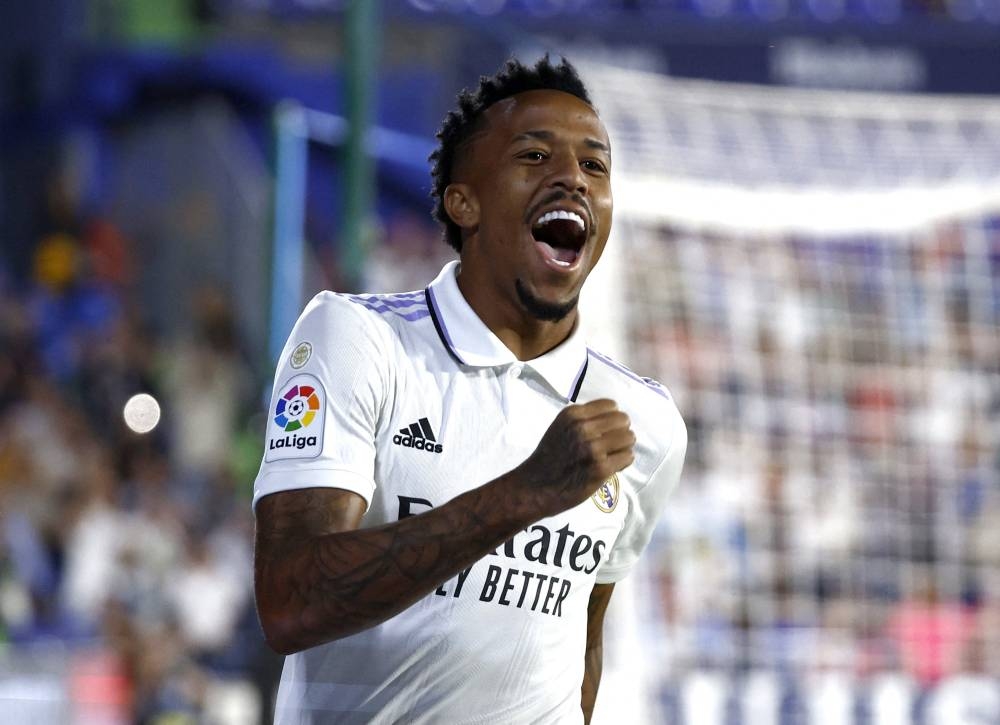 Carlo Ancelotti’s side now lead Barcelona by three points, ahead of Celta Vigo’s visit to Camp Nou on Sunday.

Benzema did not train on Friday and was not included in Real Madrid’s match-day squad, with the club hoping the French forward will be at full strength for the Clasico next weekend.

The striker failed to score in the two matches he has played since his return from a thigh injury and it didn’t take Los Blancos long to move in front without him. Eder Militao headed home from Luka Modric’s perfect corner in the fourth minute.

Borja Mayoral should have levelled against his former side but was unable to turn home Fabrizio Angileri’s cross-shot as Getafe bit back after Madrid’s intense start.

Madrid put together a slick team move before the break which ended with David Soria saving a Rodrygo header, before Vinicius Junior drew a penalty — or so he thought.

The Brazilian was clumsily felled in the area by Luis Milla but VAR spotted the ball had gone out of play in the build-up.

Madrid were foiled again before the hour mark when Rodrygo dinked the ball over Soria following a ricochet into his path, but the goal was disallowed for offside.

Getafe did their best to keep Madrid at arm’s length, with Vincius at his silky best on the ball, albeit too far from goal to do more damage.

With Rodrygo showing his talent too, it will be hard for Ancelotti to work out whom he might drop to fit Benzema back into the side.

Argentine forward Correa was at his explosive best to help Atletico, fourth, recover from a chastening defeat by Club Brugge in the Champions League in midweek.

“We are working to get higher up in La Liga, which is a complicated competition,” said Correa. “The Champions League is coming next and we want to win to bring our fans happiness.”

Antoine Griezmann started the game at the Metropolitano, amid reports in Spain that Atletico and Barcelona have settled on a transfer fee to make his loan move permanent.

He played a pivotal role in Atletico’s opener, with his clipped cross finished by Correa at the back post.

Then the Argentine striker intercepted Girona goalkeeper Juan Carlos’s pass early in the second half and stroked home his second.

Rodrigo Riquelme, on loan from Atletico, pulled Girona back into the game with a deflected drive from distance against his parent club, but they could not find the leveller.

At the Ramon Sanchez-Pizjuan, Sampaoli started his second stint at the helm of Sevilla with an exciting battle against Ernesto Valverde’s third-place Athletic Bilbao.

Sevilla came flying out of the blocks and Oliver Torres slid home after little more than three minutes.

Mikel Vesga levelled the scores with a long-range drive in the second half.

Sevilla remain 17th but under Sampaoli, who coached them in the 2016-17 season, they will be hopeful of clawing their way up the table.