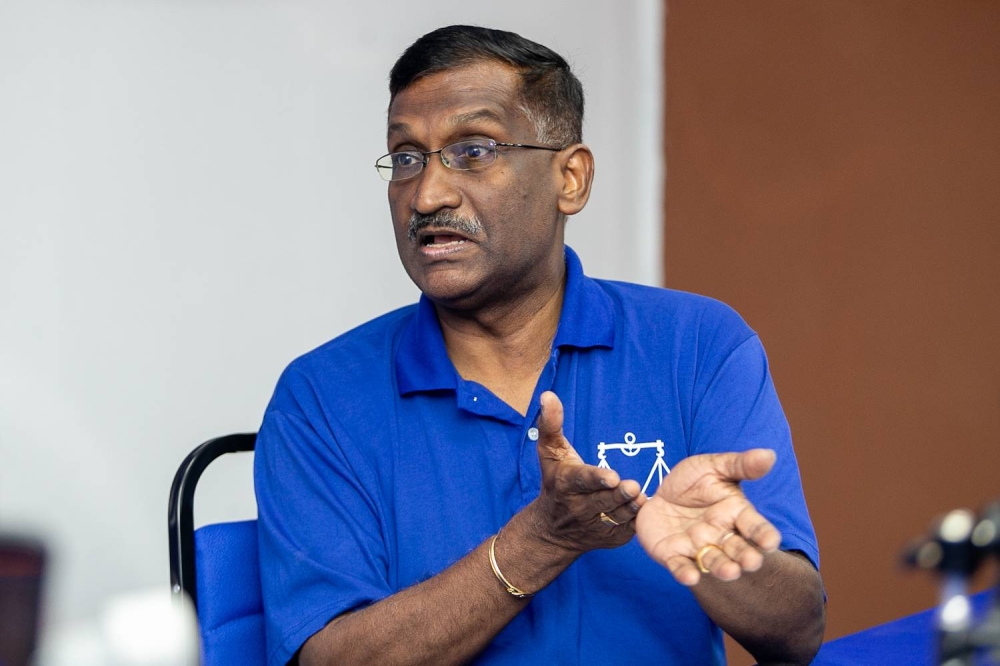 Among others, Kamalanathan said the relocation of Tamil schools, particularly in rural areas, required immediate attention.

According to the MIC central working committee member, many Tamil schools must be relocated because they are in plantations and difficult for students to access, mainly due to urbanisation.

“Parents who lived in plantations moved and came to urban areas, but the schools remain.

“(Back then) BN had undertaken a few initiatives to relocate the schools. Money was approved in late 2017 or early 2018.

“In my handover to then deputy education minister Teo Nie Ching (during the PH administration), I explained to her that the funds were available and to please write in so they can be sent to you.

“Unfortunately, that was not looked into at all so the entire funds were not utilised,” he told Malay Mail during an interview at the state Umno headquarters here.

No more allocations for pre-schools

“The pre-schools will help to increase the number of students in primary school later.

“Then prime minister Datuk Seri Najib Razak gave a special allocation of RM10 million to us to build 50 pre-school classrooms and we completed this in 2018.

“The plan was RM10 million would be allocated to pre-school development in Tamil schools every year for the next five years, so that by the end of the fifth year, all Tamil schools in the country would have at least one pre-school each.

“Unfortunately, that plan stopped at 2018 so there were no more allocations for pre-schools,” he said.

Looking at education-related matters in Negri Sembilan, Kamalanathan, who will contest the Port Dickson parliamentary seat, also claimed that allocations for schools in the state were not distributed fairly, to the detriment of Tamil schools.

“In Negri Sembilan, there are more than 14 Tamil schools in Port Dickson. The total amount I allocated as deputy education minister from 2013 to 2018 was about RM2.5 million for 14 schools.

“I was informed that the Negri Sembilan state government, I think even in the last one year (they have 61 schools), the total allocation for Tamil schools was about RM500,000 to RM600,000 — for the entire Negri Sembilan.

“If you do the math, this comes to an average of RM6,000 to RM7,000 per school. How fair is that?” he said, questioning the lack of funds channelled to Tamil schools in Port Dickson.

In describing fair allocations, Kamalanathan gave the example of when he was deputy education minister, funds were allocated to all schools irrespective of whether the parent-teacher association or school board were pro-government or not.

“We made sure we got everyone funds because the funds were meant for the children and the upkeep of infrastructure.

“We didn’t care or didn’t mind who (got the funds). Although they were not our supporters, what mattered most is we needed to get those funds across,” he added.

He also pointed out that in the last four years while PH and PN were in office, not much was done for schools that needed assistance.

“When we handed over to the government then, we didn’t see much effort in these areas.

“There were a lot of schools in need of development funds, more classrooms, science labs and technology labs. These were not taken care of,” he said.

Even when PN came into the picture, Kamalanathan said there was no improvement.

He claimed that it was due to the mismatched ideals deriving from the different parties that were in government.

“It is different to have a government totally under the BN administration versus a coalition government.

“When it is a coalition government, the process is different. Their priorities may not be our priorities, and the coalition was formed because we didn’t want to have dissolution of the government at that point of time,” he said, referring to the ‘Sheraton Move’.

The term ‘Sheraton Move’ came about in 2020 when political defections caused the collapse of the PH government.

The collapse led to PN coming to power unelected, before the coalition was itself forced to yield last year to BN that was voted out in the 14th general election.

Other concerns Kamalanathan said was the drop in matriculation student intake after the PH administration took over in 2018.

However, the following year when PH took over, Kamalanathan said the number dropped to 1,000.

“Most of the B40 students were affected. That’s very shocking. The 2,200 places in matriculation, most of the applicants are B40 children because they cannot go for private education, so the BN government’s education route is the most constructive and right thing for them and about 1,200 students were not able to get that at that point,” he said.

Kamalanathan said that if he were to return to the Education Ministry, a focus would be to make school buildings “liveable”.

He said that students must go to school without fear and parents must be able to send their children without being afraid.

“A school must be a safe place for education. A school compound must a place where the child is excited to go to the school the next day and feel sad about leaving at the end of day.

“That is the kind of environment we want to build, and I will work towards that,” he said.

Under the education blueprint, Kamalanathan said the BN government had begun talks to digitalise education.

The process had stated then that the goal was to be achieved by 2025.

When Covid-19 hit the country in 2020, he said the pandemic showed how important it was for education to be digitalised.

“What Covid-19 taught us is that we have fast-forwarded digitalisation. So learning from home has become a culture now. Students need technology and gadgets.

“These are part of the education blueprint that was designed,” he said.

One of the steps taken towards the digitalisation of education was 1BestariNet.

However, it was scrapped entirely when the PH administration took over in 2018.

“1BestariNet was totally politicised. That was one excellent plan for Malaysia to get into digitalisation. I tell you why. One of the first persons I met, when I became the deputy education minister, was the minister of education from Finland.

“We all are aware how the Finland education is one the 10 best in the world. So their minister came all the way to Kuala Lumpur just to understand how our 1BestariNet system worked.

“How did we implement it? Because we went on a very brave front. We wanted to implement this in all 10,000 schools. Nowhere in the world would do that, and normally, they do a pilot project first,” he said.

Kamalanathan further explained that technology was a means to ensuring equality in education or all students in the country.

“We went massive because the only thing that can give equality in education is technology.

“We cannot have same infrastructure development in a school in an urban area versus rural or in interior schools, so we implemented online education 4G 1BestariNet to be put all over the country.

“In certain areas, where there is no mode of transportation, only river, there will be a school there. So we need them to have quality education, the same education; for instance, a Year Five child in a school in Kuala Lumpur must have a same standard in a school, say, in Bario, Sarawak. That’s equality,” he said.

Unfortunately, he said, it was highly politicised.

“People tend to believe information that are half-truths. But it doesn’t exist anymore. We have stopped it, and until now, it has not begun anything.

“So I think if that would have continued, Malaysia would have been a leading player in technology and advancement in education.

“It was very unfortunate. Of course, when we were in the ministry, we would have continued it, but the moment we lost the 2018 election, the incoming government stopped it,” he said.

In November 2014, the Auditor-General’s 2013 Report (Series 3) discovered that internet connection to 4,176 sites was delayed by up to slightly more than a year from the date of execution of the 1BestariNet, with no extension of time or late penalty imposed.

More than half of the 501 schools tested, or 58 per cent, said the 1BestariNet access did not cover the entire school area.

The audit also found that the 1BestariNet project, which was awarded to YTL Communications, did not provide satisfactory bandwidth connectivity to 89.1 per cent of 46 schools tested.

The Port Dickson seat went through a by-election in 2018 where its then incumbent stepped down to give way to Anwar who was returning to the political arena.