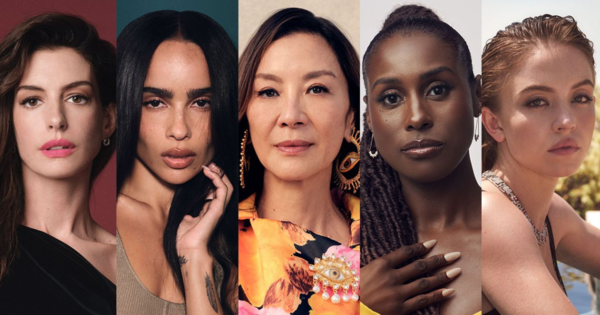 International fashion publication, Elle, recently released their picks for the Women in Hollywood for 2022 — and one very popular Malaysian made the cut

Ranging from actresses to producers, directors and even singers, the 2022 lineup glimmered from top to bottom. A list drawn out annually, Elle aims to highlight the most influential women who have been inspiring the Hollywood industry, and the class of 2022 did just that.

The publication was quick to mention how this year’s batch of women felt different, each distinct to their individual trade. “If there’s one thing that unites this incredible group of women, whose work spans genres and continents, it’s that they are all fiercely determined to reach their dreams,” read the opening of the piece.

Donning individual covers for the publication while discussing the tenure of their respective careers, Yeoh stood as the only Southeast Asian in the group

“Defying expectations on- and offscreen, is what she does best,” read the introduction to the piece on Yeoh.

Deemed ‘The Trailblazer’ of the bunch, the discussion begins by breaking down Yeoh’s long itinerary of successes, including mentions of Crouching Tiger, Hidden Dragon (2000), Memoirs of a Geisha (2005), and Crazy Rich Asians (2018).

However, a particularly moving moment for Yeoh in her career was described in one of her latest endeavours, the 2022 smash hit Everything Everywhere All At Once.

Speaking on the intensity of her role, Yeoh mentioned how the public have praised her for what is described as the performance of a lifetime. “I have younger people come up to me and say, ‘You’ve changed my life. You made me realise that there are so many things that I can do’,” she said in the interview with Elle.

In the piece, Yeoh discusses her entire life, from her personal style and recognition by the public, to ageing and defying expectations in Hollywood

Resonating more with the older generation, Yeoh stated that the proclaim of Everything Everywhere All At Once (2022) has allowed her to be reintroduced to an entire new generation.

When speaking about her ability to push the standards that were set in Hollywood, Yeoh simply stated, “I did not set out to fight against stereotypes; I only forged that path because I didn’t want to be put in a box.”

Proving herself a pioneer for actresses around the globe, Yeoh got candid about believing in herself and facing her fears head on. “We cannot allow people to nudge us. I know I am capable of more, so let me prove it to you. I’m like a pit bull. I’m going to defeat you. I’m just going to find a way and work until I get over it.”

Most importantly, Yeoh stated that opening more doors for women in Hollywood is massively important. “We as women are just asking for equal opportunity. Let us show what we can do.”

Celebrating just a few of the many globally talented actresses, we tip our hats to Michelle Yeoh for platforming Malaysia to the world stage once again

All eight covers will be available for the November 2022 edition of Elle Magazine.

Click here to read the full piece on Michelle Yeoh by Elle.

Back in August, Yeoh also became the first Asian to receive an honorary doctorate from the American Film Institute (AFI):