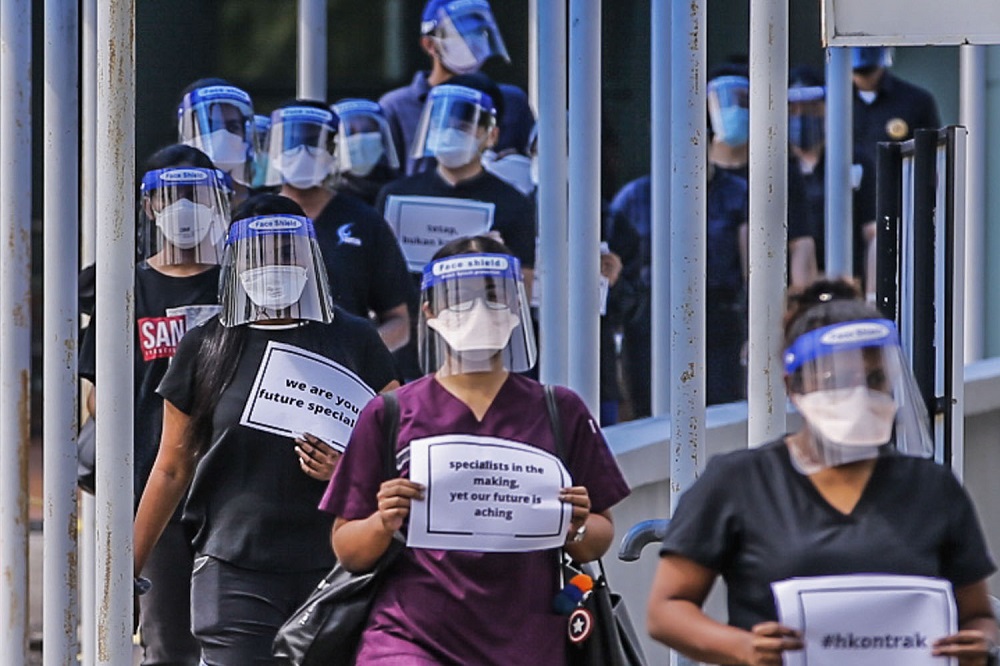 KUALA LUMPUR, Sept 18 — The Malaysian Medics International (MMI) today lauded the government’s acknowledgement of weaknesses in the contract system for healthcare professionals and its recent promises to make changes.

The medical group also suggested three temporary measures the government could undertake pending the implementation of the promised permanent solutions.

“Healthcare professionals in training are the backbone of our future healthcare system. We plead that they are given the opportunities to reach their full potential during training and that specialised options be guaranteed.

“The welfare of contract doctors should be protected to ensure that young doctors are of high quality and can best serve the country,” the group said in a statement.

One suggestion is to outline in detail the budget allocations for contract doctors and the number of candidates under “Hadiah Latihan Persekutuan” or federal scholarship scheme, in order to make the process transparent.

The group also urged the Health Ministry to cooperate with the Finance Ministry to increase the budget for postgraduate medical education and to scrutinise the resources to prevent possible misuse.

MMI said that such measures will significantly help expand the training opportunities for contract doctors seeking to be specialists while reducing the burden on the government to train up new medical specialists.

Health Minister Khairy Jamaluddin previously said the government is looking into allowing contract doctors pursue a specialist or Master’s degree with a study facility equivalent to the Federal Training Prize made available to permanent doctors.

Prior to that, the government announced on July 23 that medical, dental and pharmacy officers with contract appointments will be offered a two-year contract of service upon completion of their compulsory service period to ensure continuity of service and also as a preparation for the young doctors to pursue specialist training.