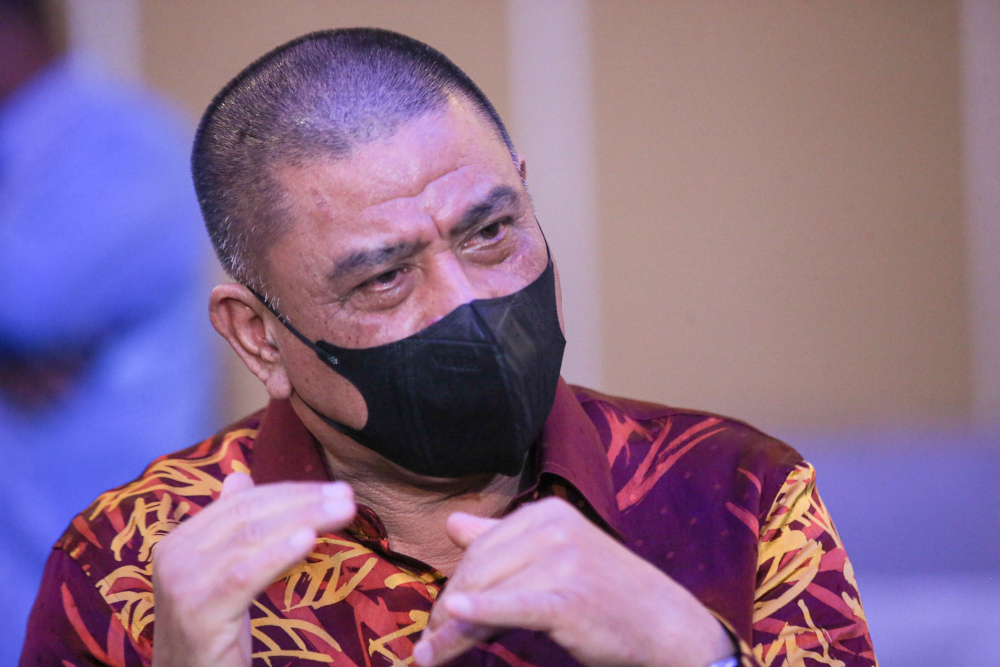 Perak Mentri Besar Perak Datuk Seri Saarani Mohamad said the mining licence was approved only for the pioneer project to enable the study to be conducted to see if it would have a positive impact at the location alleged to be an environmentally sensitive area.

“The Energy and Natural Resources Ministry (KeTSA) has conducted engagement sessions with all stakeholders involved in the state including elected representatives, residents and the Orang Asli Development Department (JAKOA) to discuss the standard operating procedure (SOP) for the implementation of the project.

“Energy and Natural Resources Minister Datuk Seri Takiyuddin Hassan has also handed us the NR-REE project SOP book that was approved by the Cabinet but it was for the previous pioneer project and not for the development of the entire area,” he told reporters after witnessing the handover of rubber smallholdings between JAKOA director-general Sapiah Mohd Nor and JAKOA Dala Resettlement Plan chairman Yeki Agi here today.

Last Friday, Takiyudin was reported to have said that the proposed mining at the pioneer project site was a government initiative to ensure NR-REE mining activities were conducted in an organised and efficient manner through SOP developed before being expanded to other states.

He said the NR-REE SOP document was developed comprehensively involving research at the federal and state government levels and also assessed by an executive committee comprised of mining, hydrology, hydrogeology and sustainable development experts before it was approved at the Cabinet level on Dec 2, 2021.

He said the NR-REE mining activities that will be conducted in Malaysia, especially in Perak will be implemented responsibly and sustainably so that the environment and people’s wellbeing are ensured through the creation of the SOP.

Saarani added that the Environmental Impact Assessment (EIA) report relating to the project has also been obtained and the decision on whether the project will continue depends on the impact based on the result of the study.

He said a scientific study will also be conducted to identify the environmental safety and the project will be halted if there is negative impact.

Meanwhile, in Kelantan, the Environment and Water Minister Datuk Seri Tuan Ibrahim Tuan Man said the implementation of projects that obtain EIA report approval must comply with the conditions of the approval to ensure minimal impact to the environment.

“Monitoring the compliance of EIA report approval conditions is important to ensure mining activity throughout the project runs smoothly without any negative impact,” he told reporters after the launch of the Black Soldier Fly (BSF) Sustainable Waste Management project at Tapak Pasar Borong Tanah Merah today.

“I hope the pioneer project will not disrupt the water supply where developers have to plan and prepare early control measures to control pollution sources such as erosion from land clearing or waste water and effluent from the mining process that can cause water pollution,” he said. — Bernama