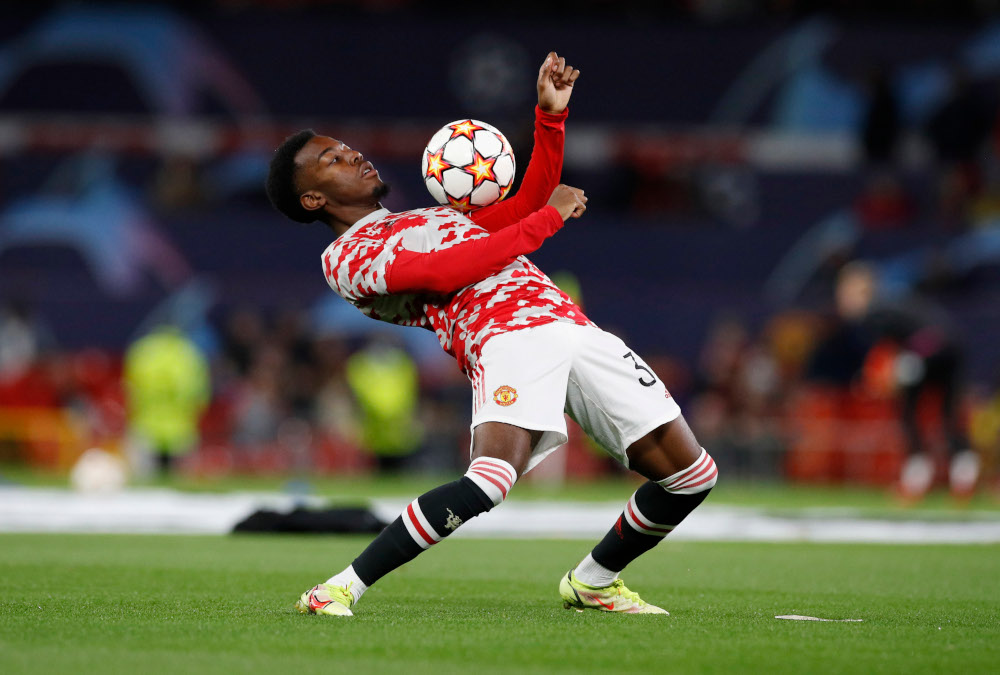 Manchester United’s Anthony Elanga during the warm-up before the match against Villarreal at Old Trafford, Manchester, Britain, September 29, 2021. — Reuters pic

LONDON, Oct 13 — Manchester United winger Anthony Elanga was the subject of alleged racist abuse by the opposition while playing for the Sweden Under-21 side against Italy this week, the Swedish Football Association (SvFF) said today.

The two teams played out a 1-1 draw in a European qualifier in Monza yesterday, with Elanga, who was taken off in the 72nd minute, being involved in an incident with opposing players after the final whistle.

“In connection with the U21 national team’s European Championship qualifier against Italy in Monza on Tuesday, Anthony Elanga has stated after the match that he has been subjected to a racist comment from an opponent in the Italian U21 national team,” the SvFF said in a statement.

Manager Claes Eriksson added: “We have told our version of what happened and have submitted an oral report to both the referees and the match delegates. Now we are waiting for feedback through the match report and the referee report.

“No one should have to be exposed to racism; that is completely unacceptable. We all stand behind and support Anthony in this.”

Elanga, 19, has made three senior appearances for United, scoring against Wolverhampton Wanderers on the final day of last season. — Reuters