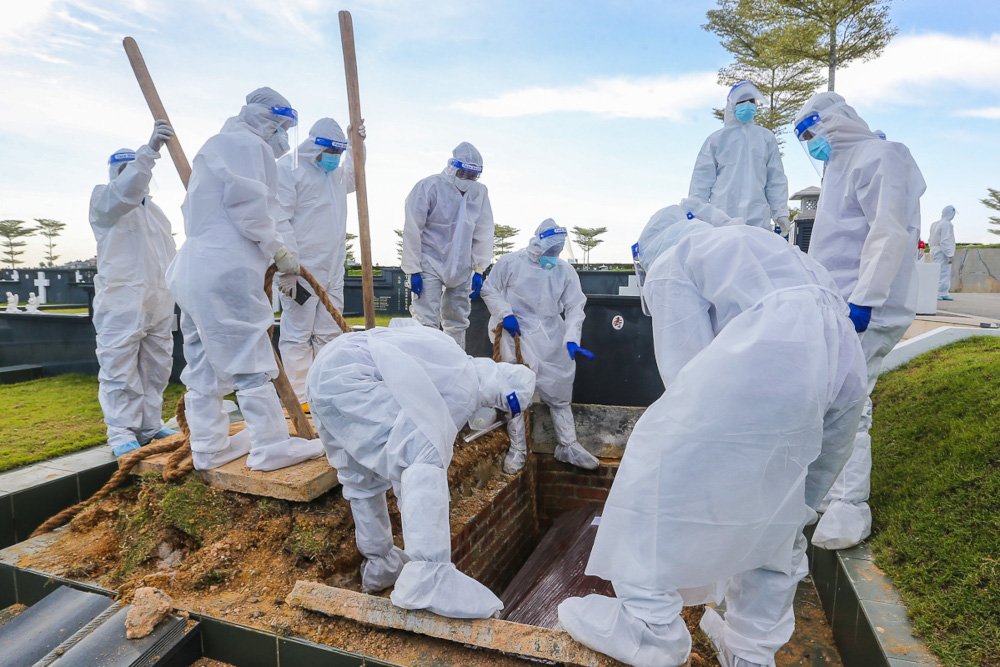 According to the Health Ministry’s data on the CovidNow portal, this included 32 people who were brought-in-dead (BID). The total number of BID as of today is 5,803 people.

By states, Selangor and Labuan still maintained the highest all-time deaths per 10,000 people at 15 each, followed by Kuala Lumpur at 14, Negeri Sembilan (11), Johor and Melaka (10), Kedah and Penang (nine), Sabah (six), Kelantan and Sarawak (five), Perak, Perlis, Pahang and Terengganu at four deaths, respectively, while

Putrajaya recorded the smallest margin at two deaths per 10,000 people.

As for the number of infections breakdown according to states, Selangor tops the list at 1,213 new cases followed by 780 in Sarawak, and 612 in Kelantan.