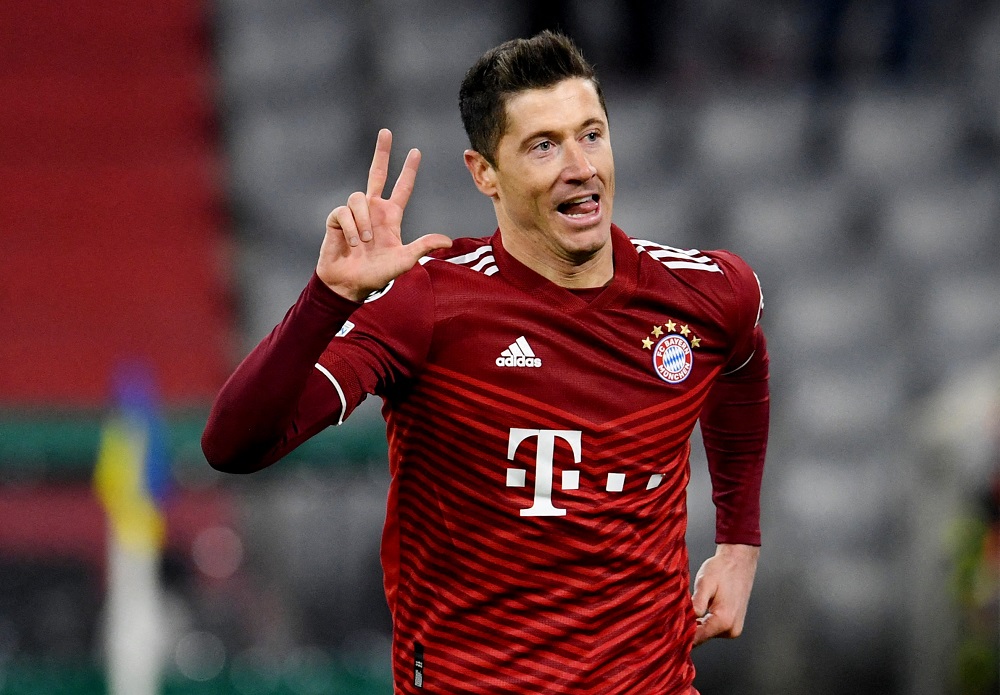 BERLIN, April 22 — Star strikers Robert Lewandowski and Erling Haaland go head-to-head for what could be the last time in the Bundesliga in Saturday’s top-of-the-table clash between Bayern Munich and Borussia Dortmund.

A home win over second-placed Dortmund at Munich’s Allianz Arena will secure a tenth straight Bundesliga title for Bayern with three games left.

Lewandowski can also lift the Bundesliga trophy for the tenth time — in each of his eight seasons at Bayern, plus twice with former club Dortmund, whom he left six in 2014.

Haaland, 21, and Lewandowski, 33, have played key roles in the last six showdowns — all won by Bayern — with Lewandowski netting eight goals compared to Haaland’s five.

They are “two absolute world stars who outshine all the others” in the Bundesliga, Dortmund CEO Hans-Joachim Watzke told Sport Bild, and are “the most popular abroad”.

The pair appeared recently in an English-language television advert for the Bundesliga playing a dense game of poker.

A different kind of deal is reportedly already in place between Haaland and Manchester City, where the Norwegian star could earn around GBP500,000 (RM2.8 million) per week next season.

It would make him the Premier League’s highest earner if City trigger a release clause for EUR75 million (RM350 million) in his contract.

Lewandowski is tied to Bayern until 2023, but with contract extension talks ongoing, there is speculation he could leave.

Barcelona has been touted as one possible destination with transfer rumours further fuelled after his wife Anna posted on Instagram that she is learning Spanish.

Last Sunday, Bayern CEO Oliver Kahn admitted Lewandowski is “thinking about the future” – in other words, considering quitting Bayern where he has won every available title.

Losing Lewandowski or Haaland would be bad for business and interest in Germany’s top flight.

“Losing stars is a big danger for the Bundesliga,” Watzke stressed.

“We have to be careful and try to keep many of the stars we still have,” which he admits is “difficult in view of the great financial pressure from England”.

Even Bayern — Germany’s richest club — can’t join the race to sign Haaland as the massive sums of money needed to sign him are “very far away from what we imagined”, Kahn admitted.

“We will handle it the way we always have,” added Watzke.

“We will find someone new again.”

One to watch: Emil Forsberg

The Swedish playmaker came off the bench to score a last-gasp winner on Wednesday against Union Berlin which booked Leipzig’s place in the German Cup final on May 21 against Freiburg.

Leipzig host Union again in the league on Saturday to tune-up before their Europa League semi-final, first leg against Rangers next Thursday.

Forsberg has yet to start a Europa League game this season and could play from the first whistle against Union as Leipzig coach Domenico Tedesco rotates his squad.

51 – wins for Bayern, to Dortmund’s 25 victories, in 106 Bundesliga matches between Germany’s top clubs.

26 – the goals Lewandowski has scored, including two hat-tricks, in 25 games for Bayern against his former club. He scored twice when Bayern won 3-2 at Dortmund last December.

7 – straight defeats for Dortmund, who last beat Bayern in the Bundesliga nearly four years ago.

Fixtures (all times 1330GMT unless stated)