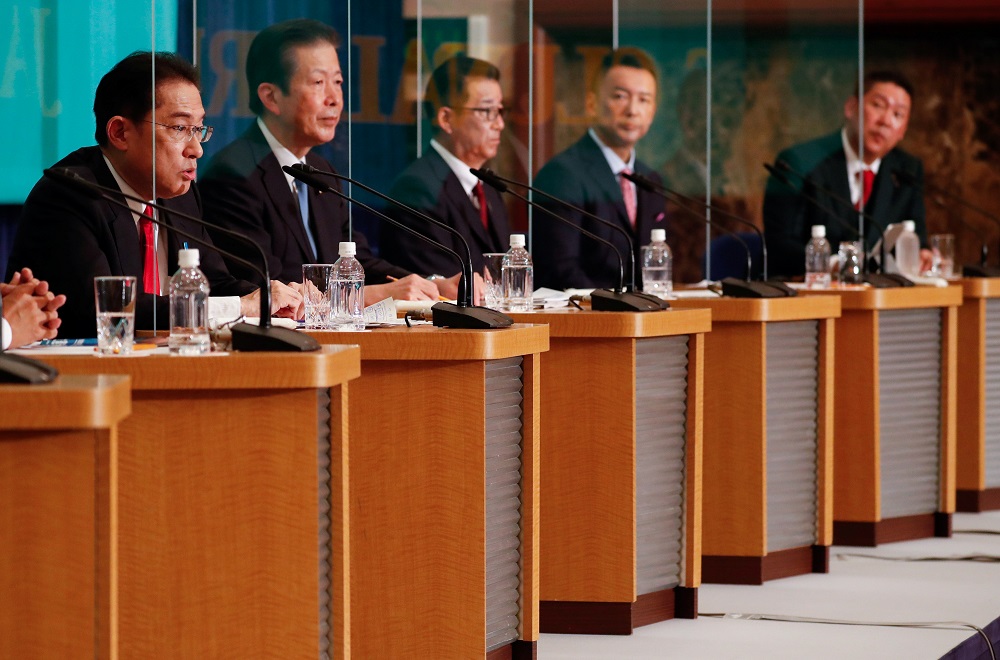 TOKYO, Oct 19 – Japan today kicked off its first official day of campaigning ahead of the October 31 general election, with a media poll showing support for the ruling party easing, in a blow for recently installed prime minister Fumio Kishida.

Support for the ruling Liberal Democratic Party (LDP) was at 38.8 per cent, according to a poll by public broadcaster NHK conducted over the weekend, down from 41.2 per cent a week earlier.

Kishida’s approval rating also fell, slipping three percentage points to 46 per cent, although his party is still expected to retain power, albeit with fewer seats.

Key election issues will be revitalising the economy and the handling of the coronavirus pandemic.

Kishida has promised he will spread the benefits of economic growth more widely, seeking to blunt criticisms of former prime minister Shinzo Abe’s economic plan, while prioritising the handling of the coronavirus response.

The opposition has criticised the ruling coalition for failing to improve the livelihoods of people and protect them from the pandemic.

The NHK poll also showed a four percentage point increase in respondents who would “definitely go to the polls” versus a week ago, with 56 per cent now saying they would cast their vote.

But leading opposition party, the Constitutional Democratic Party of Japan (CDPJ), is still far behind the LDP in approval ratings, with only 6.6 per cent of respondents throwing their support behind them.

The poll showed 36.2 per cent of people did not support any particular party.

In keeping with recent tradition for the LDP, Kishida’s first campaign speech will be at Fukushima prefecture, where a massive earthquake in 2011 caused a tsunami that crashed into the northeastern coast, triggering a nuclear disaster at the Fukushima Dai-ichi power plant.

Yukio Edano, the leader of the CDPJ, will start his campaign in the conservative stronghold of Shimane prefecture in the southwest of Japan. – Reuters