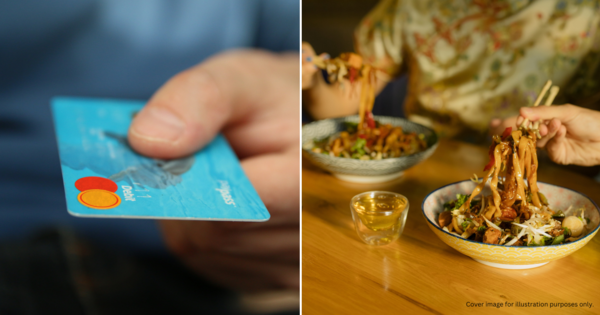 First dates are often pretty stressful. What will you wear? Where’s the best place to go?

But has another consideration ever been who will be paying for the date?

An anonymous confession posted to the Malay-based wedding Twitter page, @twtmalaywedding, has garnered the response of thousands of Malaysians, all over who should pay for the first date.

“Already splitting the bill for the first date? Is this okay for you guys?” wrote the admin in the caption of the post. “To be honest, I don’t really care. First dates sometimes don’t mean anything anyways. It’s still at the phase of getting to know the person’s personality, right?”

While the caption of the post was relatively harmless, the confession made by the anonymous person who brought the issue to light was anything but uncomplicated.

Screenshot of the full confession.
Image via @twtmalaywedding (Twitter)

Opening the post, the anonymous confessor conveys her intention — seeking out advice from the pages’ followers for a query she had on her mind.

Ending her question, the confessor requests that the page keep her name hidden from the public.

Image for illustration purposes only.
Image via cottonbro/Pexels

Many responders weren’t happy with the girl’s rant, and went on to roast her for unrealistic expectations for a first date

“First dates are just getting to know each other. If this is even an issue, you’ll surely have more fights in the future,” said one responder about splitting the bill.

A couple of others even said how it’s ‘common sense’ to pay for yourself on the first date. “It’s normal if he asks to split, especially in this economy.”

A couple of others offered alternative solutions, somewhat mitigating the confessor’s issue.

“You should follow the common concept: whoever asked the other on the date should be the one to pay. It’s fair. If he called you on the first date, he should pay. When you ask him out on the second date, you pay for that instead,” wrote one Twitter user.

However, another person stated that the object of payment should be decided on during the date itself, and be made within each person’s comfort levels. “If you want to split the bill, there’s nothing wrong with that. Other than that, you guys can even take turns — one person pay for the food, the other pay for the movie. Give and take is all that matters.”

A few women chimed into the conversation, saying that they prefer to split the bill and that it would be shameful to expect their meal to be paid for by the other party. “These are the kinds of girls who will ‘red flag’ men for issues like these, thinking she’s Cinderella’s stepsister to be doted upon before getting married,” said one commenter.

Another person said it’s not an issue if a woman pays for the bill instead. “Show that you don’t need to rely on a man and you can stand on your own feet. Unless the guy offers to pay for you, don’t expect anything.”

One girl cheekily added to this, saying how she paid for the meal during her first date with her husband. “We got married two weeks later and now he pays for everything!” she joked.

Trying to soften the blow, one person suggested that the matter of payment wasn’t an issue of splitting the bill, but rather on the probability on them having a second date. “Maybe it’s about a first impression? It’s not wrong to pay for your ‘friend’, right?”

However, she did go on to say that it’s reasonable to split the bill if the guy did not have any money on the date and informed her prior. “We’re not starving to get a man, we just want to see what his attitude is like.”

Would you defer responsibility onto the guy to pay for the first date? Let us know!

We recently asked a bunch of Malaysians who should pay on the first date and why. Here are some of the best responses:

One man asked how much money he should give his girlfriend to be considered a good boyfriend: