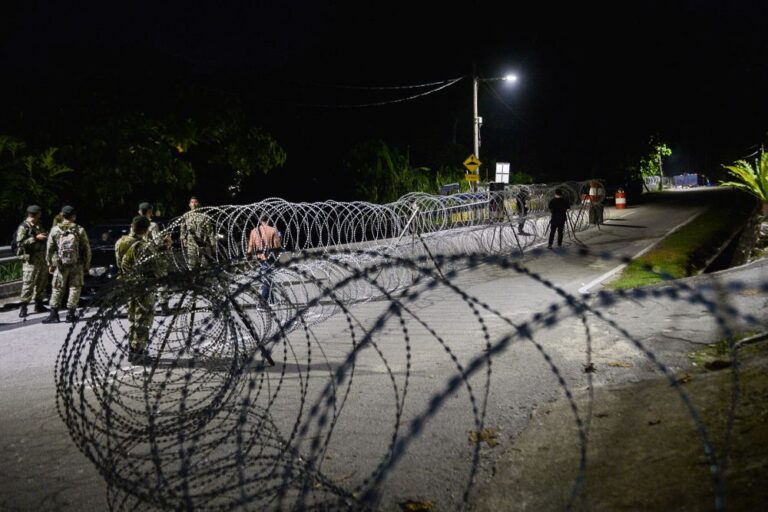 Senior Minister Datuk Seri Ismail Sabri Yaakob said the EMCOs for these three places are from June 25 to July 8. — Picture by Miera Zulyana

KUALA LUMPUR, June 23 — One village in Kelantan and two others in Sabah are the latest places in the country to be placed under the enhanced movement control order (EMCO) following a rise in Covid-19 cases there.

Senior Minister Datuk Seri Ismail Sabri Yaakob said the EMCOs for these three places are from June 25 to July 8.

“For Kampung Pulau Tukang Dollah in Kemumin, Kota Baru, the Health Ministry has conducted 63 screenings on residents, with 41 testing positive and a rate of 65 per cent,” he said in a statement today.

In Kampung Tambulion Ulu at Kota Belud, the ministry conducted 29 screenings, with 10 testing positive for Covid-19.

“Similarly in Kampung Kukut at Beaufort, 34 people were screened and 18 were found positive for the virus,” Ismail said.

He added that the National Security Council also decided to extend the ongoing EMCO in two other localities in Sabah and Labuan, as the number of cases there has yet to recede.

They are: Kampung Likas in Kota Kinabalu, which has been extended until July 7, after 2,058 screenings were conducted with 25 testing positive.

The minister said the extended EMCO in Kampung Likas affects the locality designated as Zone One, due to the high Covid-19 infection cases there. The village was initially divided into two zones.

The EMCO in five sub-zones in Labuan has been extended until June 28, after 8,682 screenings revealed 1,632 positive cases.

He indicated that the EMCO in several other places in Kelantan, Pahang, Johor, Sarawak, and Sabah will end either on schedule or earlier than anticipated, due to a drop in Covid-19 cases.