Is the iPad Air really enough for most people? 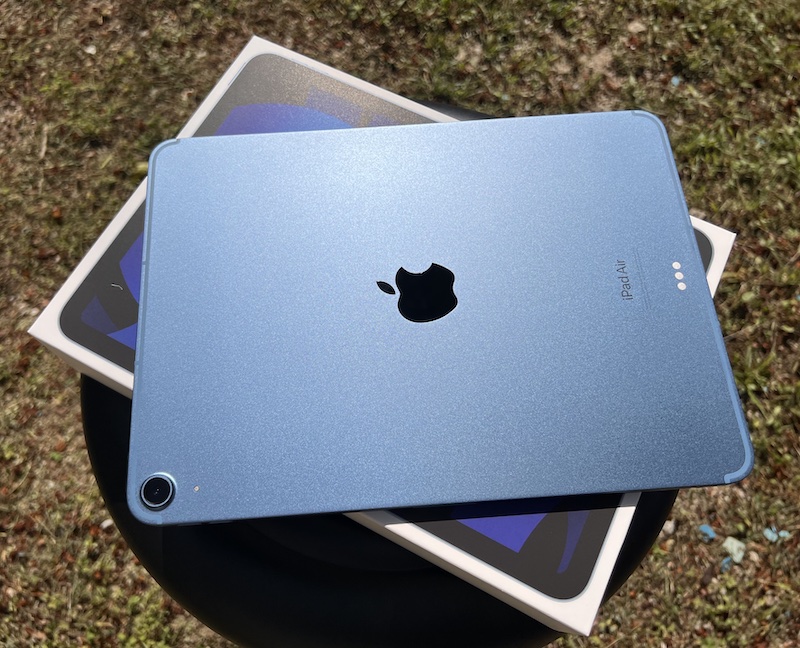 The new iPad Air is sleek and powerful, but thanks to its price tag a hard sell. — Picture by Erna Mahyuni

KUALA LUMPUR, May 9 — It has almost become dogma: the general tech advice that the basic iPad is for those on a budget, the iPad Air is enough for pretty much everyone, the iPad mini for those who fancy portability over everything else and the iPad Pro is for those with specialised, heavy usage.

In Malaysia, however, it seems the basic iPad might be the best bet for most people primarily because of that thing called price.

A friend asked which iPad she should get (my friends seem to have a better instinct for when I’m getting review units than I do) and I said, well, it’s really about which iPad is the best for you.

She got back to me later and sighed, “Isn’t Apple stuff just about selling your kidney?”

Maybe too much for most

I think that is probably the biggest struggle I have with recommending the iPad Air. There’s nothing wrong with it.

It’s ridiculously fast, comes with an excellent M1 processor but I was pretty much happy to shelve it once I was done with the photography and testing.

The basic iPad is just that — basic. But iPads last forever, and with each generation, even the basic models are miles ahead of their nearest Android competition.

For most people, iPads are for watching shows, playing casual games, basic surfing or just a shared family device or something to entertain kids with in the car.

The iPad Air’s M1 chip lets you handle heavier stuff. I managed games such as Genshin Impact without graphics stutter and on Procreate, the app’s creators said the new iPad Air can support up to 116 layers compared to the previous iPad 4 (47 layers).

That’s an RM650 difference and arguably for just a bit more you could plump for a Microsoft Surface Go with a Type Cover instead.

Here’s the rub — original Apple accessories such as Apple’s own keyboard covers are very expensive, though you could also opt for cheaper alternatives from the likes of Logitech.

I’d say the Air would be for the dabblers, or people who aren’t sure as yet if they would be able to commit to an iPad Pro.

The iPad Pro isn’t a hobbyist machine. It’s for people who need to do stuff like illustration, video editing and the like at production level.

There are creators who, for instance, prefer editing video on an iPad Air or Pro because getting a laptop capable of 4k video editing would cost a lot more.

As an experiment I’d decided to see if an iPad Air would be any good at the new YouTubing craze — Vtubing. If you don’t know what that is, basically you stream footage but instead of your face, you’d instead be using a virtual avatar.

Alas, on an iPad Air, as the kids say, it just wasn’t happening. iPhones and the iPad Pro are popular for VTubing because of the LiDAR scanner that allows for better face tracking, but of course it isn’t on the iPad Air’s camera.

There’s also another of the iPad OS’ big weaknesses — it was pretty much impossible to layer the camera VTuber input on top of a screen, something that was only possible on a dedicated laptop.

Not that you can’t stream on an iPad. You can use Streamlabs as well as Twitch to stream from your device but there are limits to how much you can customise your streaming interface on an iPad.

The thing about iPads is that what you can do on one is limited by the apps, and the apps are limited by what iPad OS will support.

True multitasking is still not possible — for me I still had to scroll between app windows and be very limited as to what apps I could use side by side in the display.

Still, as an extra display, the iPad Air worked smoothly both in Sidecar and Universal Control mode.

Unlike much older models, the Air didn’t heat up too much and connected almost instantly and if you wanted a more portable extra display for your Mac laptop, the iPad Air would be a better choice than the standard iPad.

The iPad Air is an excellent tablet and what it has over the basic iPad is colour options: Space Grey, Starlight, Pink, Purple, and Blue.

There’s also the higher-quality Liquid Retina screen and the 12MP wide rear camera and the support for the 2nd-gen Apple Pencil.

As impressive as the iPad Air’s performance is, get it only if you plan to do more than consume media on it.

Get it if you want to improve your skills as a digital illustrator and want to sketch and paint on the go, instead of being tied down to a drawing tablet.

Get it if you want to learn to edit 4K video (LumaFusion is the app you want) or maybe hook up to a portable wireless keyboard.

But if your tablet isn’t going to move further than your living room couch or bedroom, you’ll do fine with the entry-level iPad.

The iPad Air isn’t the tablet for just anyone, and that’s OK.