Iran says Mahsa Amini died of illness rather than ‘blows’ 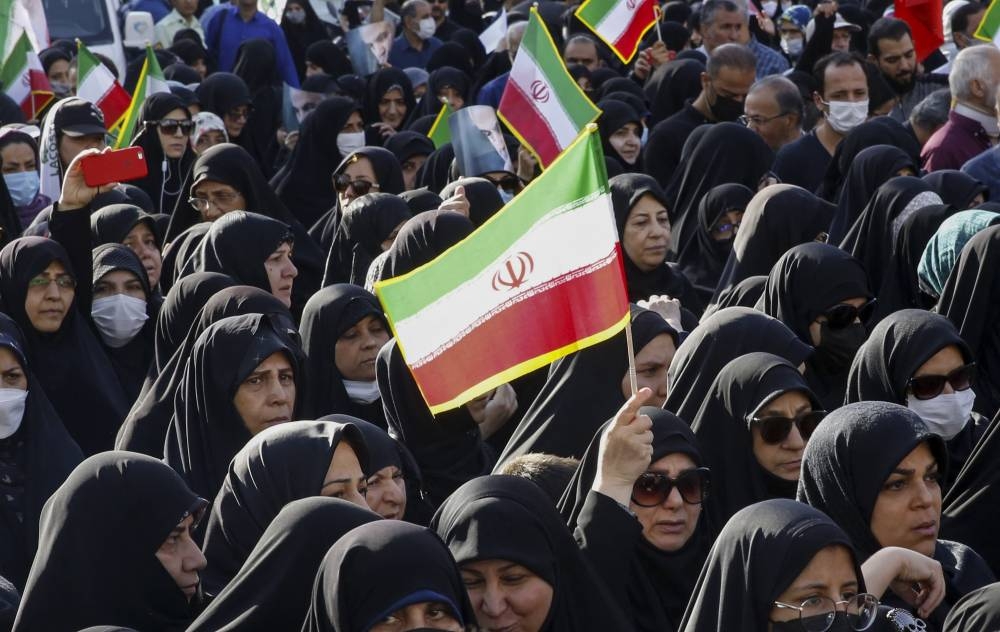 PARIS, Oct 8 — Iran said yesterday an investigation into the death in custody of Mahsa Amini found she lost her life to illness rather than reported beatings that sparked three weeks of bloody protests.

Amini, 22, died on September 16, three days after falling into a coma following her arrest in Tehran by the morality police for allegedly breaching the Islamic republic’s strict dress code for women.

Anger over her death has triggered the biggest wave of protests to rock Iran in almost three years and a crackdown that has killed dozens of protesters and seen scores arrested.

Despite security personnel using lethal force, the women-led protests have continued for 21 consecutive nights, according to online videos verified by AFP.

Iran’s Forensic Organisation said yesterday that “Mahsa Amini’s death was not caused by blows to the head and vital organs and limbs of the body”.

The death of Amini, whose Kurdish first name is Jhina, was related to “surgery for a brain tumour at the age of eight”, it said in a statement.

Amini’s bereaved parents have filed a complaint against the officers involved, and one of her cousins living in Iraq has told AFP she died of “a violent blow to the head”.

Other young women and girls have been killed at the protests, but rights group Amnesty International says Iran has been forcing televised confessions out of their families to “absolve themselves of responsibility for their deaths”.

The mother of 16-year-old Nika Shahkarami, who died after going missing on September 20, insisted on Thursday she was killed by the state after joining an anti-hijab protest in Tehran.

Nasrin Shahkarami also accused the authorities of threatening her to make a forced confession over her daughter’s death.

“I saw my daughter’s body myself… The back of her head showed she had suffered a very severe blow as her skull had caved in. That’s how she was killed,” she said in a video posted online by Radio Farda, a US-funded Persian station based in Prague.

Iran’s judiciary has since denied reports the security forces killed another teenage girl, Sarina Esmailzadeh, at a rally in Karaj, west of Tehran last month.

Its website quoted a prosecutor as saying an investigation showed Esmailzadeh, also 16, had “committed suicide” by jumping from a building.

Oslo-based group Iran Human Rights said the Esmailzadeh family had come under heavy pressure from government agents to “force them to repeat the suicide state narrative”.

It said that when the family was asked to identify the teenager’s body, “multiple injuries were clearly visible on her face and the right side of her forehead was completely crushed due to the severity of the blows”.

In a widening crackdown, Iran has blocked access to social media, including Instagram and WhatsApp, and launched a campaign of mass arrests.

Protesters have sought ways to avoid detection, with schoolgirls hiding or blurring their faces while shouting “Death to the dictator” and defacing images of Iran’s supreme leader Ayatollah Ali Khamenei, in verified videos.

Other footage has shown people chanting the protest catchcry “Woman, Life, Freedom!” from their apartment windows under the cover of night.

Another form of protest emerged yesterday morning, with fountains in Tehran appearing to pour blood after an artist turned their waters red to reflect the deadly crackdown.

The BBC’s Persian service said the water was later drained, although traces of red could still be seen on the fountains in images it published on Instagram.

The street violence that ensued across Iran, dubbed “riots” by the authorities, has led to dozens of deaths, prompting Western governments to step up sanctions against the Iranian state and its security apparatus.

Canada announced yesterday that it will deny entry to more than 10,000 officers and other senior members of Iran’s Revolutionary Guards, accusing them of “heinous” acts against the Iranian people.

“This is the strongest measure we have to go after states and state entities,” Prime Minister Justin Trudeau said, adding it was previously applied only against regimes for war crimes or genocide.

A joint letter signed by 21 mainly Iranian human rights groups called on US President Joe Biden to do more to “discourage further state violence, and address the long history of atrocities and impunity in that country.”

Solidarity demonstrations continued around the world, with rallies in Amsterdam and Berlin yesterday.

In Copenhagen, an Iranian armed with a knife managed to penetrate the embassy grounds in what Iran said was an attack targeting its female ambassador.

The Danish ambassador was summoned to the foreign ministry in Tehran to hear a formal protest against the security breach, state media said. — AFP

* If you are lonely, distressed, or having negative thoughts, Befrienders offers free and confidential support 24 hours a day. A full list of Befrienders contact numbers and state operating hours is available here: www.befrienders.org.my/centre-in-malaysia. There are also free hotlines for young people. Talian Kasih at 15999 (24/7); and Talian BuddyBear at 1800-18-2327(BEAR)(daily 12pm-12am).