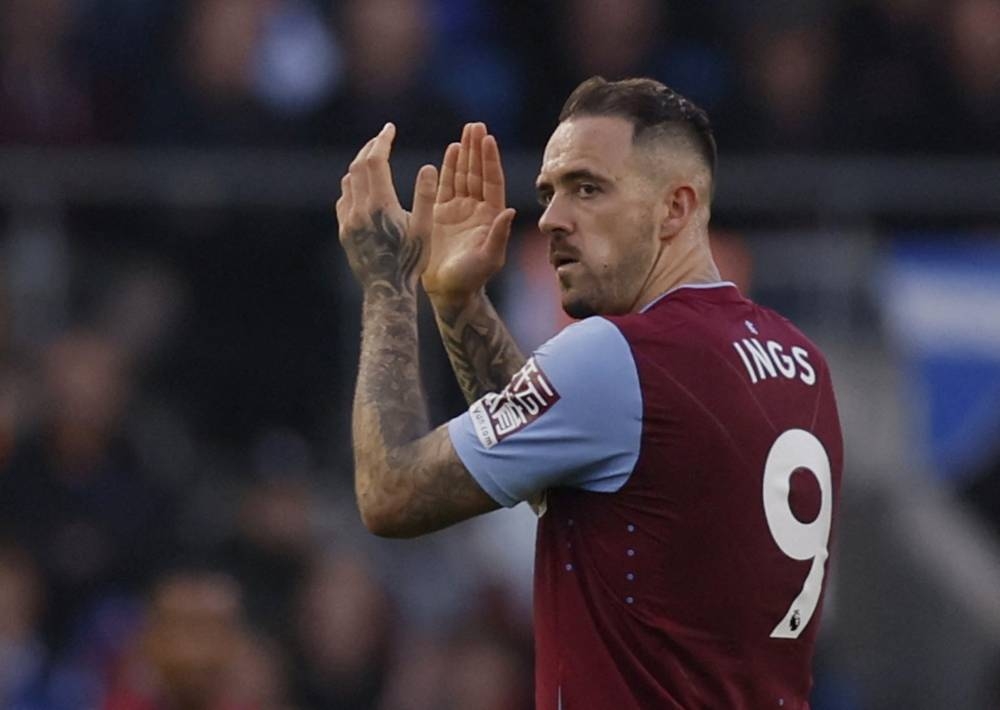 Aston Villa’s Danny Ings applauds fans as he is substituted off during the match against Brighton & Hove Albion at the American Express Community Stadium, Brighton November 13, 2022. — Reuters pic

BRIGHTON, Nov 14 — Danny Ings scored twice as Aston Villa ended thir wait for an away win in the Premier League this season with a 2-1 victory at Brighton on Sunday.

Alexis Mac Allister fired Brighton ahead inside the first minute but Villa hit back, Ings equalising with a first-half penalty before his deflected strike early in the second period did for the Seagulls, who were denied a late penalty by VAR.

Victory meant Villa, who have now won both their league matches since Unai Emery replaced the sacked Steven Gerrard as manager, moved up to 12th in the table ahead of the World Cup break.

“As a team we were excellent today,” Ings told Sky Sports. “Our grit and determination got us over the line.

Turning to Emery’s influence, he added: “He’s only been with us a short time but we’ve come a long way already. We’ll have a break now and try to implement as much as he wants to install with us.”

Mac Allister, one of several players on show heading to Qatar for the World Cup, celebrated his Argentina call-up with a goal after 49 seconds against compatriot Emi Martinez.

Villa goalkeeper Martinez played himself into trouble with a short pass to Douglas Luiz, the Brazilian then brushed aside by Mac Allister, who fired in his fifth goal of the season.

But the Midlands club responded well and were deservedly level in the 20th minute.

Emi Buendia’s through ball allowed John McGinn to race onto with Lewis Dunk bringing down the Scotland captain inside the area.

Ings scored from the spot despite Robert Sanchez getting a hand to his penalty kick.

Brighton’s Pascal Gross almost embarrassed Martinez with an inswinging delivery from a corner.

The Seagulls’ Leandro Trossard found the net five minutes into the second half but his long-range strike did not count after referee Chris Kavanagh had already blown for a foul on Villa’s Matty Cash.

In an open game, Buendia’s header from a Cash cross then hit the post before Villa went ahead in the 54th minute.

Luiz won possession from Mac Allister outside Brighton’s penalty aread and Ings went past a rash Dunk tackle before his effort beat Sanchez following a deflection off Colwill.

Brighton appealed for a penalty when Villa defender Lucas Digne caught home winger Solly March but, despite a VAR check, no spot-kick ensued.

That added to the frustration of Brighton manager Roberto de Zerbi, who was booked for repeatedly protesting about Villa’s time-wasting in a match featuring eight minutes of stoppage time.

Despite the defeat, Brighton remained seventh but an annoyed De Zerbi told the BBC: “I think we speak always about fair play in the Premier League. I didn’t see (that) today.

“It’s the work of the referee, not my work (to deal with time-wasting). My job is to train my players and prepare them for the game.” — AFP