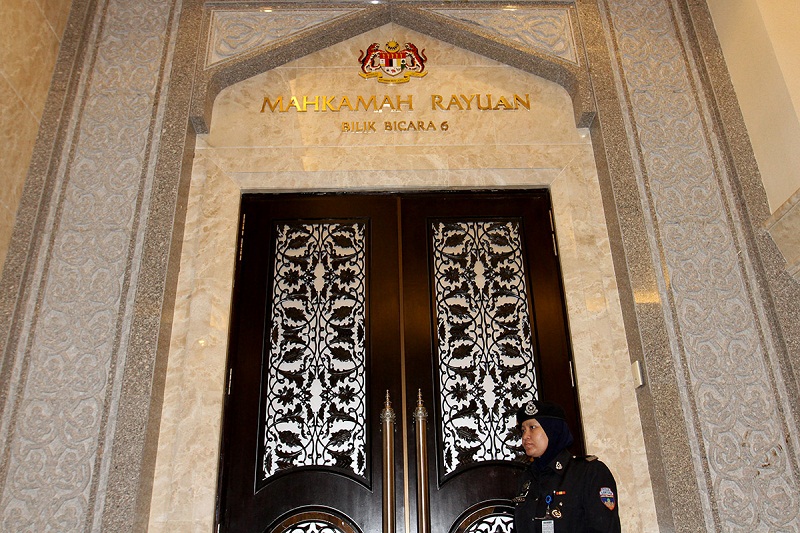 A three-member panel led by Justice Datuk Hanipah Farikullah, ruled that there was merit in the appeal by Mohammad Habibul Hassan Khan and the prosecution had failed to prove the element of knowledge in the case. — Picture by Miera Zulyana

PUTRAJAYA, Nov 25 — A 26-year-old Bangladeshi engineering student from a private university escaped the gallows after the Court of Appeal today set aside his conviction and death sentence for trafficking 3,875.66gm of cannabis four years ago.

A three-member panel led by Justice Datuk Hanipah Farikullah, ruled that there was merit in the appeal by Mohammad Habibul Hassan Khan and the prosecution had failed to prove the element of knowledge in the case.

Justice Hanipah in her judgment said although a bag containing the drugs was found in his hostel room, Mohammad Habibul, in his defence, had said that the bag belonged to another student by the name of Jawad.

“This student (Jawad), who stayed outside the university, committed suicide a day after the appellant was caught with the bag.

“The trial judge did not accept this evidence and merely brushed it aside as bare denial and afterthought,” said Justice Hanipah who sat with Justices Datuk Che Mohd Ruzima Ghazali and Datuk Seri Mariana Yahya.

Justice Hanipah further said the trial judge committed an error in fact and law as the appellant’s confession to his hostel warden Shazereen Kamaruddin could not be accepted as the trial judge did not ask the right questions.

“There was a misdirection as the judge failed to evaluate whether Mohammad Habibul did indeed make a confession to Shazereen,” she said.

Mohammad Habibul had appealed against the decision of the Shah Alam High Court of sentencing him to death on April 10, 2019, after he was found guilty of the charge of trafficking the drugs in his hostel room at the university in Semenyih, about 4pm on December 10, 2017.

He was charged under Section 39B (1) (a) of the Dangerous Drugs Act 1952 which carries a mandatory death penalty upon conviction.

Earlier, counsel Hisyam Teh Poh Teik, who was assisted by Datuk N. Sivananthan and Nabila Habib, submitted that Shazereen’s evidence in the confession was not corroborated by other prosecution witnesses.

Deputy public prosecutor Nurul Farhana Khalid submitted there was overwhelming evidence that Mohammad Habibul had custody, control and knowledge of the drugs that were given by Jawad. — Bernama