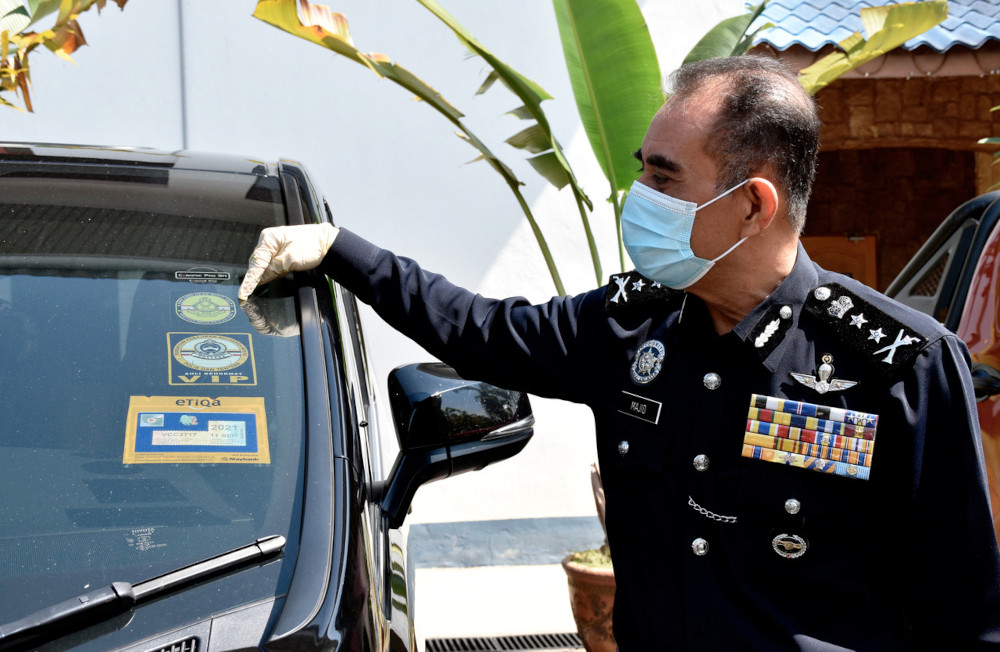 MELAKA, June 11 — Police have arrested five members of Gang 36 who were alleged to have robbed a businessman of RM1.2 million in his condominium unit in Klebang on June 5.

Melaka police chief Datuk Abdul Majid Mohd Ali said in the 8.30pm incident, the 54-year-old victim and his wife were tied up and threatened with parang, however, both of them and their two children, aged eight and nine, escaped unhurt.

“Four criminals entered the victim’s house through the front door and did not wear any masks during the robbery, while the weapon was obtained in the house.

“They took away various personal items such as jewellery, sword collection, cash money and a Range Rover car after five hours raiding the house,” he said at a news conference here, today.

Following the incident, police have formed a special task force to track down the suspects before arresting five men, aged 27 to 37, in a raid in Bandar Baru Sri Petaling, Kuala Lumpur at 3.45pm, June 7.

“One of the vehicles also has two stickers printed with a symbol resembling the Royal Malaysia Police logo,” he said.

All the suspects have previous criminal and drugs records and were remanded for five days until tomorrow, he added.

The case is being investigated under Sections 379A and 395 of the Penal Code for vehicle theft and armed robbery. — Bernama