In Malaysian Insurance Highlights 2021, Malaysian Re reveals that December 2021 floods resulted in economic losses of RM5.3b to RM6.5b 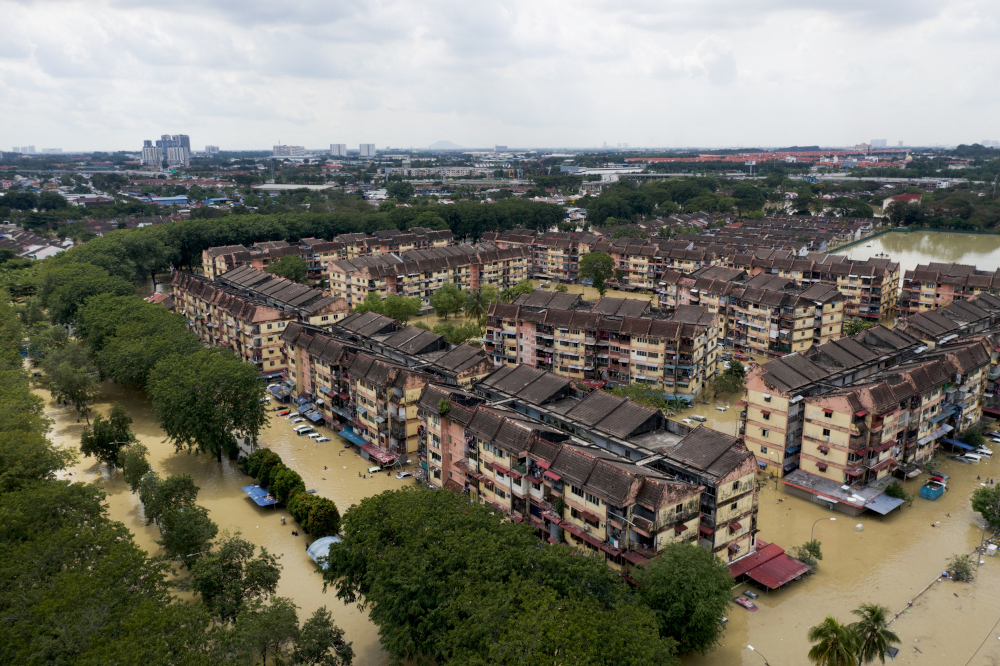 KUALA LUMPUR, May 17 — Malaysian Reinsurance Bhd (Malaysian Re) disclosed that the December 2021 floods had resulted in economic losses of between RM5.3 billion and RM6.5 billion.

Malaysian Re said in a statement that the amount was revealed in Malaysian Insurance Highlights (MIH) 2021, its third edition of Thought Leadership publication launched today which examines the impact of flooding on the Malaysian economy and the insurance markets.

“MIH 2021 explores the major challenges of underinsured flood risks in Malaysia whereby on average only about 10 per cent of economic losses are covered.

“According to the publication, Malaysia’s insurers shouldered about RM1.5 billion to RM2.0 billion, or 20 per cent to 30 per cent of the economic losses as a high share of manufacturing properties were hit in the Federal Territory of Kuala Lumpur and Selangor,” it said.

Malaysian Re president and chief executive officer Zainudin Ishak said MIH 2021 addresses how livelihoods and properties across the nation were severely impacted by the catastrophe at unprecedented scale and unusual timing.

“The cost of flood insurance is rather nominal. The cover is available as an extension to the standard fire policy and costs about 0.086 per cent of the sum insured.

“The pricing of the risk is perceived as high and is often only purchased in flood-prone regions or following recent events,” he said.

MIH 2021 accentuates the need to address this protection gap as the risk from floods increases, whereby flood cover demand is influenced by government support for losses sustained by the low income segment.

“In the recent floods, the government supported those affected with a financial contribution of RM1.4 billion,” he added.

Insurers are also expected to review their reinsurance structures to ensure that they have sufficient coverage as a result of greater understanding of risks as a result of flooding in the country.

Zainudin noted that Malaysian Re is working with Bank Negara Malaysia (BNM) and the National Disaster Management Agency (Nadma) to develop a solution that brings together those who can afford to insure with those who cannot.

“From an insurance point of view, there is a need to push for a deeper discussion to find a solution to better cover the country’s flood risk by bringing together the insurance sector, the regulator (BNM), Nadma and the government.

“Previously, the focus had been on developing a coverage which addressed the exposure of the lower income segments of Malaysia’s population; the current solutions aim to provide faster protection and encompass all parts of society or policyholders,” said Zainudin. — Bernama