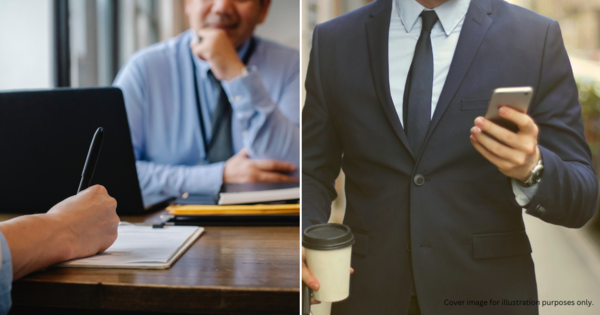 Chinese media outlet, Jiupai News, recently reported about the incident at a company in Shenzhen, Guangdong, China. In a series of screenshots, the situation depicts the aftermath of a candidate who applied for a job at an education company.

The employee was told by the hiring manager that at the request of the company’s boss, he should change his mobile number for possessing the number ‘five’ as the fifth digit when counting down the contact.

Simply put, the boss notified the applicant that if he does not comply with the request, he would not be hired. In the screenshot of the text, the employer is seen telling the candidate, “The number on this resume is not okay.”

The screenshot of a request by the employer for the candidate to change their phone number.
Image via Weibo

The news has since made its way to Chinese blogging website, Weibo, where many expressed their opinions on this matter

One person sought to mitigate the situation, telling the candidate to get two mobile phones, one for the company and one for his personal use.

A few others decided to take a cheeky dig at this request. “I don’t have any fives in my phone number, can I be the manager?” said one person.

Another individual asked if there are any companies who do not like the number ‘one’ as the first digit in their mobile contact.

One of the commenters called out the company for making such a request, citing that this would amount to discrimination. “Are there different kinds of discrimination now? I’ve seen some [employers] discriminate for zodiac signs, birth dates, and even those who are unmarried. So, even mobile numbers can be discriminated against?”

However, a few seemed to defend the company’s request, citing that if potential employees don’t like the practices carried out, they do not need to work there. “Isn’t employment a two-way street? If you don’t like it, why would you work there?” asked one commenter.

“They are the bosses, and to be honest, the requirement is not that steep. If you think there is a problem, don’t work at the company. It’s not an issue,” said another responder.

Despite the plethora of comments, one user seemed to explain why the employers may have requested for the change, citing superstition as a possible reason

Referencing astrology and numerology, the user stated that the request may have been derived from an ancient Chinese divination that suggests how multiple fives are unfavourable.

“According to the legend, they work hard, but may clash with superiors and bring bad luck to the boss,” the user wrote.

However, the user was also forthright in the fact that these claims may not have as big of an impact to the company’s performance as one would expect. Nonetheless, they also expressed their support for the company’s choice, saying that while this request may seem surprising at first glance, these are some of the trials that occur in the job-hunting process.

“The requirement is not a big deal. If you cannot accept it, find another job. It can also be a way to test the employee’s resilience, and if they’d comply with the company,” they said in their closing thoughts.

Image for illustration purposes only.
Image via Sora Shimazaki (Pexels)

Would you change your phone number for a job? Let us know!

Another employer fired his employee for taking a two-month maternity leave, saying it was too long for her to be gone:

This employer called a candidate entitled, just because they asked for an online job interview:

In a now-viral post, this former COO revealed the ugly side of the corporate world in Malaysia: