How Much Debt Is Too Much Debt For A Country — And How Is Malaysia Doing? 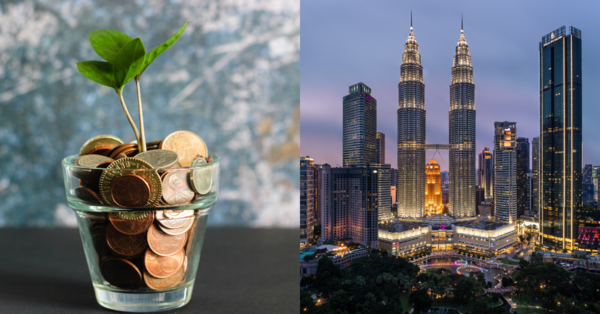 Malaysia’s debt is currently the highest it has ever been. But what does this actually mean?

When governments spend more than what they earn, they run a ‘fiscal deficit’. To fund this gap, the government will need to borrow money either domestically or internationally. This is what Malaysia has been embroiled in for the past two decades, with this year’s deficit being one of the largest since the country first gained independence.

“There is no running away from the RM1 trillion debt that we have incurred.”

“Malaysia’s income has been stagnant for the past five years, and expenditure has only increased,” former second finance minister Datuk Seri Johari Abdul Ghani stated in a recent interview for local TV station, TV3.

The businessman raised this concern during a debate with PKR heavyweight Rafizi Ramli on the issue of Budget 2023. As interest rates rise, this will make the cost of repayments increase even further, which leads many people to wonder, will the country be able to pay off it’s massive borrowings?

Another worrying figure to keep an eye on in the foreseeable future is the debt service charges — the financing cost of borrowing — is estimated to be 16.1% or RM46.1 billion in 2023 and will likely grow even further. This means that for every RM100 that the government earns in revenue, RM16.10 will be used to pay off the interest on its borrowings.

While it is clear that Malaysia needs to address its growing debt issues, how do we fare against other countries?

When we compare Malaysia’s external debt figure of RM269 billion (USD56.7 billion) to Singapore’s SGD2.4 trillion (USD1.7 trillion), it paints a rosy picture. However, there is more to the story than this.

“If the money is used to facilitate investments that generate strong returns for the country, then it is a much better quality of debt as opposed to those used to fund operating expenses,” Professor of Economics at Sunway University, Dr. Yeah Kim Leng tells SAYS.

Singapore’s Ministry of Finance shared that the island nation’s external debt stems from foreign investors who have deposited money into their banks. This money is then used by banks to fund projects around the world. Profits generated by such projects will then be taxed by the government, making it the main source of income for Singapore.

We can see that having debt is not necessarily a bad thing, but this money must be used for development that will boost the economy in the long run. So what is Malaysia spending its money on?

Based on the recent #Budget2023 figures, about 80% of expenses for next year are being used for ongoing costs of running the country, leaving only 20% for development activities.

Who is lending money to the government?

According to Bank Negara, 74% of its borrowings are domestic. This group consists mainly of banks, insurance companies, the EPF and KWAP. These are all institutions that Malaysian citizens have placed their money in, so the government is essentially borrowing money from its own people.

“No government should borrow money and pay interest on it — because the government has the right to create the currency of the nation. In some instances this can be inflationary but still worth it because you make everyone bear the burden of the nation.” International Islamic University Malaysia professor, Prof. Dato’ Dr. Ahamed Kameel Mydin Meera, told SAYS.

However, borrowing money domestically actually rewards the rich in the society while causing everyone else to bear the burden of recovery, says Meera. The academic added that borrowing money from external sources is even worse since we would need foreign reserves to service the debt.

So what can Malaysia do to manage its growing debt?

“There are two sides to this equation. The first being revenue, where the government needs to place more emphasis on the private sectors by providing with them more incentives and giving more opportunities for these emerging industries to flourish,” Dr Yeah Kim Leng explained.

“The second is expenses, and the government will need to be more prudent with it’s spending and need to start giving out more targeted subsidies to make them more effective.”

The good thing is, Malaysia is in a much healthier position than countries like Sri Lanka. Over 98% of Malaysia’s debt is in Ringgit, which makes it much easier for the government to manage as it is not exposed to fluctuations in foreign currency.

With that being said, when money is borrowed, it will need to be repaid eventually. As expenditure continues to be on the rise, the government will need to be cautious about how it plans to facilitate this.

Get the latest #GE15 updates on SAYS here

Interested in more money related stories? Check these out: