Honduras ex-president extradited to US for drug trafficking trial 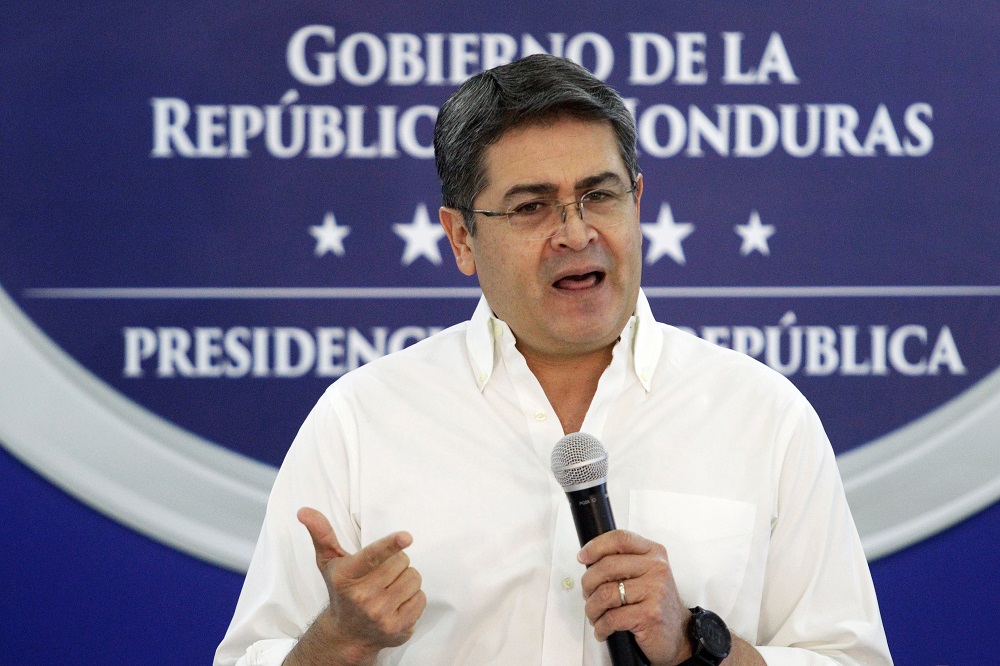 NEW YORK, April 22 — Former Honduran president Juan Orlando Hernandez was extradited to the United States Thursday to stand trial for allegedly aiding the smuggling of hundreds of tons of cocaine to America.

The 53-year-old, whose 2014 to 2022 stint as president was plagued by allegations of corruption, risks spending the rest of his life in prison if convicted.

AFP witnessed Hernandez’s departure from an air force base in Tegucigalpa on a Drug Enforcement Administration plane destined for the United States, where he was due to be detained in New York.

Hernandez is accused of having facilitated the smuggling of some 500 tons of cocaine — mainly from Colombia and Venezuela — to the United States via Honduras since 2004, starting long before his presidency.

In turn, he allegedly received “millions of dollars in bribes… from multiple narcotrafficking organisations in Honduras, Mexico and other places,” according to a US Embassy document.

An indictment filed by prosecutors in New York charged Hernandez with three counts of drug and weapons offences.

“Hernandez abused his position as President of Honduras… to operate the country as a narco-state,” US Attorney General Merrick Garland told reporters.

Not even three weeks after leaving office following elections, a warrant was issued for Hernandez’s arrest at Washington’s request, and he surrendered to police on February 15.

He was then held at a police special forces prison in the capital Tegucigalpa.

Hernandez portrayed himself as an ally of the US war on drugs during his tenure, helping to extradite several narcotics kingpins.

Washington even supported his re-election in 2017 despite a constitutional one-term limit and accusations of voting fraud.

But several drug traffickers since told US prosecutors they had paid bribes to the president’s inner circle, and by the time he left office, US drug enforcers were ready to move against Hernandez.

US prosecutors say the former president turned Honduras into a “narco-state” by involving the military, police and civilians in drug trafficking to the United States.

He is alleged to have received millions of dollars from multiple drug trafficking organizations, including from the former leader of the Sinaloa Cartel, known as El Chapo.

In return, drug traffickers in Honduras were “allowed to operate with virtual impunity,” Garland said.

An alleged Hernandez associate, Geovanny Fuentes Ramirez, was sentenced in the United States in February to life in prison and a fine of US$151.7 million (RM651 million) for smuggling tons of cocaine with the ex-president’s aid, according to prosecutors.

And his brother, ex-congressman Tony Hernandez, was given a life sentence in the United States in March 2021 for drug trafficking crimes in which Juan Orlando Hernandez was said to have been a co-conspirator.

The former president denies the allegations against him.

Hernandez left office on January 27 when leftist Xiomara Castro became president of this country, which has a poverty rate of at least 60 per cent among its 10 million inhabitants.

On March 28, the 15-member Supreme Court of Honduras — all judges appointed during Hernandez’s first term — ratified his extradition.

In a statement, the former president’s family protested his “innocence” and said he was a “victim of revenge by the drug traffickers he himself had extradited or forced to flee to the United States.”

These had told lies about Hernandez in a bid to have their own sentences reduced, the relatives said. — AFP