Germany’s Laschet signals readiness to step down as CDU chief 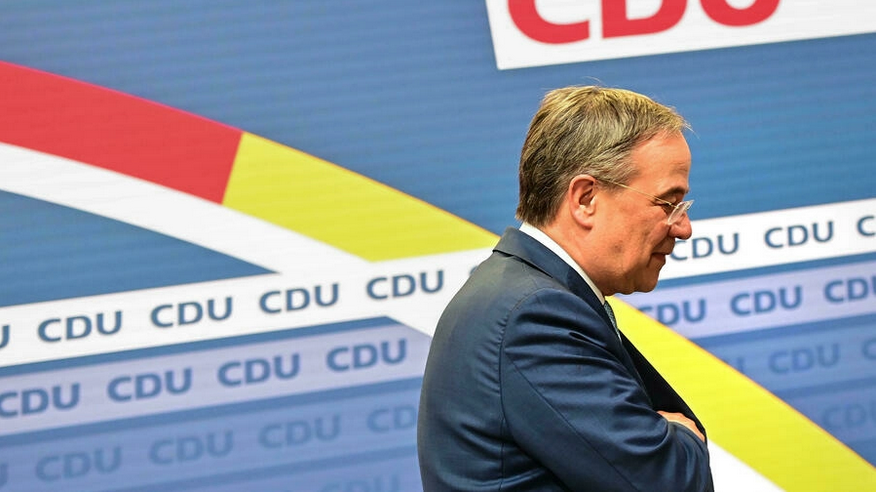 BERLIN, Oct 10 — The beleaguered chief of Angela Merkel’s CDU party signalled Thursday that he was ready to step aside as leader of the conservatives, after an election debacle that left them on the brink of opposition.

Armin Laschet, 60, has been under intense pressure to quit after he led the conservatives to its worst election result since World War II, coming in after the centre-left Social Democrats (SPD).

A day after kingmaker parties Greens and the liberal FDP decided to seek a coalition with the Social Democrats, putting SPD Finance Minister Olaf Scholz a step closer to the chancellery, Laschet said the leadership of his conservative party needed an overhaul — his job included.

“We will quickly tackle the personnel question of the CDU — from the chairperson through the party’s leadership to the federal executive committee,” he told journalists, saying that he will propose a date for a party congress to settle these issues.

Nevertheless, Laschet insisted that a coalition led by his Christian Democratic Union (CDU) and Bavarian sister party CSU can still be a viable option if ongoing talks led by rivals SPD were to fail.

Following first exploratory talks on Thursday, however, the SPD, Greens and FDP said they will press on with another round from Monday.

“I sensed from the talks that we can achieve something together,” said SPD general secretary Lars Klingbeil.

For Laschet’s Bavarian ally, CSU chief Markus Soeder, it was time for the conservatives to move on.

The CDU-CSU alliance must now prepare itself for a stint in opposition after 16 years in power led by Merkel, he said.

“This will change our country,” Soeder had said on Wednesday.

Merkel herself, who is staying on as caretaker chancellor during the coalition haggling process, also hinted that she expected ongoing talks that leaves her conservatives out to go smoothly.

The process “will definitely be faster than during the last government formation, I’m sure of it,” said Merkel during a visit in Rome.

Laschet, who is state premier of Germany’s most populous region North Rhine-Westphalia, was elected head of the CDU in January.

While less popular than Soeder, he managed to beat the Bavarian leader to become the bloc’s chancellor candidate.

For some time, Laschet was the clear favourite to succeed Merkel, who is bowing out of politics after 16 year in power.

But his party’s ratings began to slide as he committed a series of gaffes, including being caught on camera laughing in the background during a solemn tribute to flood victims.

Desperate to turn the tide, the conservatives tapped on their best asset — Merkel.

Even though the chancellor pulled out the stops to accompany Laschet across the country on the last week of election campaigning, he was unable to pull off a win on polling day.

Official results of the election showed former CDU voters abandoning the party in droves, mostly in favour of the SPD and the Greens. But the party also lost ground to the far-right AfD in the former East Germany.

Laschet said his party will hold a meeting in the east to look at how to win back voters from the AfD. — AFP