#GE15: Malaysians Share Which Politicians They Respect The Most And Why 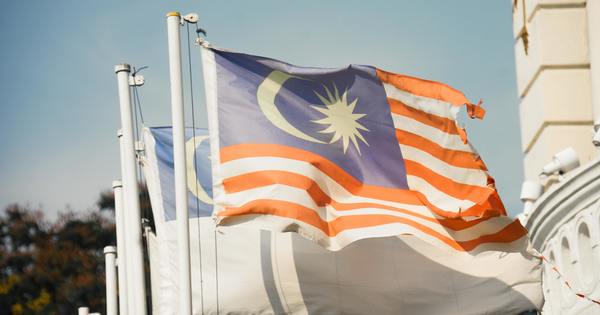 With the 15th General Election (GE15) just around the corner, we ran a survey to find out which politicians Malaysians look up to across party lines

We wanted to know what politicians have done to garner the respect of Malaysians. Here’s what you said:

Politicians are listed in no particular order. Submissions have been edited for clarity.

“I met her to discuss our youths, who are mostly abused and/or traumatised and/or at-risk, whom we serve through our NGO and the problems we had making sure they received the help they needed. She didn’t act stand-offish or disinterested; she was genuinely humble, wanting to learn and wanting to help… I was stunned!

“And even when she was forced to step down, she continued to help in the capacity she had — never once was she stuck-up or said she couldn’t he bothered — she did her very, very best to help. We need her back in position!!!”

“Hannah delivers results, walks the talk, and gets things done for the rakyat. She works for the rakyat, not for her own glory and personal interest. She should be our next PM.”

“Honest, hardworking, looks out for Malaysia’s good, not greedy for money.”

“Both Hannah and Syed Saddiq are very vocal about what they believe in and are not afraid to fight for what is right. They’re both also active on social media and respond to hate/criticism in a very mature and rational way, showing that they’re not just in politics for fun. Even during difficult times such as the pandemic, they go out of their way to help the rakyat in any way they can.”

“Datuk Jo is a well-respected man, and a man of his word. He was the MP for Titiwangsa and Deputy Finance Minister from 2016-2018. He is one of the rare MPs who does and serves the rakyat despite all negative sentiment from his party.

“He is down-to-earth and helps the Titiwangsa people even though he is not the current MP for Titiwangsa (current MP is Rina Harun). He supported the people during the COVID-19 pandemic by providing funds and facilities.”

“I respect Tun M for his contribution to the nation back in the 80s and 90s, but he’s lost the plot, as seen during his second stint as PM. I don’t support him anymore but he has a special place in my heart.

“He changed the sports industry to another level. Seeing him changing the Bukit Jalil sport complex from a dull looking stadium to a modernized, good looking sports complex is beautiful.

“For his vision and the way he’s hands-on in any task he’s in. I think he doesn’t necessarily do things to gain power or fame but he actually gets the work done with proper solutions to certain problems. He helps people. He’s super chill.”

“Tuan Guru Haji Hadi has integrity, modesty, and is humble.”

“Someone who is actually bringing the people’s voice to parliament and to media attention. He is not scared to speak the truth against those in power even when they threaten him and his family.”

“He is the only one in parliament that talks about bringing changes to our corrupt system in Malaysia. His ideas are very progressive and something I would get behind. As a student especially, I would really love it for him to become the education minister.”

“He implements initiatives that consider all races and give equally to everyone. Plus, he strives to fight for the voice of youth to be heard.”

“Syed Saddiq walks the talk. Most youngsters only complain about the government, but he took the lead to join politics to change the government.”

“Because of the short victory his party had back in 2018 we are enjoying freedom in media and freedom of speech that we didn’t have beforehand.

“He doesn’t use race as a political propaganda to divide Malaysians and I personally feel that with his leadership we will see significant reduction in political corruptions in this country to name a few.”

“Anwar is disciplined and brave.”

“Anwar is a prime minister figure with broad ideas for the country.”

Image via The Sun Daily

“I respect Rafizi’s vision, idea, and plan. I would give him a chance and role in our government.”

“Rafizi is intelligent and humble.”

“He made a brave comeback.”

“His vision is something we need to look up to.”

Image via The Dewan

“He has proven time and time again that he works for the rakyat. He’s not in it for the money but to use his power and position to help and voice out for the people in need. One can tell he’s passionate about what he does. Thank you Dr Dzul for your service!”

“Let’s admit it, Najib went to court, then went to jail. Yet, people admire him and call him Bossku. Need I say more?”

Image via The Edge Markets

“They [Dr Wan Azizah, Hannah Yeoh, Syed Saddiq] speak up for real issues that the people face and they don’t waste time politicking but focus instead on coming up with real solutions that can and will benefit Malaysia and the people in the long run.”

“Kept his word and listened to what people suggested.”

“I heard from a lot of people that his word shows power and can lead good things.”

“Anthony Loke is upfront and honest.”

There are several honourable mentions from the survey