#GE15: Key Issues That Will Drive Voters To The Polling Stations 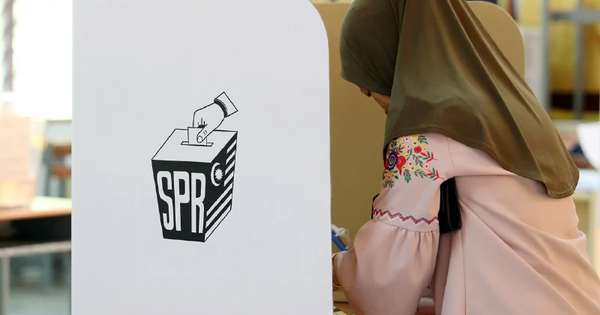 As polling day for the 15th General Election (GE15) draws closer, parties are clamouring to get voters’ attention with their promises

On that front, the coalitions have released their election manifestos.

SAYS has written about three of the country’s biggest coalitions’ manifestos, and has compiled about 50 pledges of interest from Barisan Nasional (BN), Pakatan Harapan (PH), and Perikatan Nasional (PN) that are most likely to affect the general public, and to help you decide which coalition to vote for.

Another coalition, Gerakan Tanah Air (GTA), will not be releasing its manifesto, according to its chairman Tun Dr Mahathir Mohamad. For the record, GTA, which comprises four parties, was not registered as an official coalition. As a result, the coalition will use the logo and flag of its main party, Pejuang.

Usually, key issues such as the economy and inflation rank high during general elections. This GE15, though, the most significant issue that is going to drive people to the polling stations is political stability.

Malaysians have been frustrated with the politicking that saw two consecutive administrations and three prime ministers over the period of two years since February 2020, when the PH administration fell.

Keeping that in mind, political stability is something that will be high on voters’ agenda, as a stable government will have time to work towards a relatively safe economy and keep inflation in check.

It’s an issue that former second finance minister Datuk Seri Johari Abdul Ghani has spoken about at length, highlighting how political stability is needed to steer the country out of the economic morass.

Earlier this year, while speaking to Utusan Malaysia, the Federal Territories UMNO chief explained that several economic indicators — such as gross domestic product (GDP), foreign direct investment (FDI), per capita income, and total national debt — are showing that Malaysia is in a shaky position.

While not wanting to be an alarmist, Johari — who is contesting the Titiwangsa seat — pointed out that a review of the economic plan is also needed to avoid a Sri Lanka-like situation in Malaysia.

He cautioned that if the country’s economy remains as it is now, the government would have to borrow in order to provide further assistance to the people and this would affect the lives of future generations.

“At the end of the day, whoever forms the government must do so with a competent cabinet. Without this, you can see how the economy has fared over the past few years. You must introduce policies that are not popular. It may not please everyone, but the future generation will reap the benefits,” he said.

Regardless of which coalition wins GE15, the new government will need to prioritise restoring and improving the national economy as there’s a fear that the situation may get worse as the world economic situation is predicted to take a further hit next year, according to economist Dr Muhammed Abdul Khalid.

Photo shows a man on a kapcai riding through a street covered with coalition flags.
Image via Bernama

Meanwhile, a recent joint study found that voters are also concerned with the cost of living, job opportunities and wages, and education

The issues of cost of living and the rising price of goods are going to be among the top considerations for voters, with most of Malaysia’s ethnic-Malay majority expecting BN “to be most willing to provide handouts during these harsh times”, according to Singapore Institute of International Affairs’ senior fellow Oh Ei Sun.

And while the government allocated the largest subsidy in the country’s history, worth RM80 billion to help the people, many weren’t satisfied because the majority of aid did not benefit the poor.

To that front, one of BN’s manifesto promises includes an “assistive basic income” scheme, which involves an automatic “top-up” mechanism to ensure each household has a minimum income of RM2,208.

PH, on the other hand, has announced steps to help people cope with the high cost of living. Among them are eliminating cartels in the food sector and providing incentives to increase the production of food and basic essentials. This is a long-term solution to alleviate market pressures caused by rising prices.

When it comes to job opportunities, parties have a lot to answer in terms of how to attract young people, who are either unemployed or have jobs that do not pay enough to live, especially in cities, according to Aira Nur Ariana Azhari, the Democracy and Governance Unit Manager at IDEAS.

With regards to education, there are promises of free laptops, the expansion of public WiFi networks to all schools, and giving special allocations to address the “lost generation” who did not receive proper education due to poverty or living in remote areas during the COVID-19 pandemic.

Touching on this during an interview with Malaysiakini, Johari noted that BN needs to focus on issues like education and not just welfare as it’s something that directly affects the people on the ground.

The majority of members of parliament (MPs) are known to not have a very good “performance” in representing their constituents in the august house, as per an analysis by a civil society group.

Take, for example, that while there were a total of 89 parliamentary sittings between 26 July 2021 and 7 October this year, only 15 MPs out of 222 elected representatives attended all sessions.

A uniquely Malaysian issue, this lacklustre parliamentary attendance among the MPs also highlights the importance of electing leaders who not only understand the people’s issues but can bring them to the august house to make policies more responsive to the people’s wishes.

“If you want to look for a leader, first look for a good one, then look for a smart one. If you are looking for a leader who is not good, then the policies made are also not good for people,” Muhammed emphasised.