#GE15: Here Are 5 Key Players To Look Out For In This Coming Election 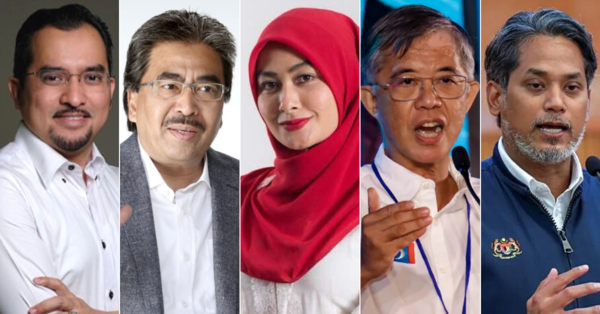 With the 15th General Election (GE15) fast approaching and Malaysia’s political parties announcing their candidates for each constituency, it’s easy to lose track of who’s who and why they matter

To help young voters and those casting their ballots for the first time, SAYS spoke to political analyst Dr Azmi Hassan about the key players we should look out for this coming election.

Dr Azmi believes that, because this coming election will see nearly 40% of voters under the age of 35, a new generation of politicians will breathe new life into the Malaysian political landscape.

Younger politicians and fresh faces will be important to young voters, who want somebody that they can relate to and candidates who can articulate intellect — qualities that fresh candidates usually possess.

Here are five key players to look out for this coming general election:

The following names are listed in no particular order.

In an effort to attract more Malay voters of Bentong, Pahang, DAP has named former Ketari assemblyperson Young Syefura Othman as its candidate for the seat.

Dr Azmi opined that the party is gunning for her rather than the incumbent Wong Tack because he is unable to secure support from Malay voters since GE14.

He added that the competition in the Bentong seat would be interesting because the 33-year-old was more popular with the locals compared to Wong Tack, secretary general Anthony Loke Siew Fook was reported as saying by New Straits Times.

Syefura, popularly known as Rara, studied Diploma in Nursing and has worked for a year as a private nurse before opening a cupping and acupuncture clinic in Puncak Alam with her brother.

Image via The Edge Markets

Another candidate to look out for is former second finance minister Datuk Seri Johari Abdul Ghani, who will be contesting for the Titiwangsa seat.

After serving as MP from 2013 to 2018, and second finance minister from 2016 to 2018, he lost the seat to Datuk Seri Rina Harun, who was with Pakatan Harapan at the time. However, he continued serving the constituency and is currently the Federal Territories UMNO chief.

An accountant by profession, Johari started his career at international accounting firm Peat Marwick & Company. Since then, he has held several senior positions in the corporate arena and has assisted well-known companies in Malaysia.

As of writing, he has not yet announced which constituency he will contest in, though some experts are predicting it would be in Kelantan, which would be difficult for him, according to Dr Azmi.

He added that Putrajaya would be a good seat for him to contest, and would make for an interesting competition between Asyraf, incumbent member of parliament (MP) Tengku Adnan Tengku Mansor who has held the seat since 2004, as well as caretaker Education Minister Datuk Dr Radzi Jidin.

Asyraf graduated from International Islamic University Malaysia with a bachelor’s degree in accounting. He, then, furthered his studies in Loughborough University, where he obtained two degrees: Master of Science with Distinction (Islamic Economics, Banking and Finance), and Doctor of Philosophy (Islamic Banking and Finance).

PKR vice-president Chua Tian Chang, better known as Tian Chua, has expressed his desire to run for the Batu seat for the third time.

A veteran in the political landscape, Tian Chua has served as an MP for Batu for two terms since 2008. He said he was confident of the support he had among voters there, but will wait for PKR to decide on his candidacy, reported The Star.

Dr Azmi believes the competition for the seat will be more interesting than Tian Chua himself because voters might see incumbent Prabakaran Parameswaran, who won the seat as an independent candidate at 22-years-old, lawyer-activist Siti Kasim, as well as influencer Nur Fathiah Syazwana Shaharuddin aka Cleopatra enter the race.

The political analyst said it would be compelling to watch how Tian Chua will ward off this unique and interesting group of candidates.

Tian Chua was educated in his hometown Melaka and continued his studies in Australia, where he majored in philosophy. He also has a master’s degree in Employment & Labour Studies, which be obtained in The Netherlands.

Khairy Jamaluddin is also included in this list because, although he has yet to announce which seat he will contest, he is considered a “variable” by Barisan Nasional (BN) and an up-and-coming politician.

“Khairy has a long way to go, so it is very critical for him to contest at a place, not for a sure win, but somewhere that has the best bet for him to win,” said Dr Azmi.

If Khairy were to contest and win in Port Dickson, for example, it would elevate his stature in BN.

Currently the caretaker Health Minister and formerly Rembau MP, Khairy was speculated to contest in Sungai Buloh in GE15, after Tampin or Kuala Pilah.

New Straits Times reported him as saying he was open to any seat that the political party wanted him to win and that party leaders will announce his candidacy soon.

He has previously served as Minister of Science, Technology and Innovation and Minister of Youth and Sports. Prior to entering politics, Khairy worked as a policy aide, investment banker, and entrepreneur.