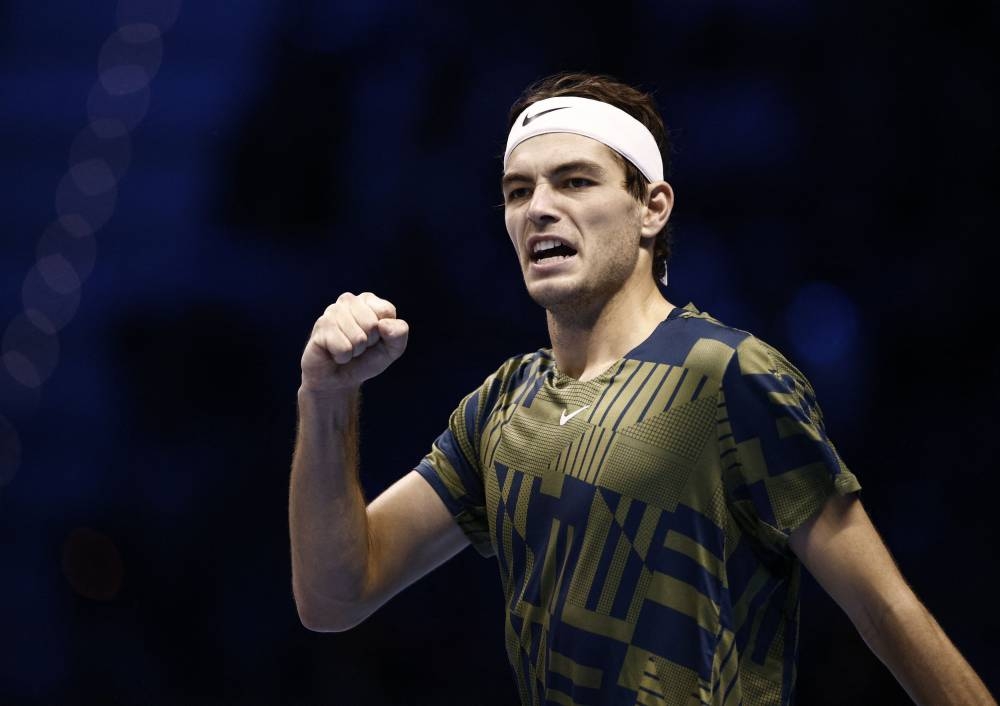 Taylor Fritz of the US celebrates winning his first set during his group stage match against Spain’s Rafael Nadal at the ATP Finals Turin November 13, 2022. — Reuters pic

TORONTO, Nov 14 — Taylor Fritz stunned Rafa Nadal 7-6(3) 6-1 to make a winning debut at the ATP Finals in Turin while Norway’s Casper Ruud kick-started the round-robin stage earlier on Sunday with a win over Canadian Felix Auger-Aliassime.

Spanish top seed Nadal arrived in Italy having only competed in one singles match since his fourth-round US Open loss two months ago and his lack of recent competition showed as he was unable to keep pace with Fritz as the match wore on.

“I need more matches to play at this kind of level, even if I am practising well, much better than how I am competing, without a doubt. That’s normal,” Nadal told reporters.

“At the end is not the ideal tournament and probably part of the season to come back after a couple of months without being on the tour because you don’t have time to get confidence.”

Nadal grabbed a 6-5 lead in the opening set when he held to love for a fifth time but then lost the opening three points of the tiebreaker and could not find his way back.

After neither player dropped serve in the first set, Fritz broke early in the second for a 3-1 lead and again to pull ahead 5-1 before closing out the match on his next service game when Nadal sent a forehand long.

“Once I got through that first set I just wanted to do the same thing I was doing for the second set: take care of my serve and just look to capitalise on the break points when I got them,” Fritz said in his on-court interview.

“I knew coming out here this was going to be a big match if I want to make it out of the group, it’s a really important one.”

For Fritz, the victory marked his first over a top-three opponent in 12 attempts and improved him to 2-2 in head-to-head meetings with Nadal having beaten him at Indian Wells in March.

Canadian Auger-Aliassime has been in sublime form at the end of the season, winning three tournaments in a row before a semi-final run at the Paris Masters, but was not at his best while falling 7-6(4) 6-4 to Ruud.

Although he fired 26 winners past world number four Ruud, they were offset by 26 unforced errors as the Norwegian wrapped up the victory to get on the board in the Green Group, which also has Nadal and Fritz.

“I think this is some of the best level that I’ve played since the U.S. Open,” said Ruud, who reached the final of the year’s last Grand Slam in New York.

Auger-Aliassime had won 16 matches in a row to win titles in Florence, Antwerp and Basel last month.

But Ruud, a semi-finalist last year, stamped his authority in the tiebreak and did not face a single break point in the match as he beat the Canadian for the second time this year. — Reuters