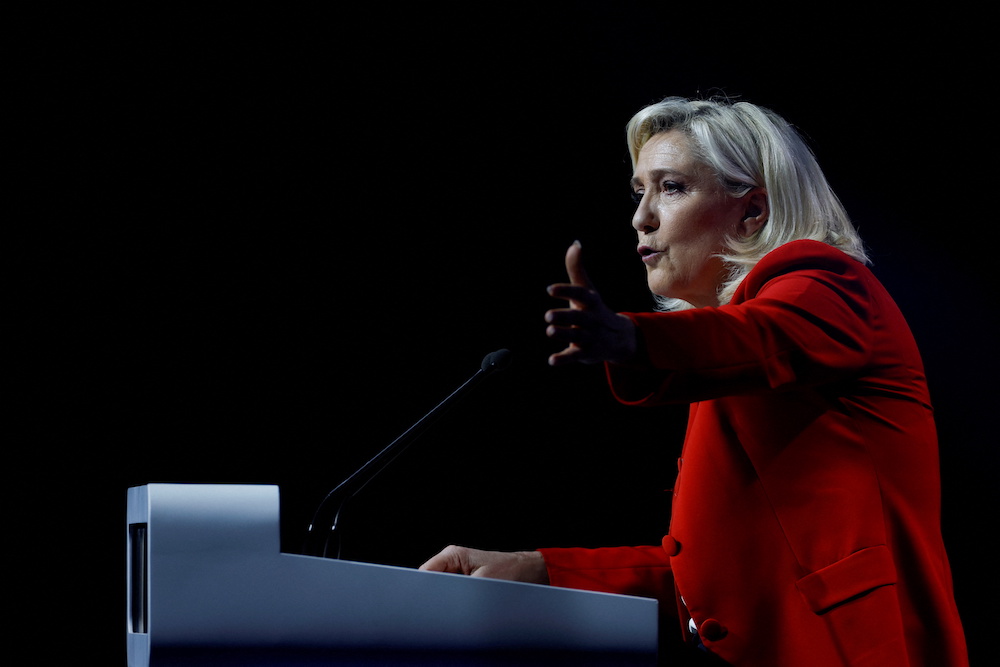 PARIS, April 18 — The two remaining contenders in the French presidential race return to the fray Monday after a brief Easter pause in campaigning and ahead of a high-stakes televised debate.

President Emmanuel Macron and far-right challenger Marine Le Pen both have low-key meetings Monday, pacing themselves until Wednesday’s face-off, which could turn out to be the key to the campaign.

Last time around in 2017, when the same two candidates faced off at this stage of the campaign, most observers think Macron came off best. He won the election comfortably a few days later.

This time however, Le Pen insists she is better prepared. “In my head, I’m ready to exercise power,” she told TF1 television Sunday night.

Macron was equally confident in his comments to TF1.

The latest opinion polls still suggest Macron has the edge, giving him scores of between 53 and 55.5 per cent to Le Pen’s 44.5 to 47 per cent.

But allowing for margins of error, Macron knows there is no room for complacency ahead of next Sunday’s second-round vote.

Le Pen, too, knows what is at stake.

“I’ve read so much nonsense about my plans over the last few days, so many caricatures — even fake news — that it’s extremely important I can get a moment with all the French people who are interested… so as to be able to reassure everybody,” she said Saturday.

Le Pen has worked hard to present a more moderate face to voters, stressing her plans to tackle rising living costs rather than her usual topics of immigration and Islam.

On Sunday, her team was keen to play down her proposed ban on the Islamic headscarf in public places, which she has said will be punished with fines by the police. This was no longer her priority in the fight against extremism, they said.

They have also hit back at a report that the European Union’s anti-corruption body OLAF had accused her and senior colleagues of having embezzled more than EUR600,000 (RM2.7 million) of EU funding during their time as euro-deputies.

Her lawyer, Rodolphe Bosselut, expressed suspicion at the timing of the release of the story, first revealed by the investigative website Mediapart on Saturday.

On Monday, Le Pen will head to Normandy in the north of France on what she is calling her “mission to convince”, before stepping back from campaigning to prepare for the debate.

Macron meanwhile has radio and television interviews lined up.

A string of leading politicians on the left and the right eliminated in the first-round of the election have thrown their weight behind Macron.

But the results of a survey Sunday carried out by Jean-Luc Melenchon, the third-placed radical-left presidential candidate, will give Macron food for thought.

Melenchon garnered 7.7 million votes in the first round: Nearly 22 per cent of the total. Of his 215,292 supporters surveyed however, only a third intended to back Macron in the second round.

The rest preferred to return a blank or spoiled ballot paper — or just not vote at all.

Melenchon himself, rather than explicitly endorsing Macron, has simply called for “not a single vote for Le Pen”.

Christophe Castaner, the leader of Macron’s Republic on the Move (LREM) group in parliament, played down the significance of the survey.

But he also warned: “Not to choose, is to accept you are playing Russian roulette.” — AFP