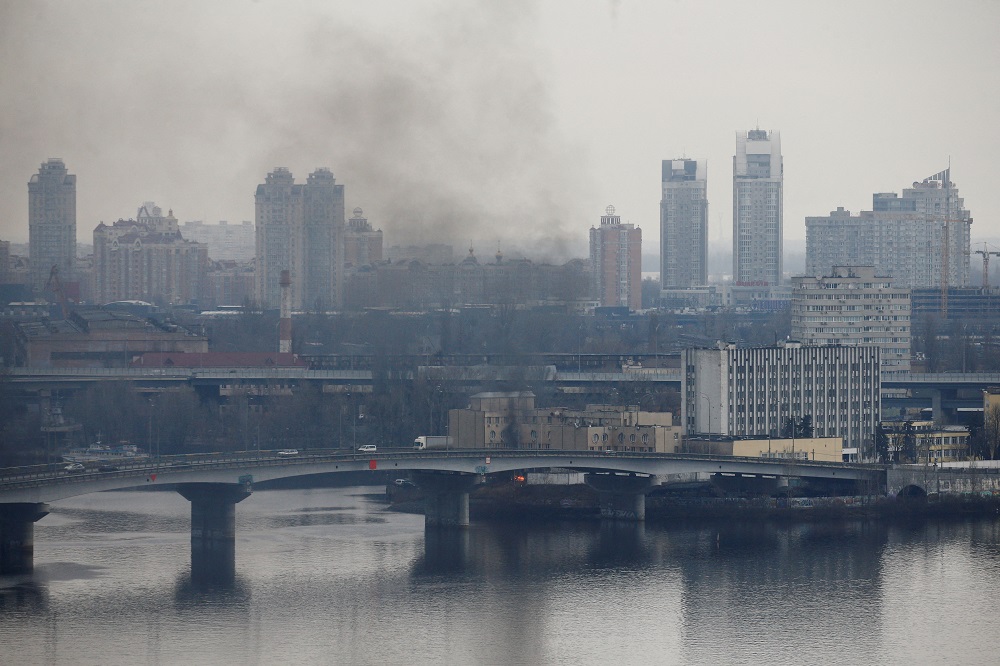 NEW YORK, March 16 – A French-Irish cameraman for Fox News and a Ukrainian working as a producer for the US television network have been killed in fighting near Kyiv, Fox News said yesterday.

Cameraman Pierre Zakrzewski and producer Oleksandra Kuvshynova died and correspondent Benjamin Hall was wounded when their vehicle was struck Monday by incoming fire in Horenka, outside the capital.

Zakrzewski, 55, who was based in London, had dual French and Irish citizenship and been working in Ukraine since February.

“He was a warm-hearted traveller who provoked beautiful encounters, he was very humble and human and had not lost any of his sensitivity over the years,” a member of his family told AFP.

He knew Pakistan and India well and took “particularly remarkable images of the conflict in Kashmir,” she said.

Zakrzewski also had a long relationship with Afghanistan, where he had covered decades of conflict, from the war against the Soviets to the return of the Taliban, she said.

Fox News said Zakrzewski had played a “key role” in getting the network’s Afghan freelance associates and their families out of the country after the US withdrawal.

It also said he was given an “Unsung Hero” award at the company’s annual employee Spotlight Awards in December.

“Pierre was a war zone photographer who covered nearly every international story for Fox News from Iraq to Afghanistan to Syria during his long tenure with us,” Scott said.

“His passion and talent as a journalist were unmatched.”

He is survived by his wife Michelle, a documentary filmmaker and producer, his family member said.

Scott also paid tribute to Kuvshynova, 24, saying she had earned a reputation for being “hard-working, funny, kind and brave” while working with the Fox crew to cover the conflict.

“Her dream was to connect people around the world and tell their stories and she fulfilled that through her journalism,” Scott said, adding confirmation of her death had been delayed out of respect for her family.

Irish Prime Minister Micheal Martin said he was “deeply disturbed and saddened” by the deaths of Zakrzewski and his colleague.

“My thoughts are with their families, friends and fellow journalists,” Martin said on Twitter. “We condemn this indiscriminate and immoral war by Russia on Ukraine.”

Scott Griffen, deputy director of the International Press Institute, said the journalists had “bravely risked their lives to make sure the world understood the true horror of what is happening in Ukraine.”

“We renew our call on military forces to do everything in their power to ensure the safety of journalists, whose work is essential to documenting this war,” he said.

Unesco chief Audrey Azoulay, in a press statement, echoed the call for journalists to “never be targeted,” and for “international humanitarian norms” to be respected.

On Sunday, a US journalist was shot dead and another wounded in Irpin, a frontline suburb of Kyiv that has witnessed some of the fiercest fighting since Russia invaded Ukraine.

A Ukrainian who had been in the same car as the Americans was also wounded, according to a medic at the scene.

According to Lyudmyla Denisova, the Ukrainian parliament’s human rights chief, at least two other Ukrainian journalists have also been killed.

Evgeny Sakun died in a Russian strike on a Kyiv television tower and Viktor Dudar died in fighting close to the southern port city of Mykolaiv, Denisova said on Telegram. – AFP