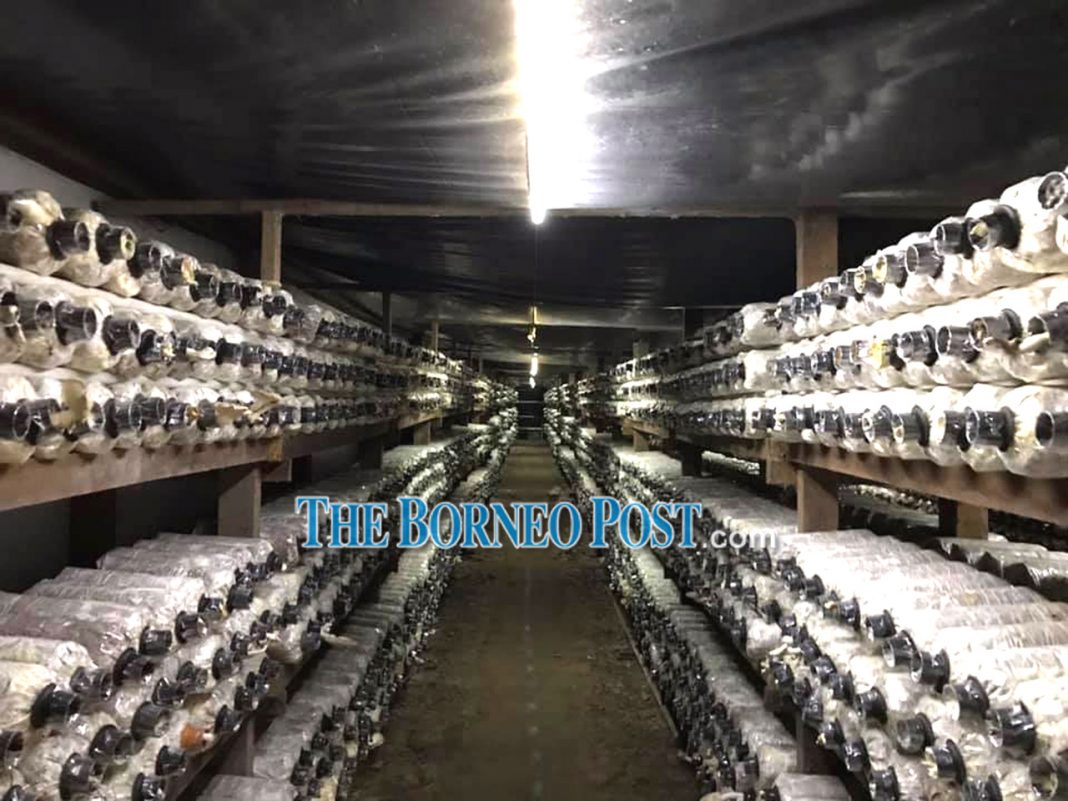 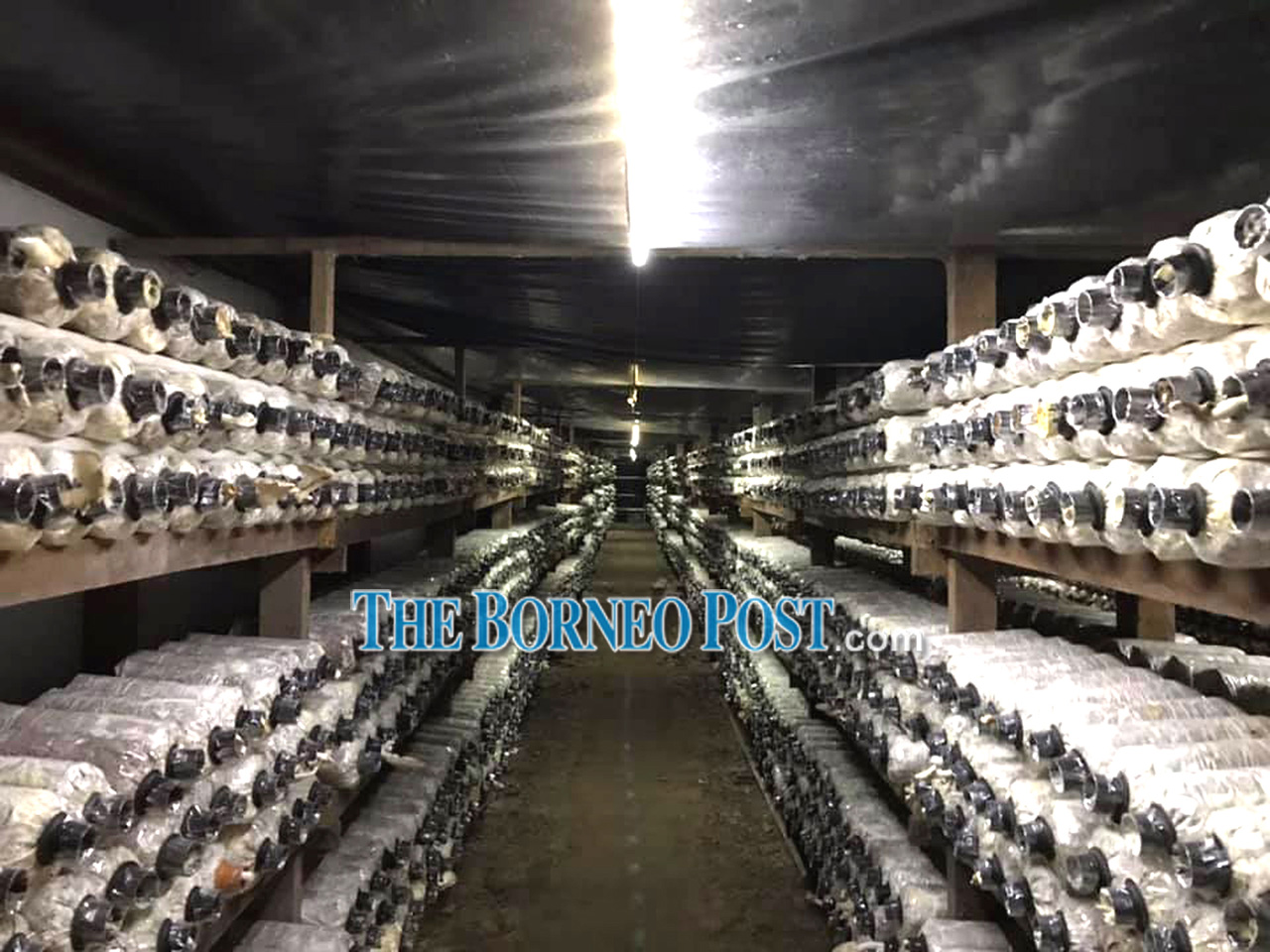 When he mentioned he was growing paulownia, known as the Kiri tree, I was really intrigued. In no time my friends and I were at his farm to see his new tree crop. 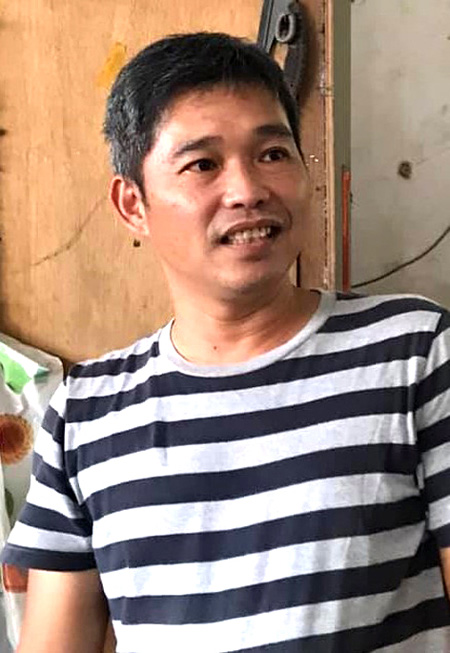 Wong researches his crops and is passionate about the legends and stories surrounding them. He is well versed in his business.

He told us about a custom regarding the Kiri tree in Japan.

“When a Japanese father had a daughter, he would start growing paulownia, also known as Empress tree, so that a dresser could be made from the wood as a dowry on her wedding day,” he said, showing us photos of paulownia wood carvings, which are treasured art forms in Japan and China.

He also shared a legend that the phoenix would only land on the Empress Tree when a good ruler was power.

Stored in his mobile phone were images of Asian string instruments made of paulownia wood, including the Japanese Koto and the Korean gayageum zither.

He is optimistic the sape can be made from the same wood.

The Kiri tree is native to western and eastern China. In Fujian, the blooming of white paulownia flowers signal to the Minqing farmers to start planting rice.

In the old days, the Ibans in Sarawak used the star constellation – the Pleiades or the Seven Sisters – to tell the time to start planting padi.

He also showed us photos of paulownia trees, especially the purple ones, adorning parks and gardens of Japan, China, and Korea.

Interestingly, the tree was named in honour of Anna Paulowna, the queen consort of the Netherlands (1795-1865) and daughter of Tsar Paul 1 of Russia. It’s also called the Princess Tree for the same reason. 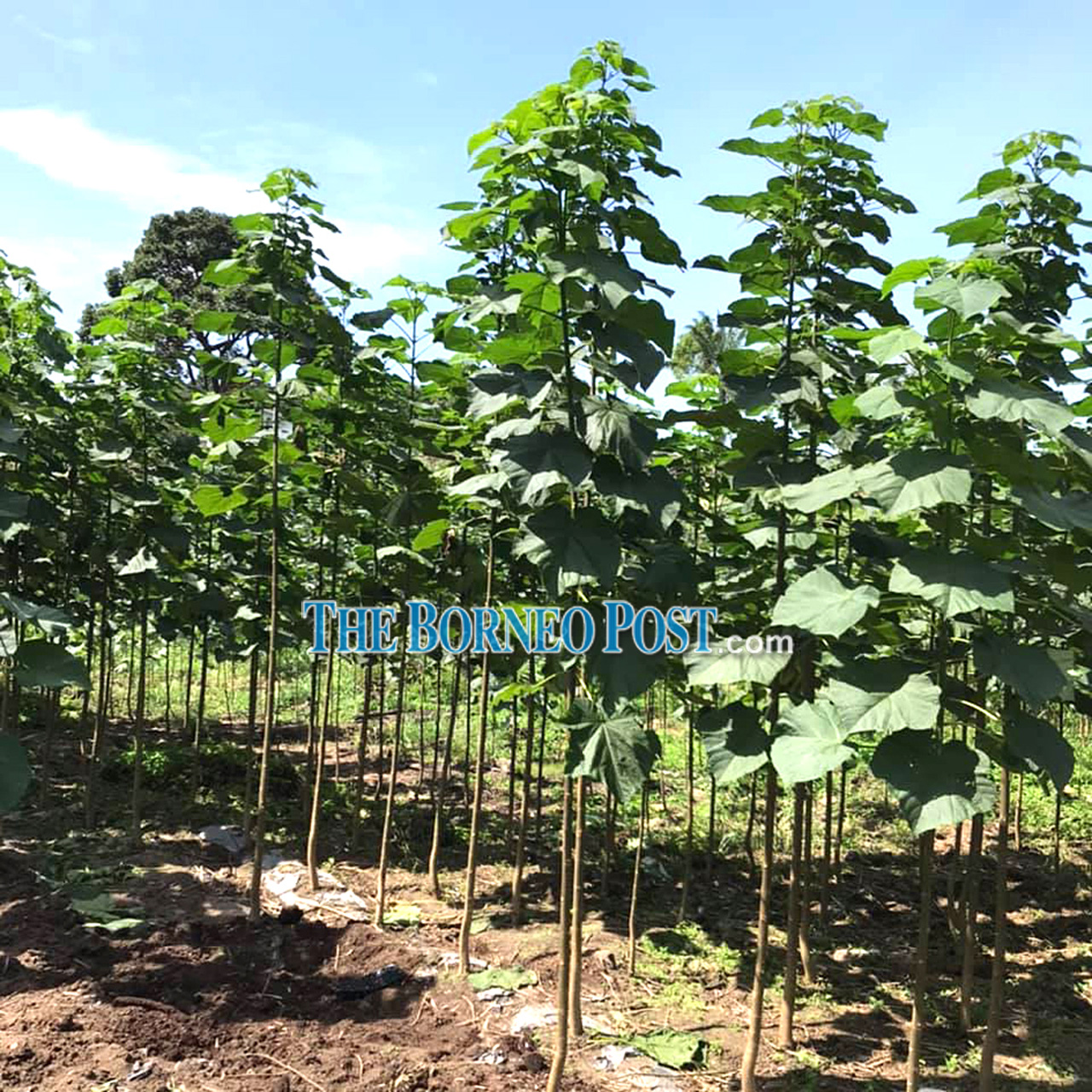 The paulownia tree can be harvested within 10 years.

To Wong, paulownia is like a miracle tree as it can mature within 10 years and produce strong, light timber, as well as firewood.

He is growing several acres of this timber with friends and has been sourcing seeds and seedlings from a company in Peninsular Malaysia where paulownia trees have been growing well.

He took us under the shade of the Kiri trees to enjoy the special fragrance of the leaves. He also demonstrated the malleability of the trunks of his one-year-old saplings, which were already more than 15 feet tall.

Wong is excited about the ability of an acre of paulownia trees to absorb more than 100 metric tons of carbon dioxide a year.

“It’s good for the ecosystem of our country. Besides, the chips are excellent packing materials,” he said.

“I would say I’m having some success. The trees grow very fast.” 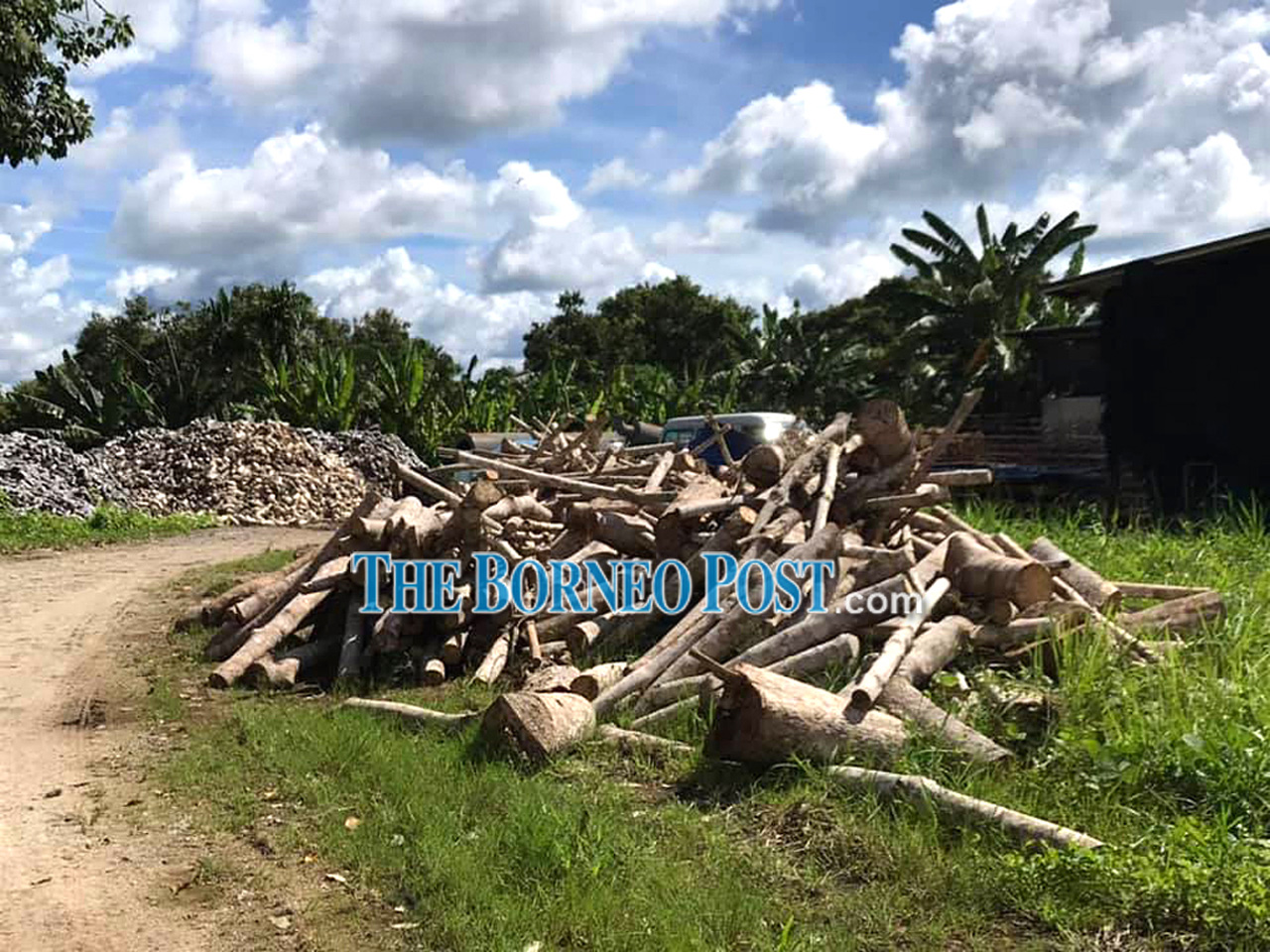 He has a lot of empathy for the people living around his farm. At the beginning of the year, two rows of terraced houses belonging to his neighbours were hit by flash floods.

Wong quickly got his workers to deepen the drains with his heavy machinery around the inundated properties.

“So far, no flash floods have recurred,” he noted.

Although his farm stretches from the roadside to the low valley, he can coax the soil to life.

His workers take pains in planting the seedlings. Rows and rows of young sprouts make a lovely sight in the distance.

Wong looks after his workers well, putting them up in a bungalow with a roof-top viewing area for miles around. From that vantage spot, he has made the view of his farm very scenic.

He said he would continue to support his community by digging and enlarging drains with his tractors to shield his vegetable gardens and the surrounding areas from floods. 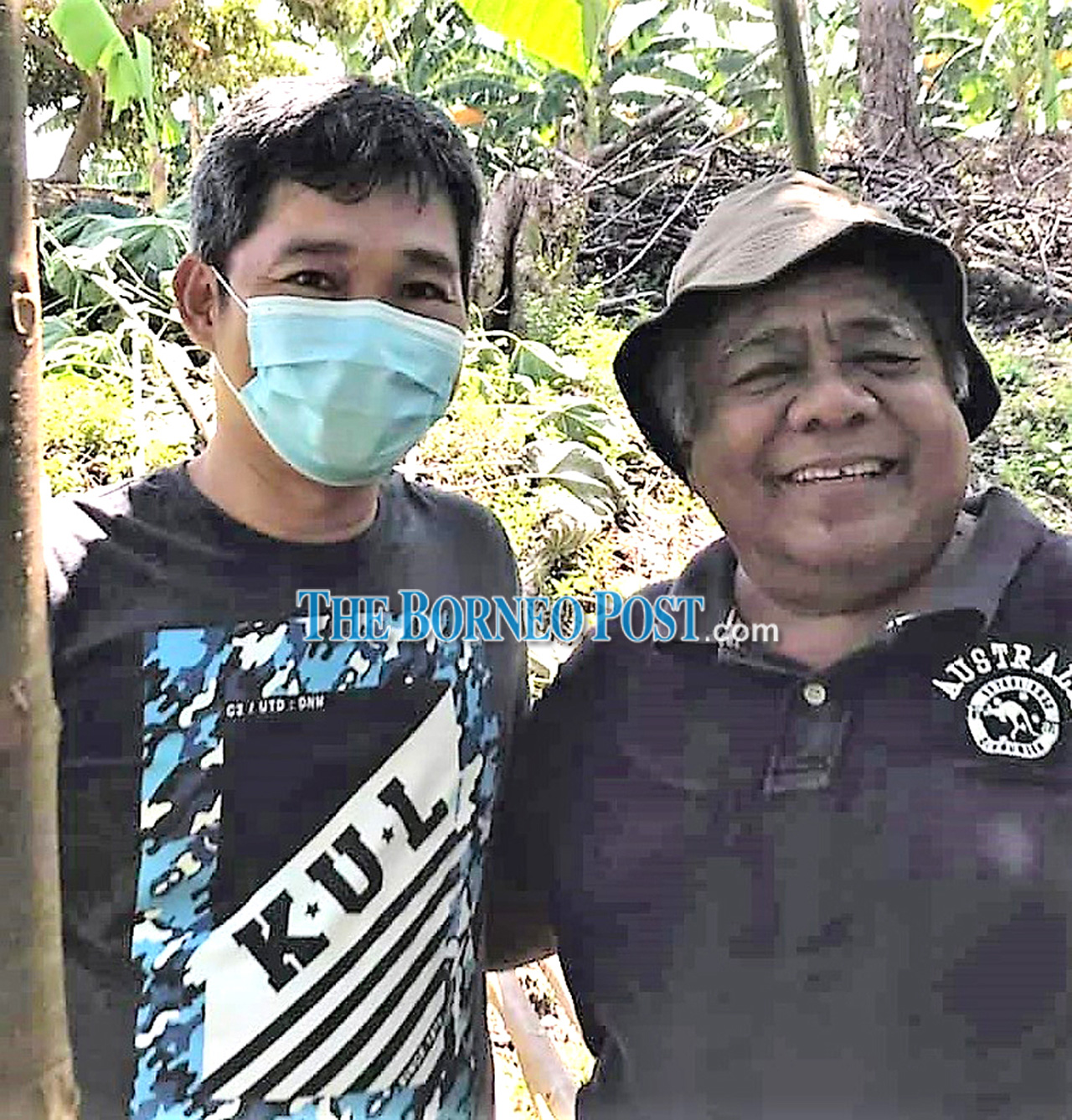 Wong and Musa under the shade of paulownia trees.

Wong also invited us to his mushroom farm near the Laku Water Treatment Plant in Lambir and we were in for a surprise.

For several years, the Agriculture Department has been encouraging small-time farmers to grow mushrooms, either in a small extension at the back of their house or the car porch.

The idea attracted a slew of hobby farmers among teachers, civil servants, professionals, and housewives in the 1990s.

The mushroom business didn’t really take off in Miri with only one or two making it big.

Wong is the bigger mushroom grower who now has enough of the crop to send to Bintulu and Sibu every day.

One of his workers, Ahmad, from Batu 8, Lambir Road, said, “Mr Wong can do everything – from A to Z – like the machinery we’re using. I can say he invented the rubberwood chip cutter.

“We make wood chips from the rubberwood he buys. That forms the mushroom-growing foundation at the farm. He trained us to use the machinery and we have been working for him over the past 10 years. He is very hardworking and supportive.”

The mushroom-growing factory is divided into different quarters. At the entrance are the quarters for preparing the soil and wood chips.

Next to them is the area for putting the growing materials into plastic bags with the machines Wong has assembled.

Behind this section are rows and rows of growth starters from which young mushrooms will develop. After the mushrooms reach a certain size, the growth starters are sent to another section with air-conditioning to prepare them for harvesting.

It looks simple but Wong and his staff have worked hard to made it possible for the public in Miri to buy organic oyster and abalone mushrooms. Everything is neatly organised.

Wong explained, “When you eat these mushrooms, you will immediately taste the difference. They are fresh and sweet with no soil smell.”

The mushroom factory has many sections air-conditioned for oyster and abalone mushrooms to grow to their fullest for the market. They are sold at RM15 per kg and vacuum-packed for sustainable marketing. 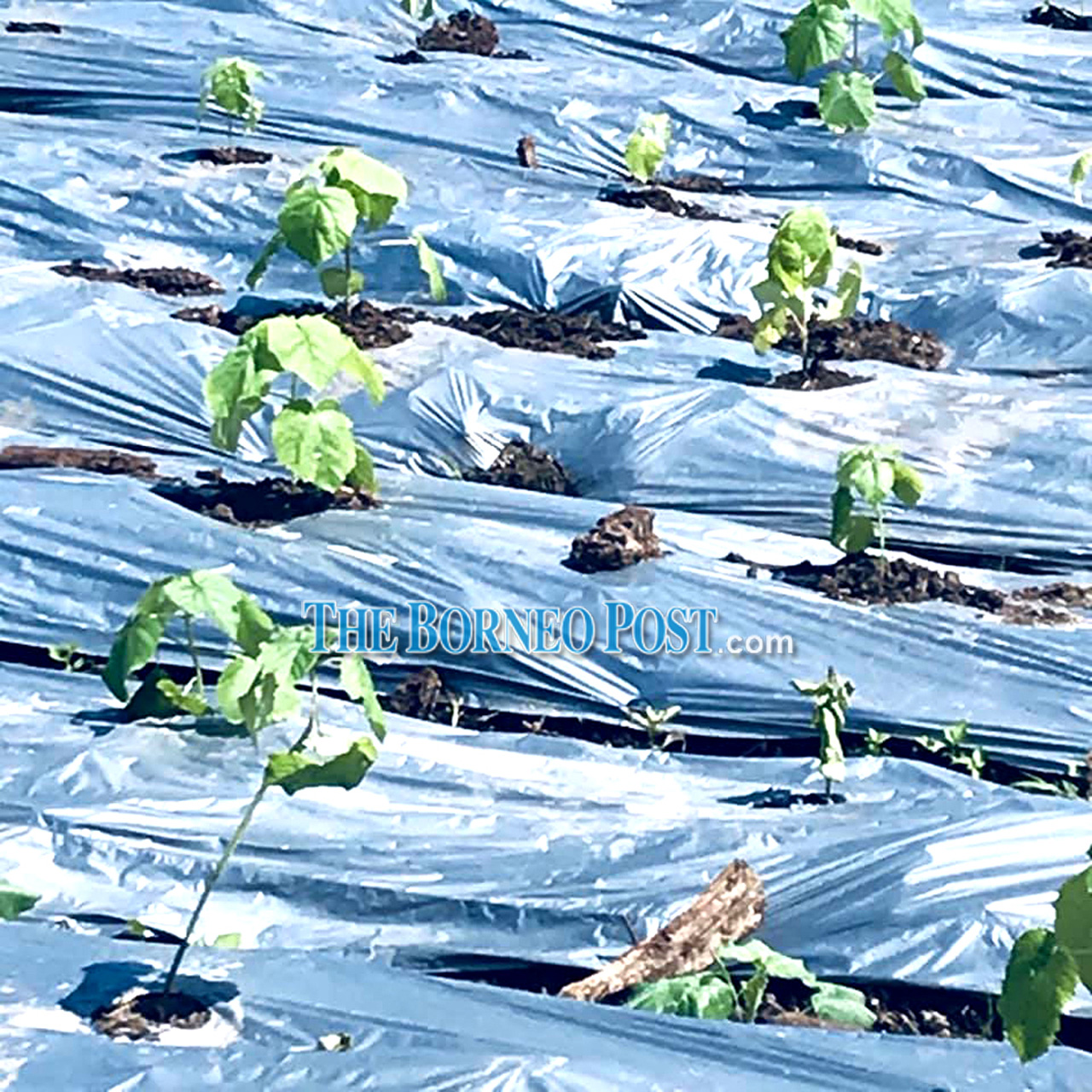 Some growers in Miri did attempt to grow mushrooms over the past decade or so.

Musa Musbah also started a small mushroom enterprise but it came to a stop when his partner left for Holland.

It was a good enterprise at the start and one of their employees even had a side-line business, enabling him to buy a car.

Musa told thesundaypost, “If we work hard and have a good business mind, we can do well. It’s quite demanding but I have acquired a lot of business knowledge from the experience.”

As Musa had more work as a geologist, he could not continue the mushroom business and the partners also decided to disband. 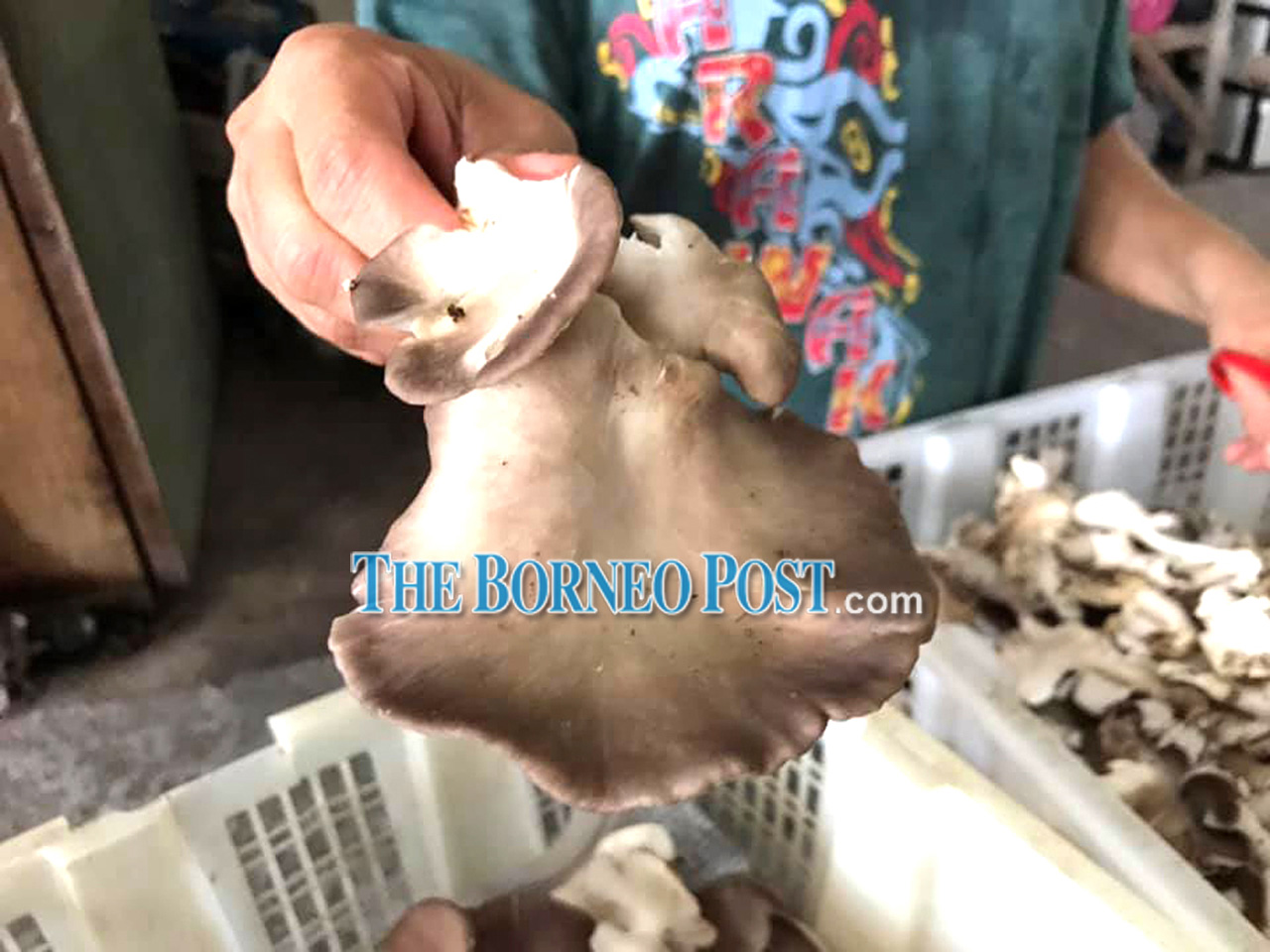 A sample of brown abalone mushroom.

It would have been delightful to be able to buy Moses Mushrooms and Fortune Fungi in Miri as Musa was often teased.

Wong’s mushrooms are premium oyster (white) and abalone (brown). They are fast-growing when all the planting conditions are met.

Wong makes sure he does all the right things – from preparing the starters to the final packing of the huge mushrooms in plastic bags of the right quality.

He is happy other crops are also coming up in Miri during the Covid-19 pandemic such as chillies, terung assam, and even midin.

He said Mirians could develop modern agriculture and he is all for organic farming.

“We take from nature and we must give back to nature. Also, we should not eat food full of chemicals,” he added.