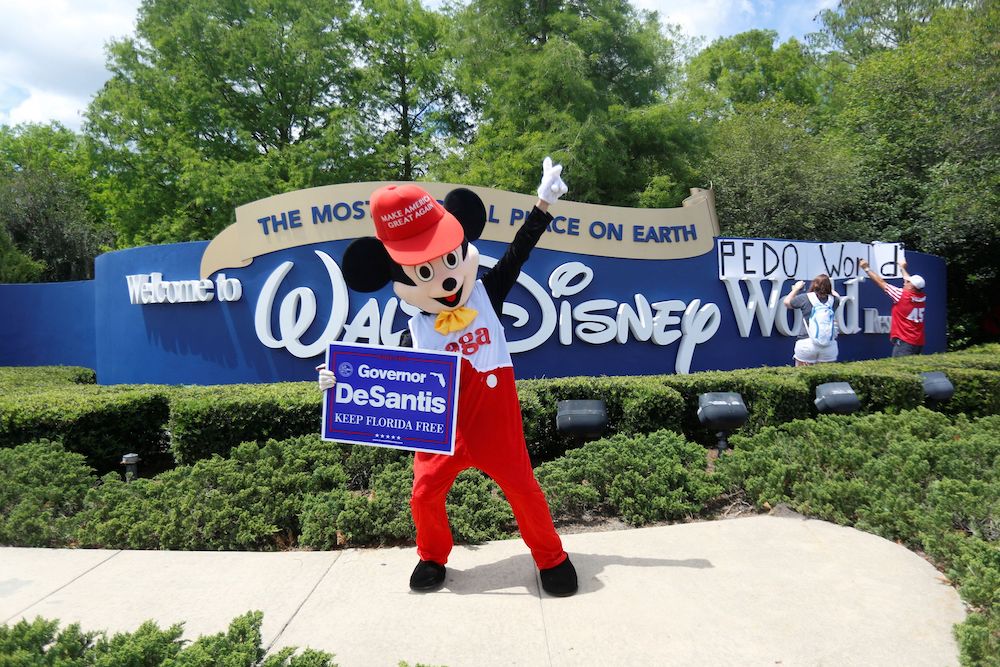 MIAMI, April 22 — Florida’s legislature scrapped Disney’s self-governing status in its Orlando theme park on Thursday, in a move widely seen as retaliation in a bitter row over what has become known as the “Don’t Say Gay” law.

The bill, which is expected to be signed into law by Governor Ron DeSantis, is the latest feint in a US culture war undertaken by the conservative presidential hopeful that has left Disney floundering.

“If Disney wants to pick a fight, they chose the wrong guy,” DeSantis wrote in a recent email to raise funds.

The trouble for the entertainment behemoth began in March, when the state government passed a law banning school lessons on sexual orientation and gender identity for small children.

The law — swiftly dubbed “Don’t Say Gay” — was part of a broader cultural battle that the Republican Party is waging as midterm elections in November approach.

Republicans are taking aim at news media, companies and Democratic politicians they accuse of trying to impose progressive ideology on others.

Disney initially hesitated to take a stand on “Don’t Say Gay,” which will affect kids in kindergarten through third grade, when they are eight or nine years old.

But the company’s silence prompted an angry backlash by some of their 75,000 employees and LGBT rights groups.

CEO Bob Chapek then slammed the law and halted all of Disney’s political donations in Florida.

That irked DeSantis, an ambitious Republican who is thought to be considering a run for the White House in 2024.

This week DeSantis asked the state’s congress to eliminate a statute that allows Disney to act as a local government in Orlando, where it has its theme park.

On Thursday the bill passed, starting a countdown clock for Disney’s special arrangement, which is called the Reedy Creek Improvement District. It is set to be dissolved in June, 2023.

‘A guest in Florida’

“Disney is a guest in Florida. Today we remind them,” Randy Fine, a Republican lawmaker leading the drive against Disney, tweeted on Tuesday.

US Senator Marco Rubio, a Republican from Florida, said the company observes a double standard.

d”Disney doesn’t say a word about the dictatorship in China because it would cost them billions of US$’s,” he tweeted. “But they have no problem using their corporate power to lie about laws passed by democratically elected legislators in Florida.”

The Reedy Creek Improvement District was created by Florida’s congress in 1967 to facilitate the construction of Disney World in Orlando.

It is about 38 square miles (100 square kilometers) and includes two cities and land in Orange and Osceola counties, in central Florida.

Disney runs the district as if it were a local government, including collecting taxes and guaranteeing services such as garbage collection and water treatment.

The decision to scrap the special district has raised doubts about the future of the land.

Under Florida law, if the special district is in fact dissolved, its assets and debts would be transferred to local governments that surround the area.