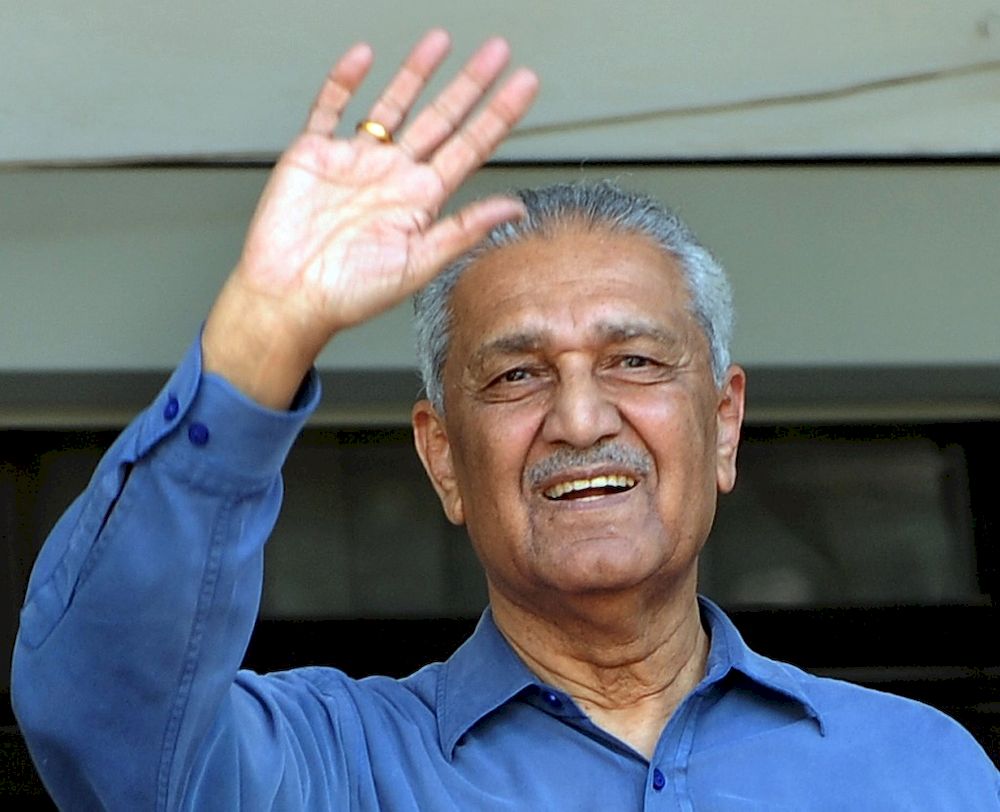 ISLAMABAD, Oct 10 — Abdul Qadeer Khan, the founder of Pakistan’s nuclear weapons programme who was accused of smuggling technology to Iran, North Korea and Libya, has died at 85, authorities said today.

The atomic scientist, who spent the last years of his life under heavy guard, died in the capital Islamabad, where he had recently been hospitalised with Covid-19.

He had been admitted to the same hospital in August with Covid-19.

But after being permitted to return home several weeks ago, he was transferred back after his condition deteriorated, it said.

Khan was hailed a national hero for transforming Pakistan into the world’s first Islamic nuclear power and strengthening its clout against rival and fellow nuclear armed nation India.

But he was declared by the West a dangerous renegade for sharing technology with rogue nuclear states.

The news of his death sparked an outpouring of grief and praise for Khan’s legacy.

“Deeply saddened by the passing of Dr A Q Khan,” Prime Minister Imran Khan tweeted, stressing how loved the nuclear scientist had been in Pakistan due to “his critical contribution in making us a nuclear weapon state”.

“For the people of Pakistan he was a national icon.”

The prime minister said the scientist would be buried at Islamabad’s majestic Faisal Mosque at his request.

According to Islamic tradition, burials should take place as soon as possible, usually within 24 hours of death.

Khan was lauded for bringing the nation up to par with India in the atomic field and making its defences “impregnable”.

But he found himself in the international crosshairs when he was accused of illegally sharing nuclear technology with Iran, Libya and North Korea.

He confessed in 2004, after the International Atomic Energy Agency — a UN watchdog — put Pakistani scientists at the centre of a global atomic black market.

Pardoned by the nation’s military ruler Pervez Musharraf, he was instead put under house arrest for five years.

“I saved the country for the first time when I made Pakistan a nuclear nation and saved it again when I confessed and took the whole blame on myself,” Khan told AFP in an interview in 2008.

After his house arrest was lifted, he was granted some freedom of movement around the leafy capital, but always flanked by authorities, who he had to inform of his every move.

Khan, who was born in Bhopal in pre-partition British-ruled India on April 1, 1936, was also behind the country’s aggressive missile development programme. — AFP