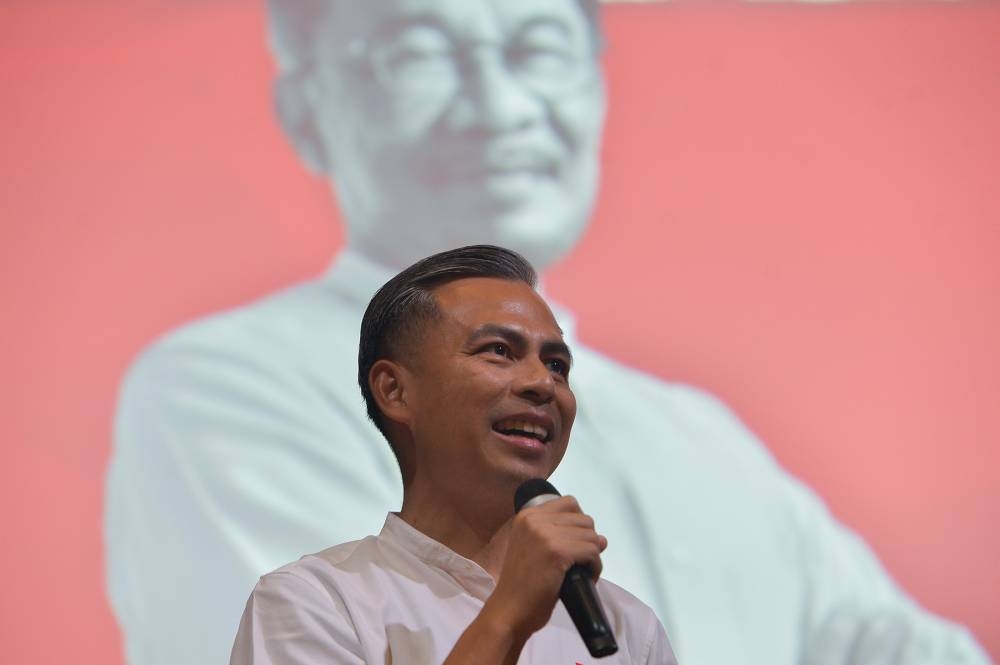 KUALA LUMPUR, Nov 11 — Pakatan Harapan’s (PH) offer to voters this year is its most mature manifesto yet, as it is guided by its experience of being in the federal government and also the failures of the caretaker prime minister Datuk Seri Ismail Sabri Yaakob’s administration during the massive floods, the coalition’s Fahmi Fadzil said.

This team featuring three to four representatives from each of the four parties were led by former Melaka chief minister Adly Zahari, whom Fahmi described as someone who has experience in putting together a government budget.

“They have been meeting for the last many months, some of them have been working since last year on issues, and putting things together but really finalised in the last three, four weeks,” he told Malay Mail recently.

While some may say some of the points in PH’s GE15 manifesto are a carry-over from previous manifestos, Fahmi said these represented items that PH was unable to implement previously in its short time in power but are committed to doing, such as working towards eventually doing away with highway tolls on the North-South Expressway (Plus).

“By mature I mean, because we have constructed the previous manifesto, and then we were in Putrajaya, we are more experienced, understanding if we are going to say this, how can we make it work,” he said.

He also highlighted that the manifesto is also responding to more recent and pressing issues such as climate change, contract doctors, jobs, wages, cost of living, housing and public transport and basically the economy.

“I think we have to understand, Malaysia is getting out of the pandemic, we have to understand people have lost jobs, houses, lives, and the focus is economy. The focus is on growing the economic pie, providing the necessary incentives so that people have better jobs, better pay, so that they can afford better housing, it’s about bread and butter,” he said, noting the high number of people coming to him to ask for financial aid and saying this was an issue nationwide.

Fahmi noted that the PH manifesto also addresses the previous administration’s failure to provide more funds for flood recovery efforts to affected households, which had forced the public to resort to taking out money from their retirement funds to cope with the disaster.

“So previously we saw, it was a very small amount, I think like RM5,000, RM10,000, but I think having been through this very destructive floods in December and then once again in March, it has really given us this understanding that you cannot continue to expect people to fish out funds from their own retirement savings, Employees Provident Fund (KWSP), that failure to me singularly boils down to the prime minister.

“If the prime minister instructed that we withdraw funds from the National Trust Fund (KWAN) for example to save people who have been affected by the floods, I think that would have saved many people having to pressure the government to withdraw their savings from KWSP.

A more realistic approach after seeing the costly reality

Fahmi said the Harapan Action Plan is a more balanced and more reasonable manifesto “touched by the hard reality of having governed before”, as PH had experienced having plans for Malaysia — only to be hampered by the need to first fix legacy problems and to plug massive financial holes left by the previous administration.

“It’s like what (PKR president Datuk Seri) Anwar Ibrahim said, we don’t promise the moon and the stars, so the contents of this manifesto, this action plan are also realistic.

“Because when we went in, we got a five-year contract to maintain a house, the house is called Malaysia. When we entered the house, we saw ceiling is broken, the pipes are broken, the wiring is shot, the sink in the kitchen is leaking and the windows are broken, so we started to do an audit to see what exactly is wrong.

“At the same time, it was about charting how do we grow this house, how do we make it better? As we were about to execute, we had a plan. Initially, before coming in, we won the bid in GE14, we submitted the bid, at that time we said these are the things that we need to do.

“Once we actually went onsite, once we actually went into the house, we realised the situation was very different. 1MDB — then we realised the extent of payment that we have to make every year until 2037, and that debt has to be serviced, we have to find money for that. So things that we had planned for did not factor in the gross amount of debt that we owe because of 1MDB, thanks to Najib,” he said, referring to former prime minister Datuk Seri Najib Razak.

“So if you are swallowing up billions every year to pay debt, those billions that are going to 1MDB should have gone to the free breakfast programme. So now, in order to run that programme, something somewhere has to be cut, for example, so when we came into the house, we saw all these things — LCS (Littoral Combat Ships), Tabung Haji, LTAT, Felda, so many problems. Every minister had its own problems, because the way the previous management was running the house for 60 years, they were running it into the ground.

“Imagine Tabung Haji has an Act that says if your losses exceed your profits, you are in no position to pay dividends. Yet in spite of that warning, in spite of that being the Act, the BN government continued to pay dividends through creative accounting. So they were doing something very wrong to the house. So we discovered all of that and we spent a lot of time understanding and fixing,” he said.

While PH had already started efforts to fix those problems including saving Felda and LTAT and carrying out a full forensic audit on the LCS scandal, a new government came in through the back door who said they could do a better job but ended up doing things such as enlarging the Cabinet, he said.

Using the same analogy, Fahmi said PH’s manifesto this time is “more realistic” as the coalition had seen first-hand what is wrong with the house and having understood how different parts of the house were working or not: “That’s why I do believe it’s more realistic, so we know this can be done, this cannot be done.”

Besides intending to strengthen democratic institutions such as introducing reforms to ensure Parliament’s independence, PH remains committed to strengthening the judiciary to ensure it remains fully independent, he said.

Some of the points such as strengthening the judiciary were not specifically in the PH manifesto as PH leaders have long been committed to such matters, he said.

With Anwar having given the commitment to have a smaller Cabinet and to not take wages as prime minister if PH wins in GE15, Fahmi said items such as limiting the Cabinet size or not having minister-level special envoys need not be specifically mentioned as well due to PH’s long-standing commitment and criticism of such matters.

“I don’t have to list, I promise not to take any commission money, because I have declared my assets, it’s already part of our culture,” he said.

Fahmi pointed out that Anwar had not taken the RM50,000 monthly allowance allocated to him as an Opposition leader, saying: “He’s just being consistent.”

While PH’s manifesto includes the promise to set up new government departments for children, senior citizens and persons for disabilities, Fahmi pointed out that there would be cut down on wasteful expenditures such as having more than one deputy minister.

Setting up such new departments or agencies would be for “efficiency” in terms of their focus, with Fahmi saying it may not necessarily incur more costs as it could be a matter of redeploying or reassigning existing resources.

“By creating new agencies, it’s really about understanding the workforce and the civil service, and whether you are amalgamating, or apportioning, seconding, it’s not necessarily adding new people.

“It’s like we had one minister that was in charge of a ministry that was broken up into three ministries. Yeo Bee Yin’s ministry was broken up into three, so those three can be combined into one again without anybody losing jobs. But we don’t need three ministers, six or seven deputy ministers to run what was effectively being run by two people at that time,” he said, referring to the Ministry of Energy, Science, Technology, Environment and Climate Change which was headed by Yeo and her deputy minister then Isnaraissah Munirah Majilis.

“So PH does have a work culture, and it’s just part of our political ethos,” he said.

“I mean why do you need two deputy ministers for example? So Anwar Ibrahim has publicly declared that the Cabinet size will be smaller, we will follow through,” he said, adding that this will save the government money as expenditure has to be spent on not just paying for a minister but their staff as well.