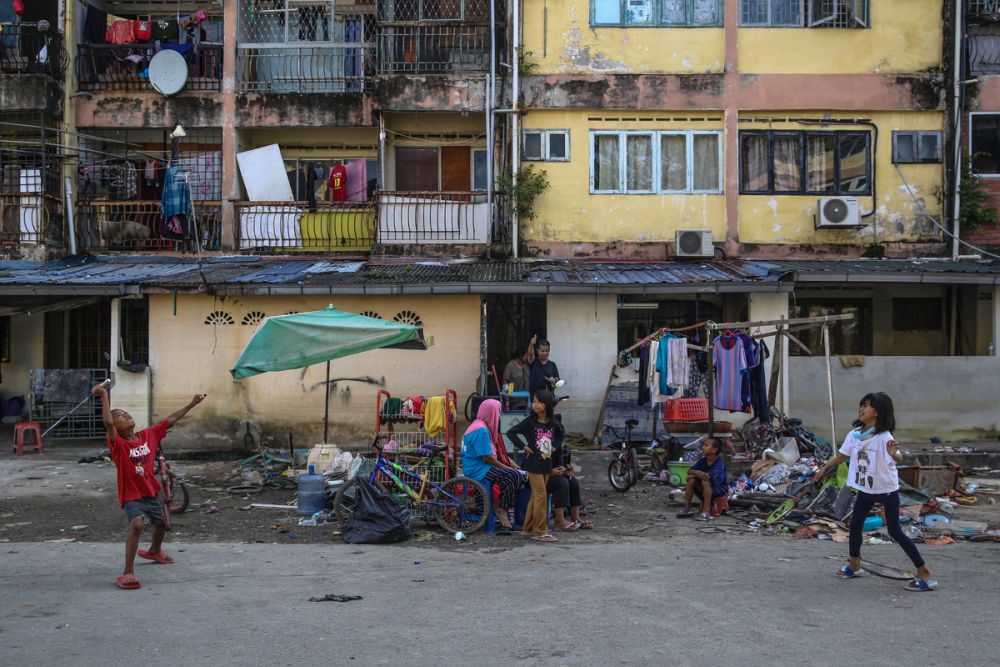 A man looks on as an excavator clears debris and rubbish off the streets in Taman Sri Muda, Shah Alam December 29, 2021. — Picture by Yusof Mat Isa

KUALA LUMPUR, Dec 30 — The risk of frequent floods that comes with climate change has prompted one expert to warn about the potential cost on Malaysia’s economy, as the necessary mitigation work could eat into future federal and state budgets and possibly force cuts to crucial allocations.

Lee Wei Koon, a professor who heads the Centre of Studies (Water Resources and Environmental Systems) at Universiti Teknologi Mara, said most states, including one as rich as Selangor, lack the necessary infrastructure to mitigate a flood on the scale that hit the Klang Valley over the weekend of December 18, which has been estimated to have incurred losses of at least RM20 billion.

For the Klang Valley, the country’s industrial heart, mitigation strategies must include either storage or diversion for flood waters. Storage may be in the form of retention ponds, off-river storage (ORS) systems or in-river storage.

The construction of such ponds or ORS would require considerable land area, whereas in-river storage may be achieved by building river bunds to increase the storage capacity of the river itself.

Meanwhile, diversion works by channelling the flood water to a neighbouring system, such as the proposed but cancelled Canal City scheme to divert the Klang river flow to the Langat river system.

But beefing up these infrastructures would be capital intensive, according to Lee’s estimation.

And given the government is already squeezed fiscally, policymakers could be forced to make cuts to key allocations as it tries to juggle and meet other national agendas.

“These infrastructures are capital-intensive projects and will also need continuous maintenance,” he said in an email interview with Malay Mail.

“The analysis aside, the government needs to juggle between multiple national agendas in the allocation of its fiscal resources. Should flood mitigation be given higher priority than education or healthcare, for example?”

A woman does her laundry outside her home in Taman Sri Muda, Shah Alam December 29, 2021. — Picture by Yusof Mat Isa

Flood damage quantification can be an uphill task. While tangible losses such as infrastructural damage, affected crops and livestock, and asset and household losses can be easy to estimate, intangible losses like injuries, deaths, and the destruction of valuable ecology of historical heritage tend to be much more difficult to quantify.

The auditors must also take into account indirect damage in the form of human trauma, stress, anxiety, depression, and a disaster’s potential impact on families, which official appraisals often exclude because they are far less discernible and tougher to calculate.

Local sources estimated the December floods that hit several states –inundating several densely populated areas of Selangor and killing over 30 people in an incident that meteorologists have described as a “once-a-century event” — to cost over RM20 billion.

“Assuming the estimate is correct, a capital investment of the same amount would have yielded its full benefit if the current flood can be prevented,” Lee said.

“If the actual engineering solution costs less than this, or a similar flood event is prevented within a short span of a few years, the benefit would have exceeded the cost… but how much will be enough? Is it possible for the country to achieve zero-flood as mooted by some interest groups?”

Climate experts believe the mid-December floods were likely a direct consequence of a tropical depression which made landfall on the east coast of peninsular Malaysia as early as December 16, bringing torrential rain over a span of three days.

While the floods may be an annual occurrence, the ones that hit the Klang Valley were seen as a freak incident, which the authorities have cited to defend themselves against deep public resentment.

Over the three-day period, most of Selangor and the capital city saw unprecedented rainfall amounting to 380mm, more than five times the national average.

Lee said the recent floods were comparable to the 2014-15 east coast floods, the 1996 Sabah flood and the one that hit Kuala Lumpur as far back as 1971.

This, and the poor response to the disaster, have caused alarm and raised questions about the country’s preparedness to face floods of such a scale in the future, especially for a state like Selangor where its infrastructures and urban planning were less designed to be disaster-proof.

The country has an Urban Stormwater Management Manual prepared by the Drainage and Irrigation Department, a comprehensive guideline used for drainage planning and design, but Lee suggested none of the recommendations were designed to withstand the magnitude of floods seen recently.

“As the most developed state in the country, is Selangor’s infrastructure capable of addressing severe floods like the one we just observed? The obvious answer is no.

“Flood occurrence has become a norm — except this time, it is very much the worst in the memory of a generation. We are forgetful people who carry on with our lives as usual after a six-hour jam due to six-inches of water on the main road. But this forgetfulness soon turns on us with six-feet of water lingering for six days or worse,” he said, stressing that public cooperation is crucial for any mitigation strategy to be effective.

Most states have put in place a basic drainage system that includes major drains that can still function to direct flood flow from the minor system that water should discharge into the major system without causing flood. But Lee noted the minor systems are often clogged or silted.

“The fault is both to be shared by poor public education and awareness translated to indiscriminate rubbish disposal, as well as the lack of periodic maintenance by the municipal council (or the appointed contractor),” he said.

Melati Nungsari, an economist, said the recent floods should force the federal government to rethink the way it responds to disasters.

Putrajaya has disbursed up to RM1,000 in direct cash aid to affected households, and micro-small businesses were offered a loan facility of up to RM10,000 interest free, among others.

Melati said help offered so far is inadequate to address the crisis.

“In any ordinary time, people could still fall back on their savings if they needed it. But the floods plus two years of Covid-19 coupled with long lockdowns have really taken a toll on households,” she told Malay Mail.

“Before the floods, many of these displaced households could at least say that they had their homes and whatever other assets in their homes were still available to them — now, this is not the case anymore,” the economist added.

“As we remember, a number of individuals have already withdrawn most of their retirement savings — and the numbers we have seen, though very grim, only point to those who are in salaried (private sector) jobs.”