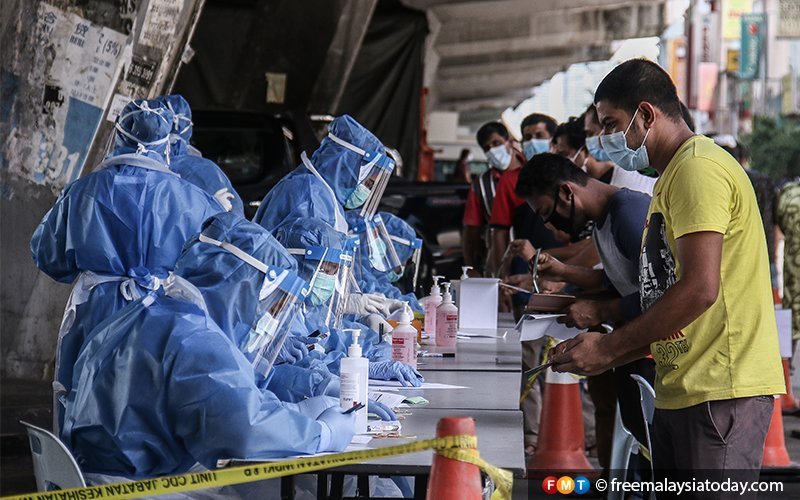 PETALING JAYA: The Malaysian Employers Federation (MEF) has raised concerns over the government directive on the screening of foreign workers for Covid-19, saying it lacks clarity and has confused both employees and employers.

Reacting to the latest announcement by Senior Minister for Security Ismail Sabri Yaakob that foreign workers in Selangor and Negeri Sembilan would be screened for the coronavirus from yesterday, MEF executive director Shamsuddin Bardan complained that Putrajaya was giving conflicting orders.

“Initially it was reported that all foreign workers in the CMCO states had to do the screening immediately.” he said.

“However, it was announced later that only foreign workers in red zone areas in Klang and Seremban were required to do the screening.

“Then, suddenly, it was announced that foreign workers in Selangor and Negeri Sembilan are the ones who have to do the screening, followed by employees in other CMCO states.

“When actually does the screening need to be done in other CMCO states?”

Recently, Ismail said the first round of testing would involve 100,000 swab tests and employers were required to make appointments with private health facilities to prevent congestion.

“It will start on Dec 1, starting with Selangor and Negeri Sembilan, then followed by workers in Kuala Lumpur, Penang, Sabah and Labuan,” he said.

The cost will be paid for by both Socso and employers whose workers contribute to Socso. Employers will be able to claim a RM60 subsidy from the social security fund for every worker tested.

The subsidy is applicable to only the first test. The cost of any subsequent test will be fully borne by the employers.

The president of the Federation of Malaysian Manufacturers, Soh Thian Lai, said FMM had not received any negative feedback from members regarding the screening process.

“It is too early to comment on the actual process as it just started on Tuesday after the guidelines were issued by Socso a day earlier,” he said.

However, Soh raised concerns regarding the capacity of clinics and hospitals to handle the high volume of screenings.

“As such, we strongly recommend that the screening be done at the factory premises if the workplace can cater to it and if the clinics have the resources to deploy staff, particularly in the case of companies with large numbers of foreign workers,” he said.