Dr Noor Hisham: Daily Covid-19 cases back up to nearly 7,000 after two-day dip 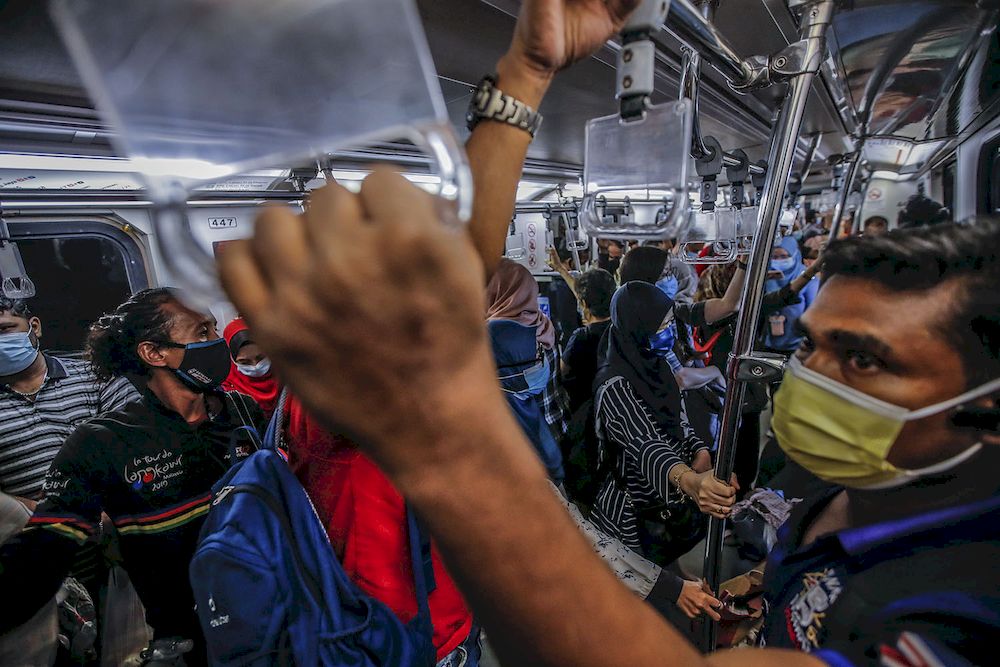 A general view during peak hour at Pasar Seni LRT station May 25, 2021. ― Picture by Hari Anggara

KUALA LUMPUR, June 11 — New Covid-19 cases jumped back up to nearly 7,000 as of noon after dipping below the psychological threshold of 5,000 in the last two days, Health director-general Tan Sri Dr Noor Hisham Abdullah tweeted today.

Infections in Selangor and Kuala Lumpur accounted for close to half of the 6,849 reported positive cases. Cumulative cases now stood at 646,411.

Selangor, the country’s most populous state which has ramped up testing since last month, reported 2,558 cases while neighbouring Kuala Lumpur recorded 884.

Sarawak and Negri Sembilan accounted for the third and fourth highest cases, at 699 and 685 respectively.

The country has been placed under “total lockdown” since June 1 as the National Security Council bids to curb the surge in cases and relieve a strained healthcare system.

The JKJAV said that 111,130 individuals were given their first dose of the vaccine, whilst 46,819 others completed their second required dose for full vaccination.

This also marks the third day that the daily vaccination rate has been over 150,000, with 154,866 shots being administered yesterday and 151,309 the day before that.