“Do They Think It’s Charity?” — Man Gets Rejected From Job For Asking If They Pay Overtime 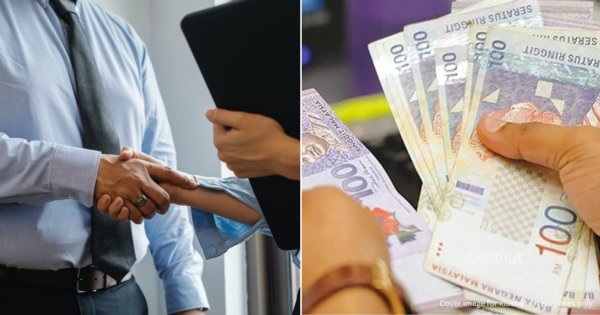 When preparing for a job interview, many candidates often think about what questions may pop up and how each question should be answered

Oftentimes, preparing for what the interviewers will ask is a smart strategy when trying to land a job. But in other cases, having questions of your own to ask the interviewers about their company is just as necessary.

Using the Chinese social media platform, Dcard, an anonymous man recently shared an incident of a job interview he attended that didn’t go as planned.

Easy to say, however, he didn’t get the job after all was said and done. The intriguing part of the whole situation occurred when the human resources team informed him that his rejection came down to the fact that he asked a question they did not like: if they pay overtime.

While the question may seem innocent enough to some, others beg to differ on the matter. Is asking such a question fair in the grand scheme of job applying?

Image for illustration purposes only.
Image via Sora Shimazaki/Pexels

Briefly providing an overview of the situation, the man stated that the process was fairly regular at the beginning

After receiving information on the company by one of his acquaintances, he applied accordingly and received a callback for an online interview. The role he applied for, however, was not revealed.

“There was no discomfort during the day and for the interview itself. I gave my introduction, we talked about the services and operations carried out by the company, and everyone was professional the entire time,” he wrote.

By all accounts, trouble ensued after the interview concluded, and the interviewers opened the floor for the man to ask them questions.

Image for illustration purposes only.
Image via RODNAE Productions/Pexels

When the man asked about salary and overtime payment, he elaborated on how he was brashly shut down, and didn’t receive solid answers for either question

“When I asked if I will receive overtime pay, the interviewer straight up told me ‘We don’t work overtime here’. I doubled-down on my question and asked what if such a situation arises.”

Seemingly exasperated by his question, the interviewee stated that if he would like to work overtime on any day, he’d need to contact his superior and notify them, so as to receive replacement leave as opposed to overtime payment.

“The human resources person also interjected, adding that it would be approved if it was deemed ‘necessary’ for me to work overtime as according to my supervisor. If the supervisor allows it, then I will receive overtime pay or compensatory time off,” he added.

Sensing tension in the air, the man explained how he’s had a long running history of working overtime in the past, and merely wanted to ask about overtime in fairness. “Of course it’s better to not work overtime, but I needed to ask.”

Image for illustration purposes only.
Image via The Malaysian Reserve

However, it seemed as though the unnerving agitation continued when the interviewer asked if the confessor had any other questions, to which he brought up a query on salary structure.

“Human resources interjected again, and told me that we can discuss it somewhere down the line at a further stage of the process,” he said. At that point, the interview concluded, and the confessor did not have a good feeling about the situation.

“They said they wanted senior staff members to be acceptable of the work and reasonable to what they offer, saying I only care about overtime pay”

A week after the interview, the confessor received a reply from a human resources representative that he would not be accepted for the role.

In the message chain, it was conveyed that his rejection was on the basis of relevant work experience, claiming he was not suitable for the role. The confessor also went on to convey how he was told that his persistence in asking about overtime pay led them to believe that money was all he cared about when it came to working overtime.

“I don’t accept this comment about me, but I have no say in the decision of my fate, so I share it here,” he said in conveyance to readers of his post.

Ending his confession, the man poses the question as to whether job candidates should ask about overtime benefits during the interview process. “I have already asked questions tied to the job itself, what else am I going to ask about on my behalf?” he concluded.

The message exchange between the man and human resources.
Image via Dcard

Many responders differed across the board on this matter — some sided with the man, while others strongly disagreed

Sticking up for the man, one person asked, “When it comes to work, do they think you’re working overtime to do charity?”

Another person understood why the man asked a question on overtime. “Money is important for a job. Once the money is in place, everything else is negotiable.”

Differing with the man, one comment told him that maybe the interviewer wanted him to ask more about the vacancy at hand. “You could have expressed a clearer interest in the vacancy, as opposed to asking questions primarily related to the salary of the position.”

Piggybacking off that, one more person took a softer approach in telling the man that while it was fine to ask questions about overtime payment, he should have done it separately with human resources, and not in front of the interviewer.

“For the interviewer, I guess his thoughts may feel awkward. He wanted to know if you’re a good fit for the job. After all, everyone has different ideas.”

A few responders even probed the man to reveal the company that rejected him, somewhat seeking to stay clear of the establishment when they apply eventually.

“I won’t go there anyways, tell me the name,” asked one, while another was more descriptive with his answer. “We are not volunteers. What is a company where you work at, and cannot claim overtime pay or ask about the salary? You should reveal which company this is for others to avoid going there.”

Wrapping up all the comments, one user stated that their opinions don’t matter, as the confessor was already rejected for the job, “If that is the case, you’ll be better off not working for them.”

Read the full confession on DCard below:

Another man claims to be perpetually bullied in his office, and wonders if he should quit his job:

One woman claimed to have been fired from her job just after going on maternity leave: