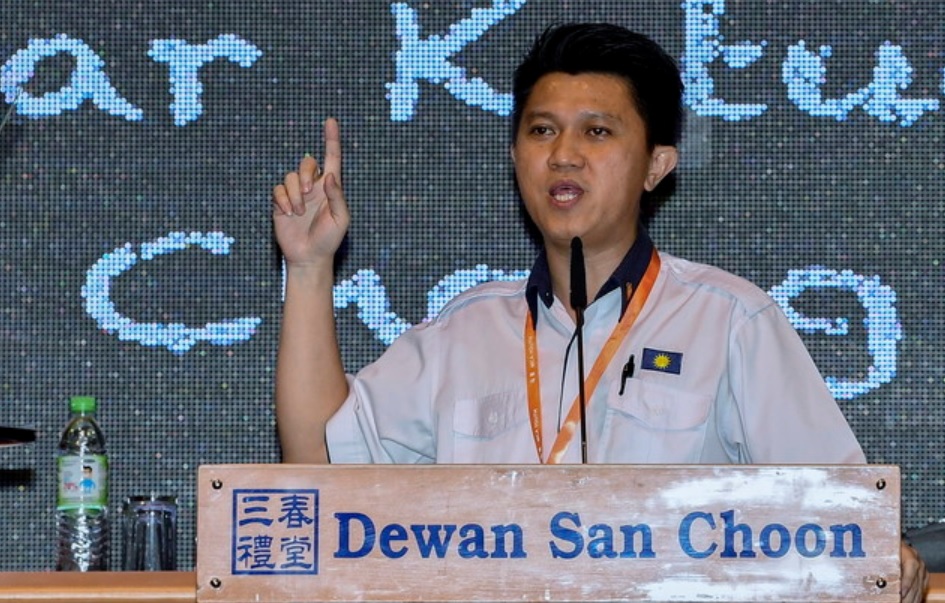 KUALA LUMPUR, Sept 18 ― A former deputy education minister said he was shocked by a recent poll which found as many as one in two students in Malaysian schools experienced some form of discrimination.

Chong, currently the chief of MCA’s youth wing, also called on schools to act to address the problem.

He told Malay Mail that he did not receive that many complaints about discrimination when he was deputy education minister.

“I’m shocked looking at the poll result. I didn’t have that experience when I was studying in secondary public school in the late 80s and early 90s. The schooling environment must have worsened over the years,” he said in a text reply.

“During my time (as deputy minister) it was more focused on school bullies, not so much of race-based discrimination… so I didn’t really get that kind of (complaints) and if the discrimination is coming from teachers, of course the ministry must take it seriously,” he added.

Chong suggested that the ministry set up a special committee to study the survey’s findings.

Released yesterday, the survey titled “Discrimination in Education Survey” found nine in 10 ethnic Indian respondents or 87 per cent said they felt discriminated in schools because of their ethnicity alone, followed by skin colour (69 per cent) and religious beliefs (65 per cent).

Around three-quarters of them pointed to teachers as the source of their experience of discrimination (74 per cent).

Over half of ethnic Indian respondents (54 per cent) also said they suffered verbal discrimination, followed by 40 per cent who said they were denied access to opportunities because of their identity compared to other ethnic groups.

A whopping 92 per cent of the same group of respondents also said no investigation or action took place after they reported their experiences of perceived discrimination to authorities.

Chong said schools are supposed to be a place to build mutual understanding about multiculturalism. — File picture by Shafwan Zaidon

Chong said schools should not be places that plant the “seeds of racial hatred.”

Sekolah Semua said the survey aims to explore public experiences of perceived discrimination in Malaysian schools, on the back of concerns that little to no data have been systematically collected to estimate the extent of discrimination in the Malaysian education system.

This lack of data occurs despite anecdotes of experiences of discrimination being widespread in public discourse.

Jason Wee, who co-founded the movement, said the findings should be a wake-up call for individuals who are insulated from discrimination or do not interact with people who have been discriminated against.

“I think the survey findings will provide a reality check especially since some groups experience discrimination a lot more than others,” Wee told Malay Mail.

“In my lay observation thus far, we do not have sufficient practices that establish norms for anti-discrimination in schools,” he added.

“By avoiding talking about race, religion and gender, we have allowed stereotypes, prejudices and harmful ideologies to proliferate be it naturally or through external forces.”

The push for anti-discrimination laws has been a contentious one in the country.

Moderates within past administrations supported it but were often met with resistance from conservative Malay groups who felt the laws could strip off special privileges accorded to the Bumiputera.

When the Barisan Nasional government that Chong was a part of lost the 2018 general elections, the Pakatan Harapan (PH) administration vowed to table laws that would outlaw any form of discrimination but they were ousted just two years into power.

The education minister at the time Maszlee Malik ― until his resignation last January, just weeks before the fall of the PH government ― did not respond to Malay Mail’s request for a comment.

Wee feels an anti-discrimination law, while not a silver bullet, could be a good start to tackle the problem.

“Discrimination happens beyond education. It could empower institutions ― such as schools ― to implement their own efforts,” he said.

“However, a law alone would not be sufficient. Our approach should be multidimensional and that includes training of educators, restorative justice processes and revising our curriculum & pedagogy.”

The two administrations after Pakatan Harapan ― Perikatan Nasional and the current government ― have said they would not table an anti-discrimination Bill.