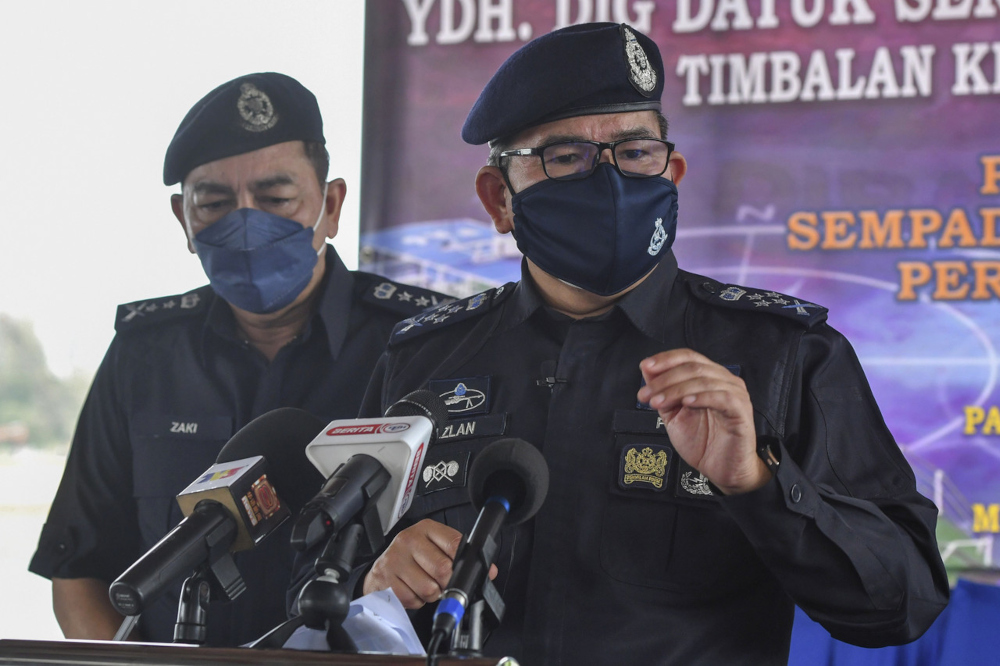 MARAN, Nov 25 — Police are investigating Sepanggar Member of Parliament, Datuk Mohd Azis Jamman over his speech at the parliamentary session earlier this month.

Deputy Inspector-General of Police, Datuk Seri Mazlan Lazim, who confirmed the matter, said it was a normal investigation after police received a report involving Mohd Azis.

“We received the report, so we are conducting an investigation, after that we will consult the AGC (Attorney General’s Chambers). This is just an investigation and not taking of action yet,” he said today when asked to comment on police who took Mohd Azis’ statement.

It was previously reported that Mohd Azis at a press conference held at Parliament building on Tuesday said he was asked to give a statement for about an hour after raising the issue of the Malaysia Agreement 1963 (MA63) and the distribution of government allocations to Sabah during the 2022 Budget debate two weeks ago.

Meanwhile, Mazlan said police had submitted a proposal to the Home Ministry to rent houses from the private sector to overcome the shortage of quarters for PDRM officers and members.

He said for a start, police had applied for over 200 units of houses to rent.

“We will be renting in the Klang Valley first, especially Kuala Lumpur before looking at other cities such as in Penang, Selangor and Johor.

“If we want to build new quarters, it takes time, so this is one of our efforts to look after the welfare of PDRM officers and members as some of them work in Kuala Lumpur but stay in Bangi, Shah Alam and Kajang,” he said.

Meanwhile, Mazlan in his speech said that the quarters for junior officers at the Maran IPD, which was abandoned for more than 16 years, would be completed by early next year.

“I understand that 98 per cent of the repair work on the quarters has been completed and 60 families are expected to move in by January 2022,” he said, after a site visit to the housing area before officiating at the opening of Surau An-Nur, IPD Maran. — Bernama