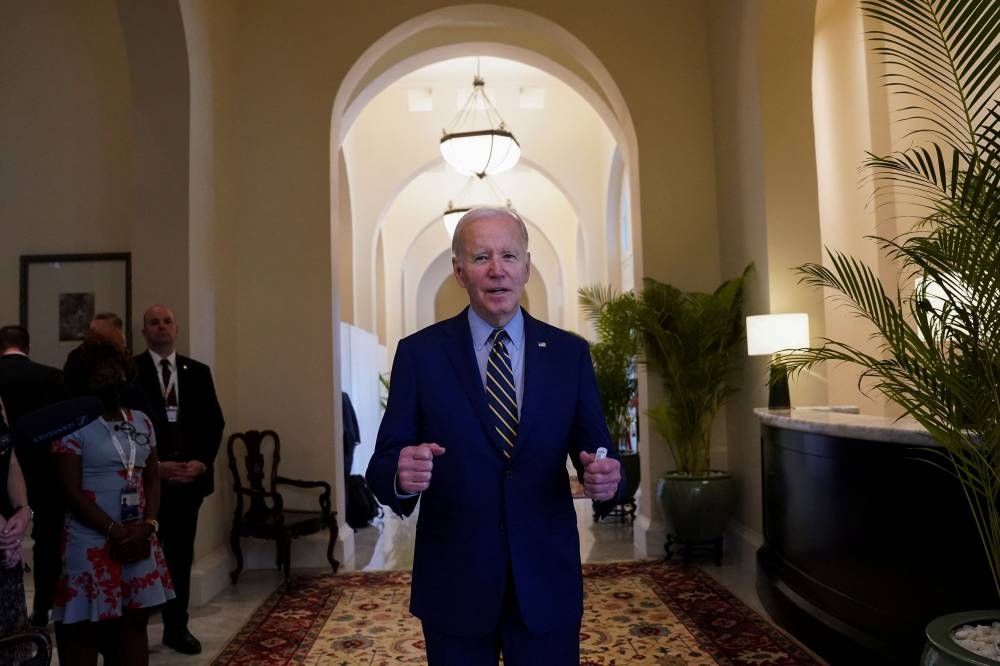 PHOENIX, Nov 13 — Democrats held onto control of the US Senate, handing a major victory to President Joe Biden and extinguishing hopes of the “red wave” that Republicans had expected leading into the midterm elections.

Biden – who struggled with low approval ratings ahead of Tuesday’s elections, partly due to public frustration over inflation – said the late Saturday outcome made him look forward to the remainder of his term in office.

Senate Majority Leader Chuck Schumer described it as a “victory and vindication” for Democrats and their agenda. He accused the Republican Party of stoking fear and division during the campaign.

Republicans, however, remained close to seizing control of the House of Representatives as officials continued counting ballots.

It could take several days or more before the outcome of enough House races is known to determine which party will control the 435-seat chamber. Returns were still flowing in for several races, including many in liberal-leaning California. As of late yesterday, Republicans had won 211 seats, with 218 needed for a majority, ahead of the Democrats with 205.

“The American people rejected the anti-democratic, authoritarian, nasty and divisive direction the MAGA Republicans wanted to take our country,” Schumer said after Senator Catherine Cortez Masto’s re-election win in Nevada sealed control of the chamber for Biden’s Democrats. The Democrats would control the Senate, as they have for the past two years, with 50 of its 100 seats, as Vice President Kamala Harris holds a tie-breaking vote.

If Democratic Senator Raphael Warnock were to win the Dec. 6 Georgia runoff election against Republican challenger Herschel Walker, the Democrats’ 51-49 majority would give them an additional edge in passing the few bills that are able to advance with a simple majority, instead of the 60 needed for most legislation.

“We’re focusing now on Georgia. We feel good about where we are,” Biden said on Sunday in Cambodia ahead of an East Asia summit. “I am incredibly pleased by the turnout.”

Hovering over the 2022 midterm elections all year has been former President Donald Trump, who used his continued popularity among hard-right conservatives to influence the candidates the Republican Party nominated for congressional, gubernatorial and local races.

With Republicans’ lackluster performance – even if they win a narrow majority in the House – Trump has been blamed for boosting candidates who were unable to appeal to a broad enough electorate.

A Republican loss in Georgia could further dampen Trump’s popularity as advisers say he considers announcing this week a third run for the presidency in 2024.

The outcome may increase the chances that Florida Governor Ron DeSantis, who routed his Democratic challenger on Tuesday, opts to challenge Trump for the 2024 presidential nomination.

Democrats had portrayed Republicans as extremist, pointing to the Supreme Court’s decision to eliminate a nationwide right to abortion and the hundreds of Republican nominees who promoted Trump’s false claims that the 2020 election was fraudulent.

Continued control of the Senate means Democrats will still be able to approve Biden’s nominees such as federal judges. That would include appointees to the Supreme Court should any vacancies open in the next two years on the bench with a 6-3 conservative majority.

House Republicans, should they prevail, have pledged to try to roll back Biden victories on battling climate change and want to make permanent a series of 2017 tax cuts set to expire. They also have vowed investigations into Biden administration activities and probes of the president’s son, who has had business dealings with Ukraine and China. — Reuters